The only label indicating truly humane food is “vegan,” so Hy-Vee did the right thing by agreeing not to mislead well-intentioned consumers with the “humane meat” myth. PETA encourages shoppers to stick to vegan meals and speak out against any brand that labels a tormented animal’s flesh as “humane.”

There’s no such thing as “humane” meat, dairy, or eggs. pic.twitter.com/pGItGGL08t

… kept in crowded conditions without access to sunlight or fresh air …

… separated from their offspring …

… and shipped in the freezing cold or suffocating heat to the very same slaughterhouses used by every other meat producer. 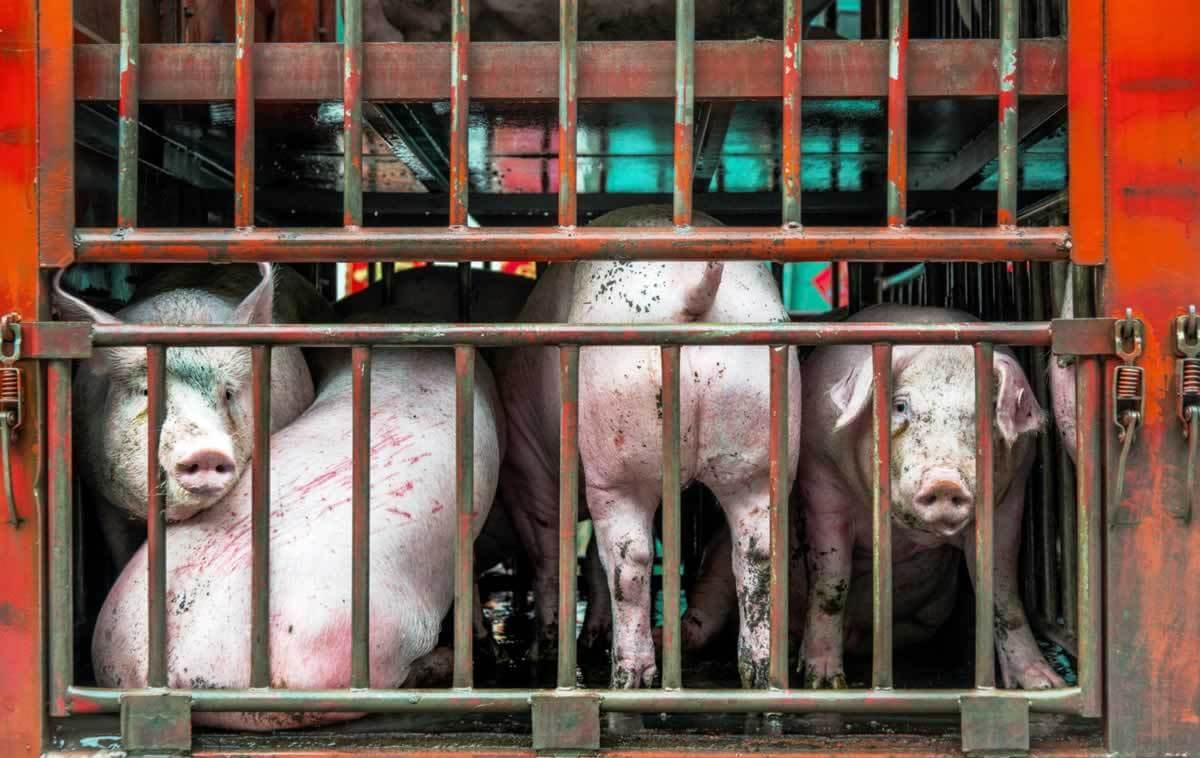 There, they’re hung upside down and their throats are cut in full view of one another, often while they’re still conscious and struggling to escape.

‘Humane Meat’ … Are You Buying It?

Some companies think that with a few reassuring words and a pretty picture of a farm, the American consumer can easily be fooled into believing that no animals were harmed in the production of the flesh beneath the plastic. But we know better. We know that exploiting and killing animals to eat their body parts can never be humane. The only truly humane meal is a vegan one.