Of course, PETA loves cheering for Team Peeta, but Josh Hutcherson has really stepped up his game for animals. The Hunger Games hottie adopted a pit bull puppy from a California animal shelter, and now the dog’s broken femur and broken heart are both on the mend.

Hollywood may be experiencing a second baby boom this year. Marie Osmond adopted a new dog, and Miranda Lambert tweeted that it was “being discussed” whether or not she and hubby Blake Shelton would keep a stray dog she had just rescued.

There were plenty of other discussions about animal issues going on elsewhere in the Twitterverse: 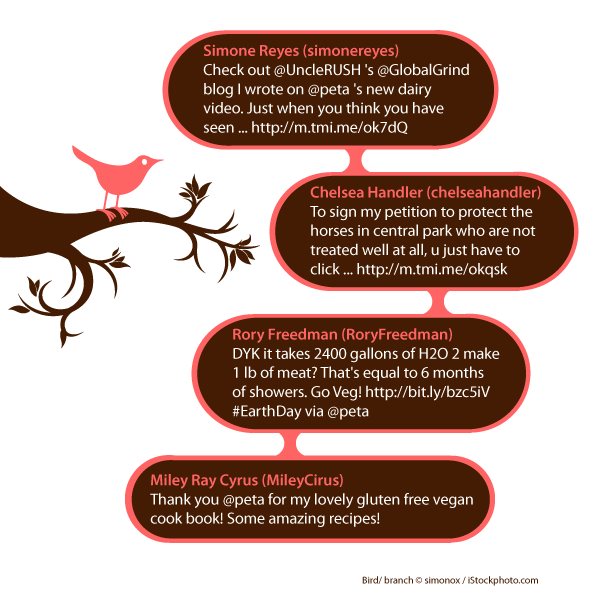 In her post for Global Grind, Simone Reyes wrote in depth about PETA’s dairy farm investigation and made a great case for why milk is bad for our bodies and for animals.