A throng of costumed “elephants”—flanked by hundreds of PETA supporters—rolled up the welcome mat on Ringling Bros. on its opening day at the Staples Center yesterday. In two separate demonstrations, protesters let passersby know that video footage from a PETA investigation shows handlers routinely striking elephants with bullhooks—weapons that resemble a fireplace poker with a sharp hook on one end. A ban on bullhooks, effectively prohibiting Ringling from performing within Los Angeles city limits, will go into effect in January 2017—a precedent that Oakland, California, has recently followed. A bill to ban bullhooks statewide is currently moving through the legislature. 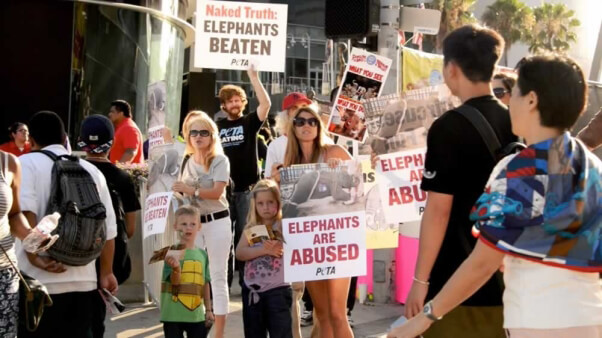 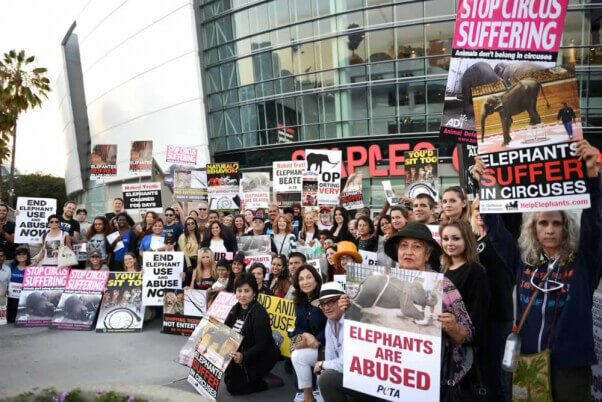 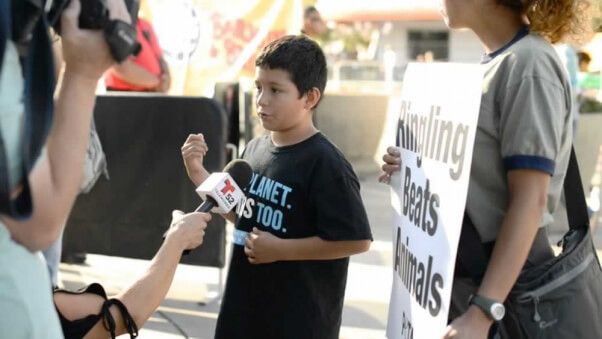 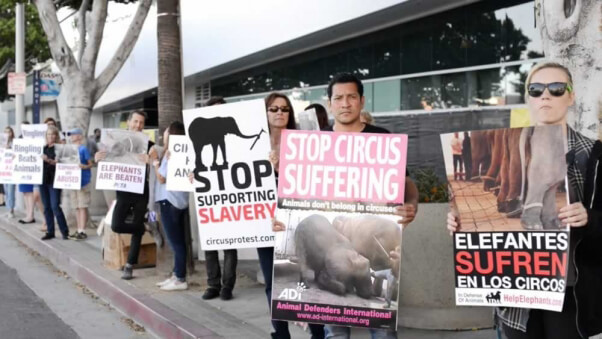 As Ringling stated that it plans to phase out its performing-elephant program, The New York Times published an editorial joining PETA’s call for the circus to retire the elephants immediately.