Who cosplayed as a vegan (and nearly naked) Captain Marvel? It’s none other than longtime PETA supporter Courtney Stodden, who hit San Diego Comic-Con wearing little more than red, blue, and gold bodypaint to encourage attendees to be superheroes for animals by going vegan. 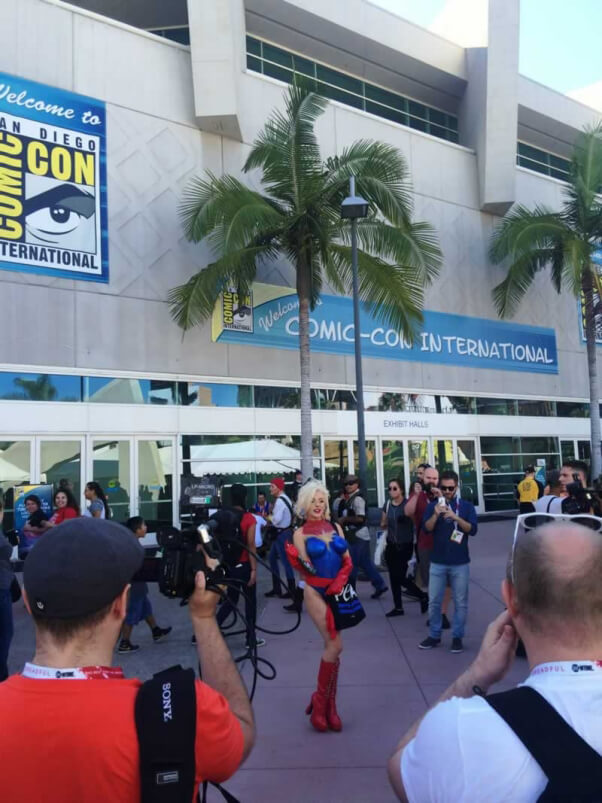 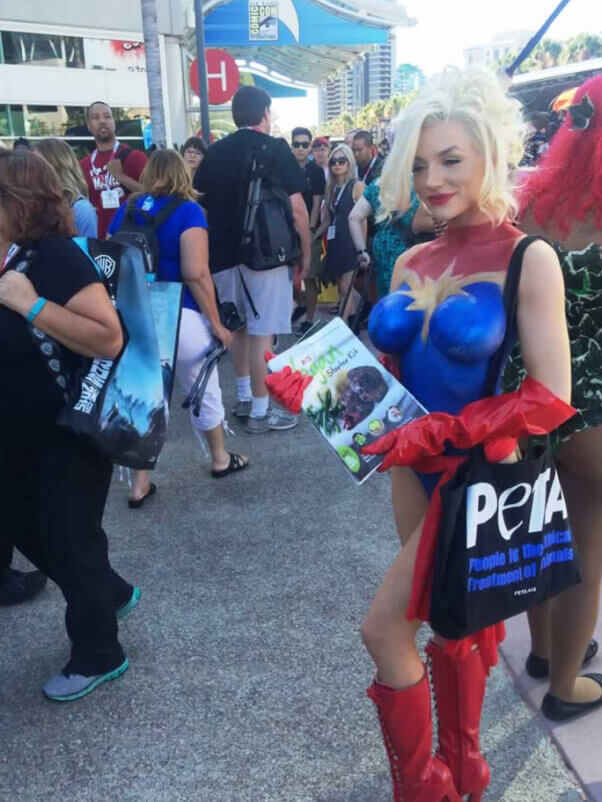 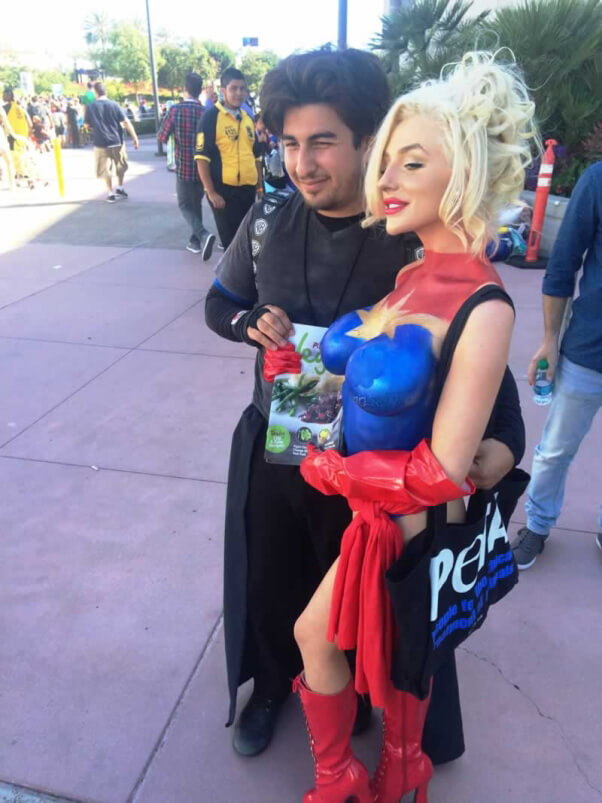 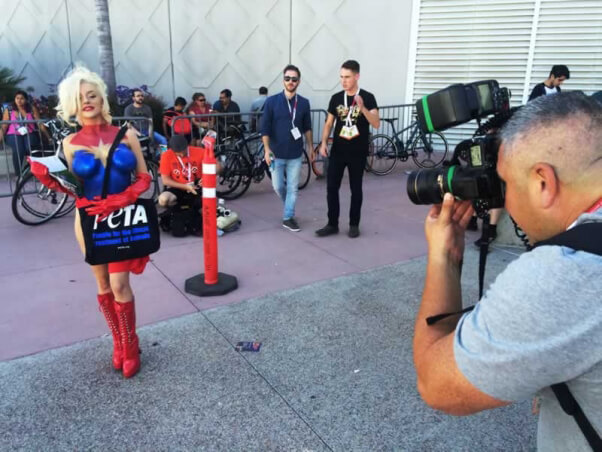 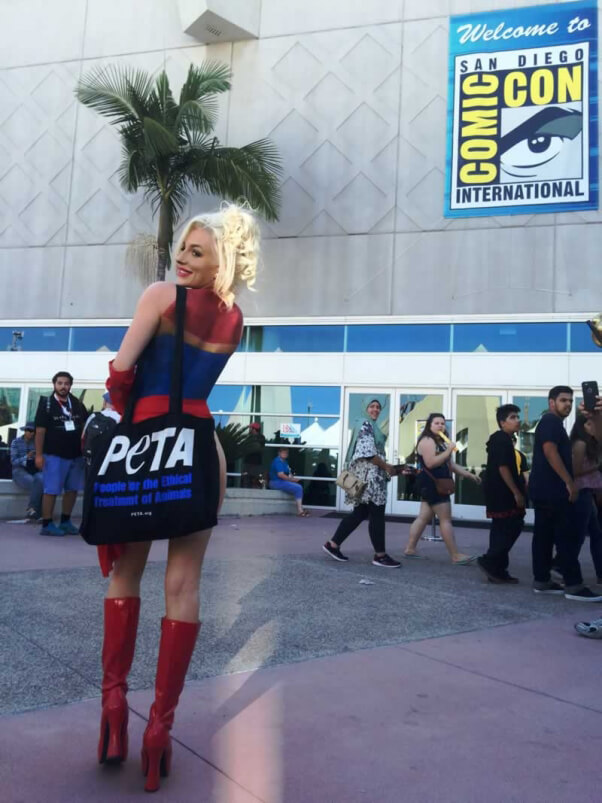 “Eating healthy makes me feel stronger and radiant,” Stodden says. “It’s like I’m a superhero! My super-power would be turning butchers into bakers!”

Vegans come to the rescue of more than 100 animals every year, saving them from daily suffering and a terrifying death in today’s industrialized meat, egg, and dairy industries. Vegans also reduce their risk of heart disease, cancer, and obesity—and they have a lower carbon footprint, too.