HBO canceled its troubled horse-racing series Luck amid PETA’s protests over horse deaths on the set, and the bad luck continues for the show’s creators. Now HBO and the show’s producer, Stewart Productions, have been hit with a lawsuit charging that they willfully allowed horses to be abused and attempted to cover it up. 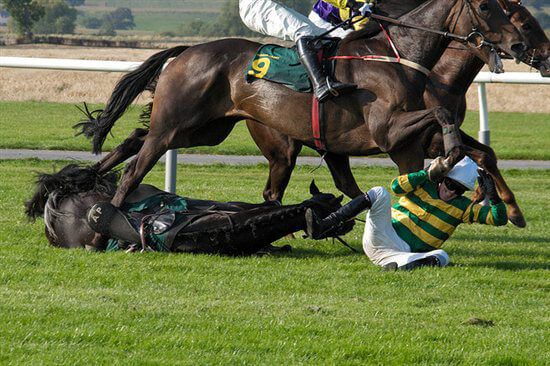 The plaintiff in the suit is Barbara Casey, who worked for the American Humane Association (AHA) and was assigned to monitor animal welfare on the set of Luck. In her claim Casey asserts that HBO and Stewart Productions pressured the AHA to allow them to ignore animal safety standards in order to save time and money. Casey alleges that she balked at the idea but that her superiors sided with the show and ignored her desire to report abuse to law enforcement. Casey’s claim also alleges that underweight and sick horses were routinely forced to work, that horses were often drugged, and that producers went so far as to misidentify horses so that animal safety representatives wouldn’t be able to track down their accurate medical histories. Casey is also suing the AHA for wrongful termination on the grounds that her desire to report the criminal activity led to her dismissal.

According to The Hollywood Reporter, Casey’s lawsuit argues that “AHA bowed to political and financial pressure and refused to report the Production Defendants’ conduct to the authorities. … AHA instructed Plaintiff not to report such conduct. AHA engaged in efforts to conceal and cover up the production defendants’ criminal activities.”

The law-enforcement investigation that PETA pushed for is still ongoing as well and could result in cruelty-to-animals charges.