We’ve adopted out a lot of animals over the years, but we’d be hard-pressed to name anyone more thrilled to be selected as an animal guardian than Linda Day. 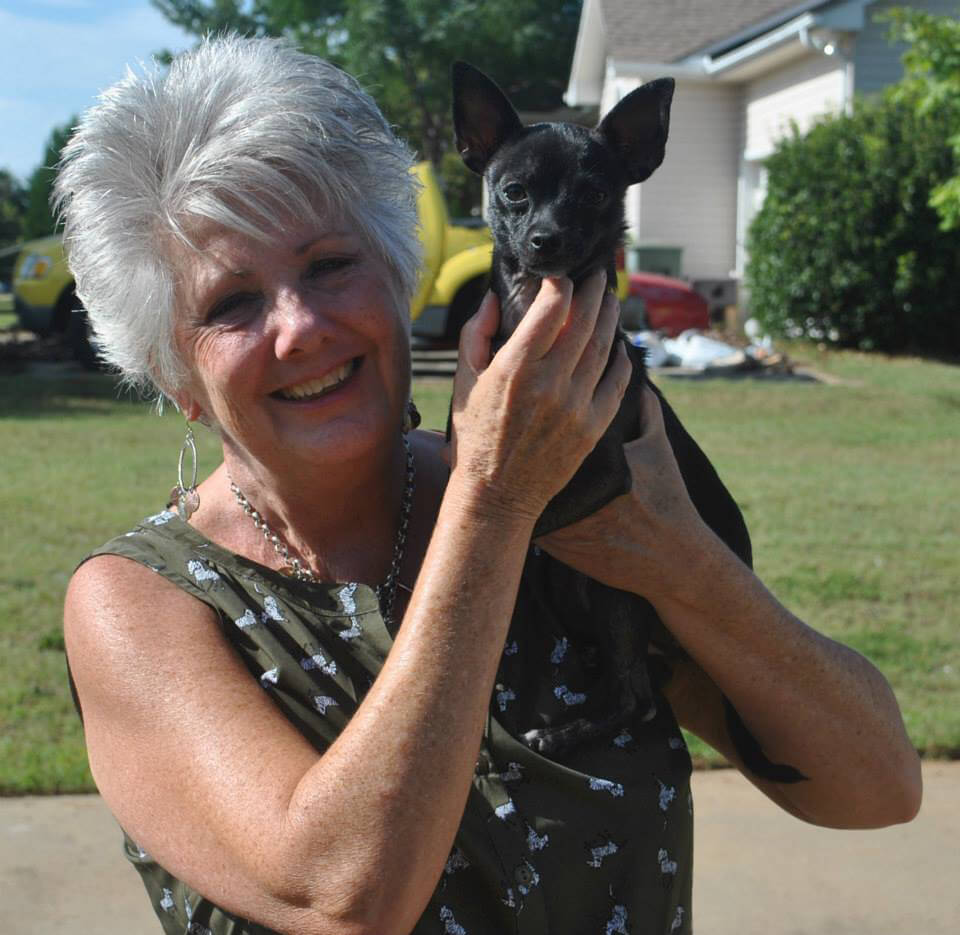 After the Anderson, South Carolina, resident saw photos of Roussette on PETA’s Facebook page, it was love at first sight, and she immediately contacted us, offering to adopt the charming little Chihuahua mix. 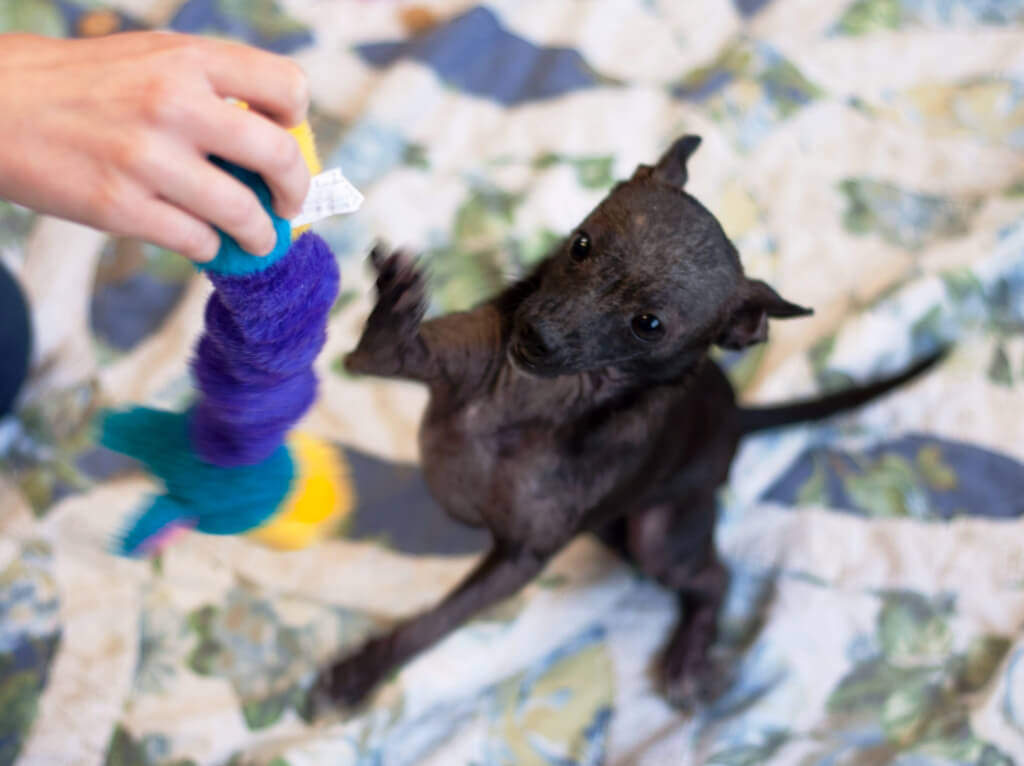 One of Linda’s dogs had passed away earlier this year, and she was looking for a companion for her remaining dog, SassC. Linda was so excited when she learned that she was going to be Roussette’s new guardian that she threw a party to welcome the PETA “pup patrol” van and its precious cargo when it arrived in Anderson after the 8-hour drive from PETA’s headquarters in Norfolk, Virginia. 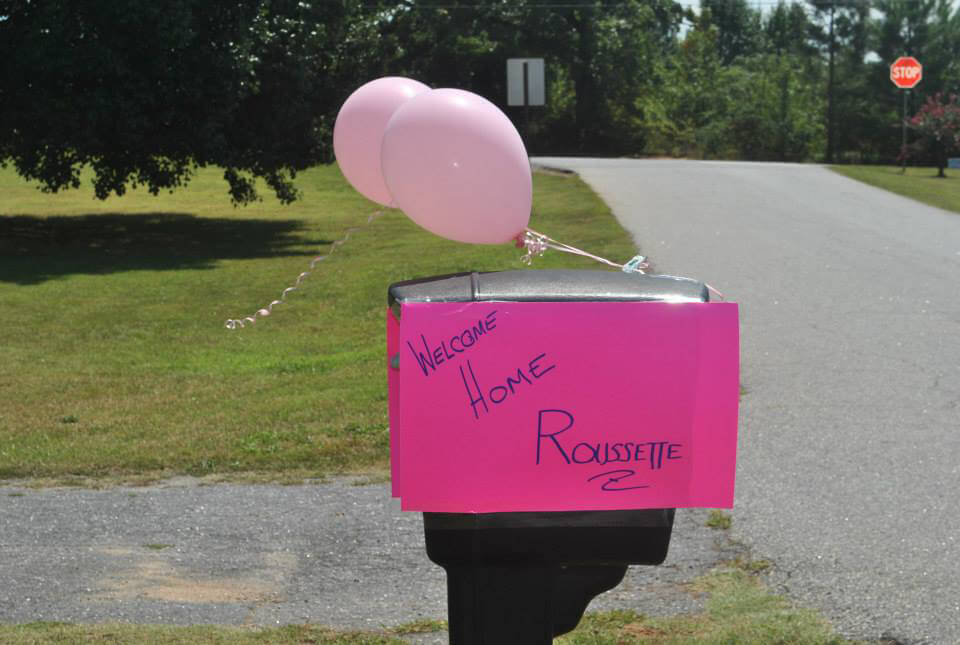 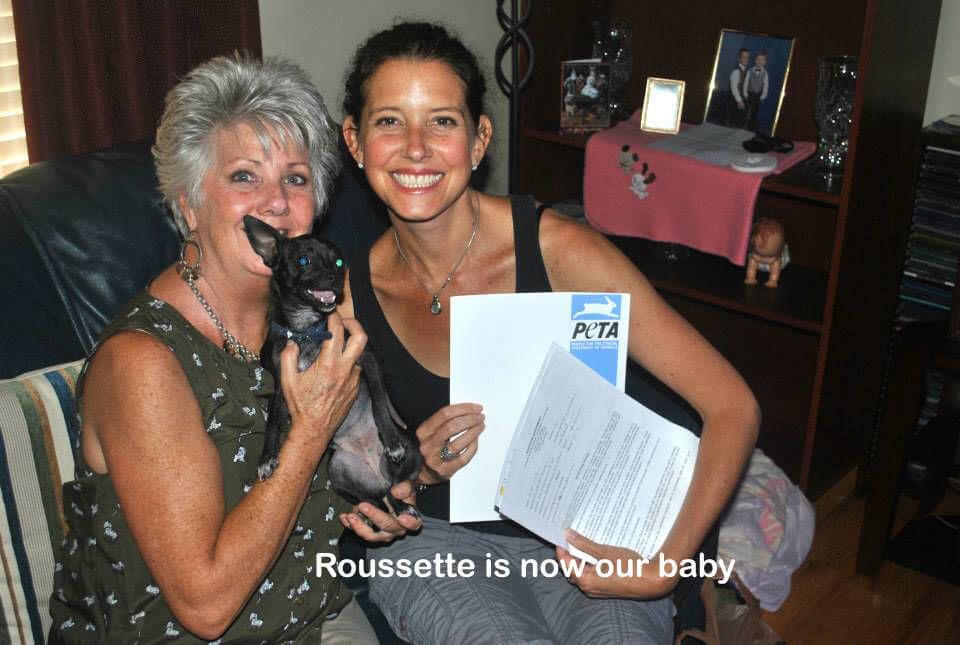 Linda cried tears of joy when she held Roussette in her arms for the first time. She wrote on her Facebook page, “It’s a great feeling to be the chosen person to adopt this baby from PETA.”

Licorice and Macey didn’t have nearly as far to travel to their new homes—they were both snatched up by PETA staffers. Licorice (now Lucy) lives with another black cat (who was also a PETA rescue) named Sophie. Although Sophie is now technically a senior kitty, she has the vivacity and spunk of a young kitten, and her family thought she might enjoy having a feline playmate. They were right: Now, instead of waking her guardians up at 3 a.m. to play, Sophie entertains herself by playing tag and “catnip-toy soccer” with Lucy. 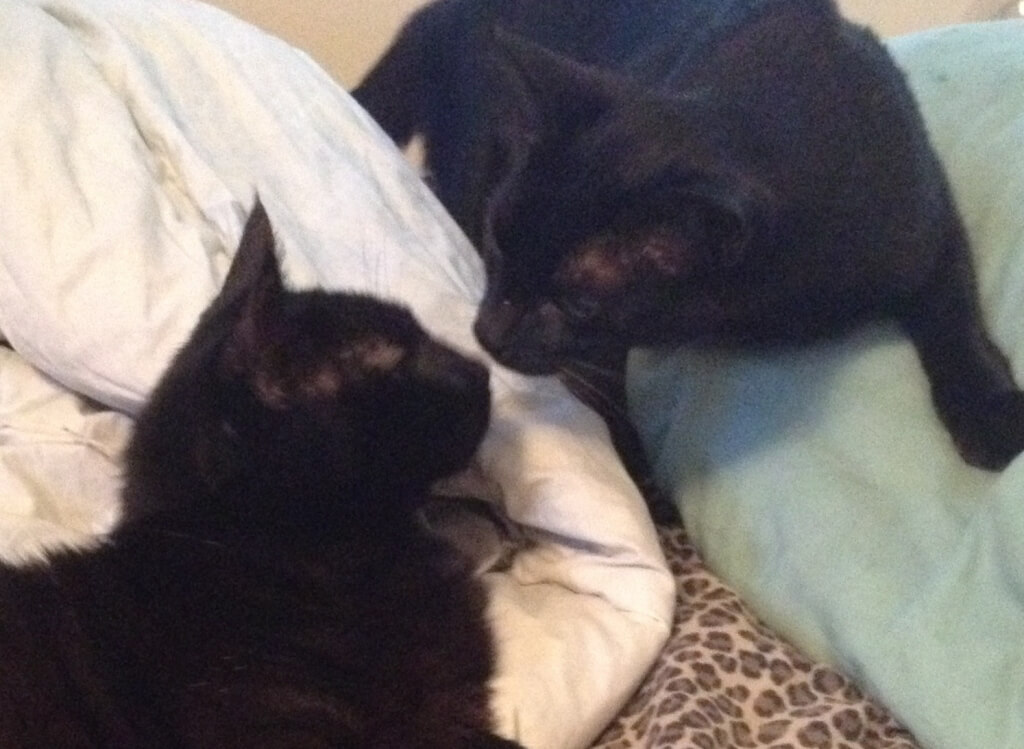 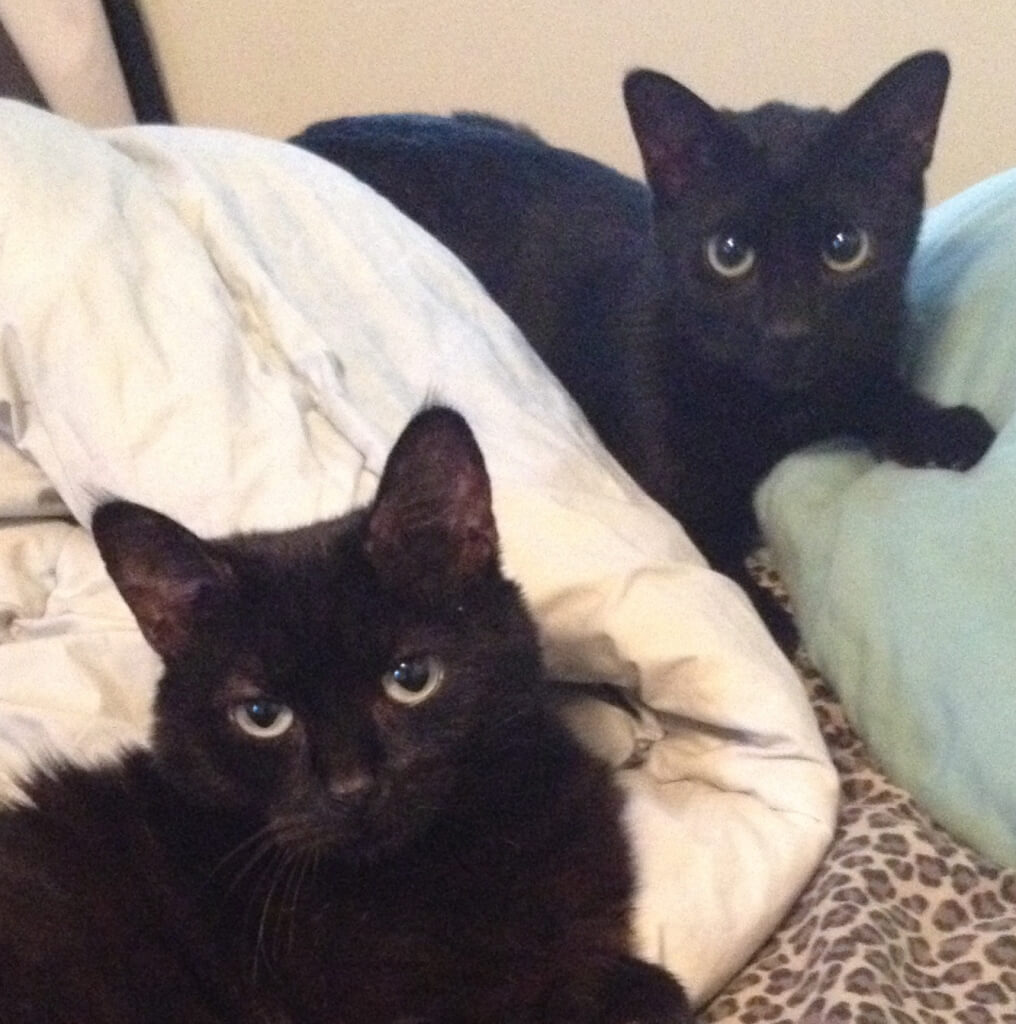 Another PETA staffer was smitten with Macey’s brilliant blue eyes and her “ridicu-cute” ears. The only question was: Would Macey get along with the couple’s other dog, Adele? I think you can guess the answer from the picture below. 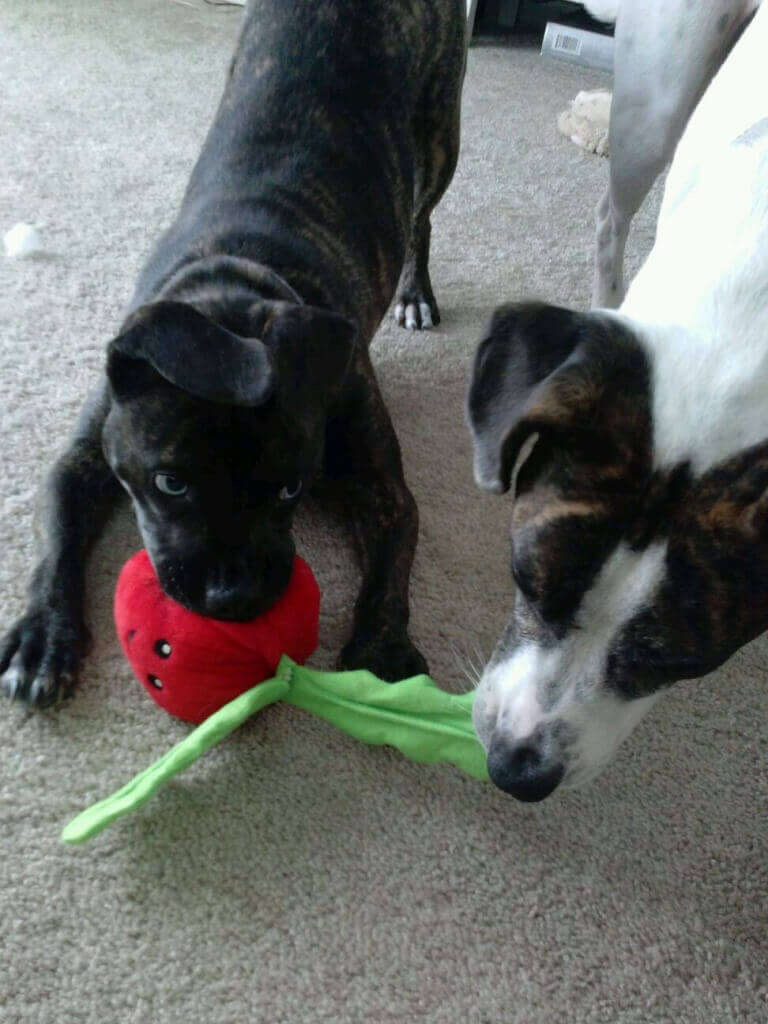