David and Malinda King ran a guinea pig hellhole where, federal records show, animals were left to wallow in filthy pens among dead guinea pigs. Now, Malinda is being charged with neglect and cruelty to animals following a tip from PETA.

After we notified the Pennsylvania State Police that federal officials had found guinea pigs who had died, been denied veterinary care, and been chewed to death by other severely stressed animals at the Kings’ guinea pig–breeding operation, police officers visited their Lancaster County property and charged Malinda with three counts of cruelty to animals and seven counts of animal neglect. Following this push from PETA, all guinea pigs have been removed from the property. 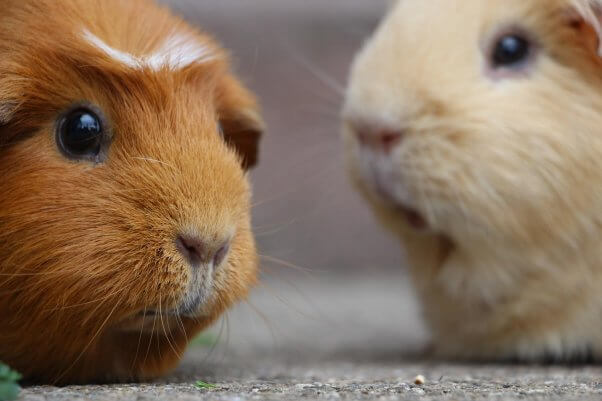 What Happened at the Kings’ Guinea Pig–Breeding Farm?

In July, a U.S. Department of Agriculture (USDA) inspection of the Kings’ property uncovered dead baby guinea pigs, a dying guinea pig whose leg had been chewed to the bone, filthy enclosures, and guinea pigs denied access to water. In August, inspectors found more dead guinea pigs as well as others denied veterinary care for rampant skin issues, including open, draining lesions. The Kings—who have been cited for more than 50 violations of the federal Animal Welfare Act since 2019—then relinquished their USDA license. When state troopers, acting on PETA’s tip, visited the property later, they found even more dead guinea pigs along with animals denied access to clean water. Finally, the Kings were ordered to remove all guinea pigs from the property.

The alleged atrocious conditions at the Kings’ property and their blatant disregard for animals’ needs is another reminder that when animals are bought and sold, they always suffer. PETA has released results from more than a dozen investigations into the pet trade, and each one has uncovered routine cruelty and neglect—including small animals screaming as they were gassed to death, rats found frozen to death, and hamsters, gerbils, and other small animals confined to crowded bins or cages in filthy, windowless warehouses, without access to clean water.

How You Can Help Guinea Pigs

Guinea pigs are social, communicative, and sensitive animals who require attentive care. They’re so social that a solitary one can die of loneliness. To help end the suffering of animals bred into the pet trade, never buy animals from pet stores or breeders. Instead, if you’re prepared to handle the responsibility of being a guardian to a pair of guinea pigs or any other animal companion, always adopt from a reputable animal shelter.