When this orphaned baby pigeon was brought into a parks department office, the woman who accepted the hatchling did the right thing and contacted animal control—but unfortunately, animal-control officers didn’t do the right thing. Although they said they’d come get the bird, they didn’t show up. So the tenacious lady made another smart move: She called PETA. 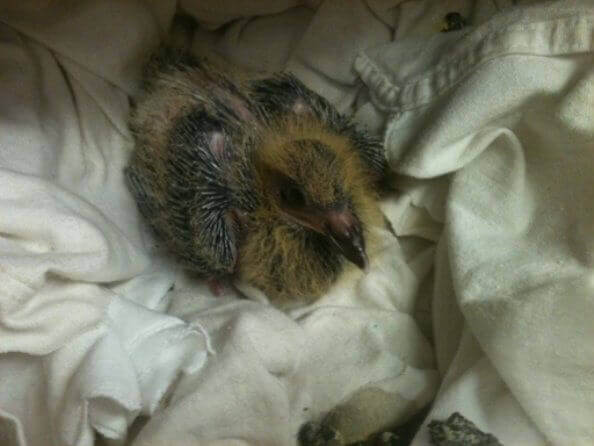 The little one was lethargic, having been without his parents for so long, so PETA’s caseworker quickly called the agency responsible for rescue and rehabilitation for animal control and had it expedite care. You’ll be glad to know that the pigeon was successfully rehabbed. His future looks bright—or, as the caseworker put it, “He is going to be a rock star among pigeons.”

If you want to be a rock star among pigeons (or any other animals), all you have to do is be ready to offer assistance when they’re in trouble—and don’t give up until they receive the help they need.