Natalie Portman and Benjamin Millepied wed last weekend, and to celebrate their nuptials, they feasted on vegan food at an all-vegan reception. PETA sent our friend Natalie the “Tea for Two” teapot from Daisy Dog Studio.

The U.S. has fallen for gold medal winner Gabby Douglas, but the gymnast hardly ever falls—except for animals. Answering Us Weekly‘s “25 Things You Don’t Know About Me” quiz, Douglas’ number one fact was “My favorite animals are dogs and cats.” She went on to brag about having two dogs of her own.

Glee star Charlotte Ross hit it off with a chimpanzee named Burrito she met while visiting a Washington sanctuary. Chimpanzee Sanctuary Northwest, which PETA works with, is a home for chimpanzees who were rescued from animal testing facilities. Charlotte said the trip made her even more determined to see the Great Ape Protection and Cost Savings Act passed.

There was no love lost between Jane Lynch and the restaurant most notorious for bigotry and chicken abuse. Jane kicked off Comedy Central’s roast of Roseanne Barr with a spirited, “F*** Chick-fil-A!” We’re with you, Jane. 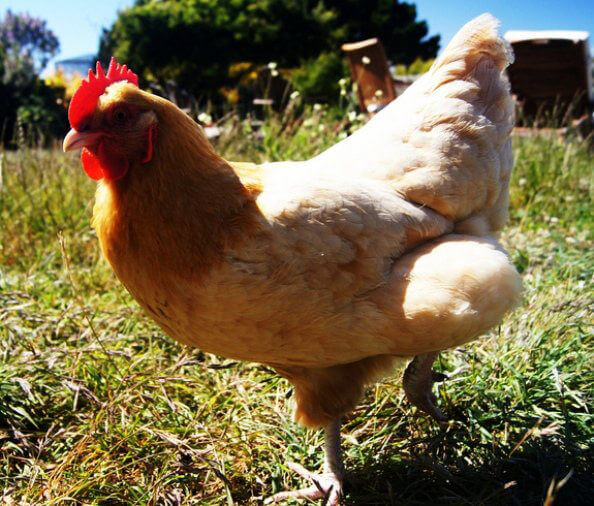 So is Alicia Silverstone, who joined in the Twitter conversation this week with her pro-equality, pro-chickens message: 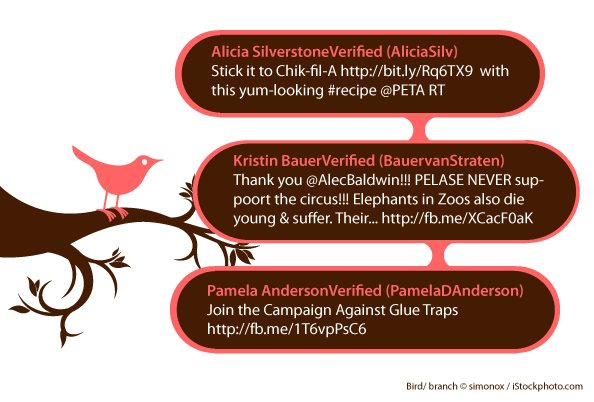