Even as he was fighting for his life, Sam Simon continued fighting for the right of animals to live as well. When he was diagnosed with metastatic stage four colon cancer in late 2012, doctors gave him three to six months to live. He defied that prognosis and lived until March 8, 2015. 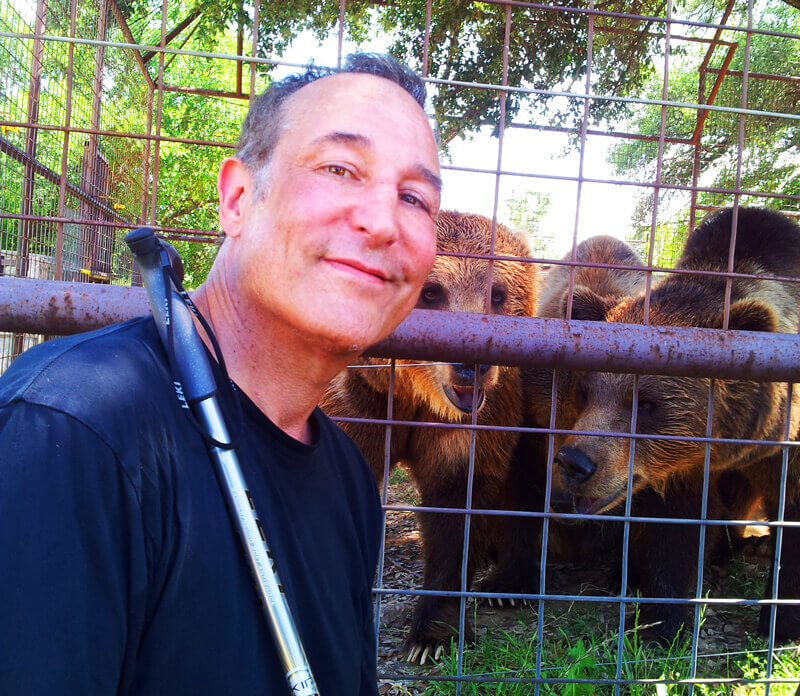 During that time, Sam helped PETA close bear pits, pay to fence a park for a much-abused elephant in India, send lone chimpanzees at a roadside zoo to a sanctuary, and find homes for hundreds of chinchillas, a camel, and even a “gay” bull. He described his last two years as the happiest of his life.

Rebel With a Cause: The Sam Simon Story is a beautiful telling of how Sam’s writing and producing talent earned him multiple awards and millions of dollars and how his compassion led him to donate a large share of his fortune to help animals.

Watch Rebel With a Cause: The Sam Simon Story here.