There’s a pretty good chance that you’ve eaten foods made from animal rectums recently. You might even be eating one right now. Read on to find out if your diet warrants its own Sir Mix-A-Lot song. Some of these may surprise you. 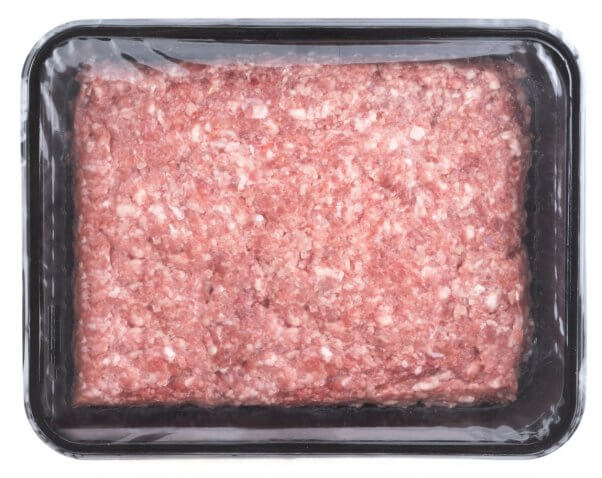 These body parts usually come from pigs, turkeys, and chickens after the bigger cuts of meat have been removed and also include connective tissue, tails, organs, and, quite possibly, rectal tissue. While the U.S. Department of Agriculture (USDA) says that hot dogs are made of “mechanically separated meat,” defined as a “paste-like and batter-like meat product produced by forcing bones, with attached edible tissue, through a sieve or similar device under high pressure ….” there are no laws prohibiting processing plants from using rectal tissue in processed meats. And the United Nations body that develops meat-quality standards and helps facilitate international trade lists “rectum” as an acceptable “edible meat co-product.”

The leftover body parts are heat-treated in order to soften them and kill bacteria, and the mixture is blended into what the FAO appropriately calls a meat “batter.” This is treated with salt, spices, starch, sweetener, and other additives and then pumped into casings (more on those in a minute). The FAO offers pictures of edible slaughter byproducts and meat batter on its website, if you really want to see them. (And here are some great vegan hot dogs if you don’t.)

Almost 50 percent of sausages are made from meat “batter” mixes. But even if you pay more for those that are supposedly made from more expensive animal parts, the chances are good that you’re still eating digestive tract. That’s because many sausages are held together in “natural casings.” What are natural casings, you ask? According to the FAO, they’re the “small and large intestines from sheep, goats and pigs, but also from cattle and horses.” Intestines are used as casings for frying sausages, frankfurters, hot dogs, barbecue sausages, chorizos, salamis, and more. 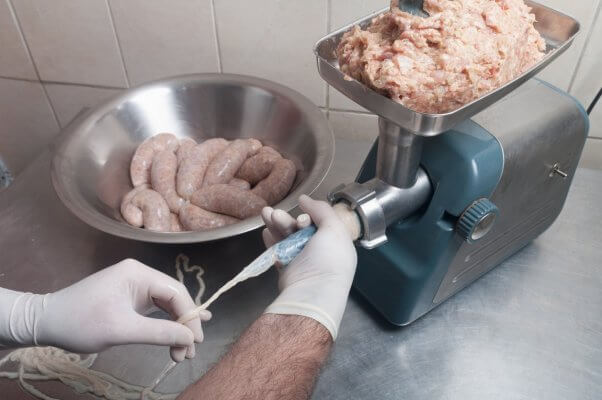 The FAO describes the processing steps for small intestines and provides pictures of each, including “[s]tripping out intestinal content,” “[r]emoval of ‘slime’ by using spoon,” and “[f]lushing”—which is precisely what people would do to their sausages if they knew how they were made. For an intestine-free meal, try Beyond Meat sausages, which are so good that stores are having trouble keeping them stocked.

Americans will deep-fry anything, right? Even pig anus.

The popular NPR show This American Life, reportedly following a revealing conversation with a meat-processing plant manager, first exposed that calamari served in restaurants could actually be pig rectum. The manager, the plant that he worked for, and even the company’s sales team confirmed that “pork bung,” as it’s called, was packaged and sold and they had heard of people eating it as imitation calamari. 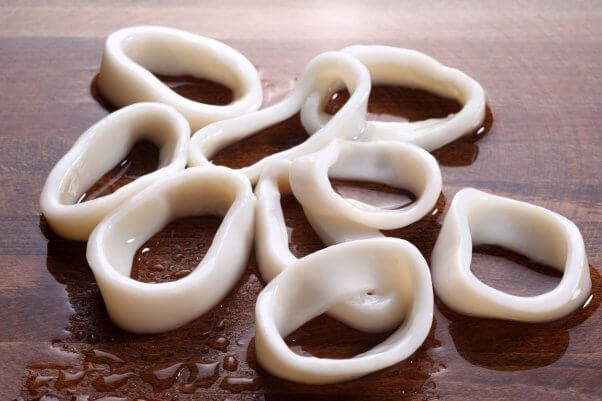 The USDA was quick to tell This American Life, “Products we inspect … cannot purport to be a product of another species.” But as the show pointed out, “So it’s against the rules. But people break the rules. A recent study of seafood … used DNA testing and found that all across the country fish is regularly being labeled as other species in restaurants and in grocery stores. … In Miami, more than 30% of fish was being sold as something it wasn’t. In New York, the number was 39%, Boston 48%, Los Angeles—are you ready—55%. 55.”

Fraud involving seafood is commonplace. And considering that pork bung costs about half as much as squid, the claims aren’t hard to believe. Additionally, at least one Los Angeles restaurant owner reportedly admitted under oath that he was serving pig anus.

If you want something that is what it says it is (plants and seasonings), opt for vegan seafood. Or for crispy fried goodness, order vegetable tempura and sneak some more (breaded, fried, dipped in marinara) veggies into your day. 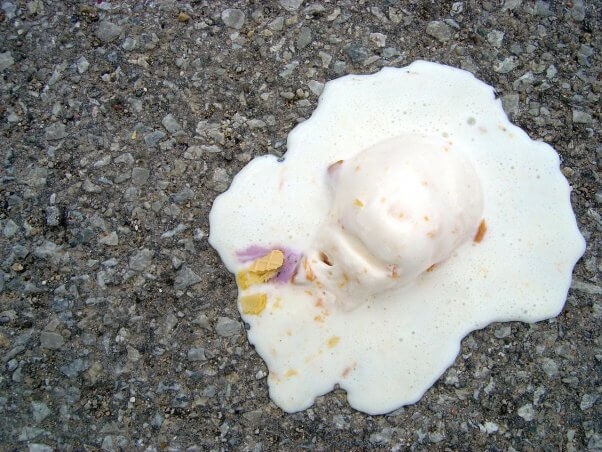 Grossed out by all the foods made from rectums? Well, eating the body parts of dead animals is pretty disgusting. If you’re ready to quit eating flesh like the walking dead, PETA can hook you up with a free vegan starter kit.