Relief for pigs! Recent reports indicate that the Farmer John slaughterhouse in Vernon, California, will close by 2023. For years, PETA has advocated for pigs killed at this facility—joining vigils outside the slaughterhouse’s doors and offering water and love to pigs stuck on trucks bound for the killing floor:

This hellish slaughterhouse is finally closing, along with the fortress of lies it built around the premises depicting “happy” pigs. PETA is celebrating the end of this reeking dump and the cruelty it inflicted on animals, and we encourage everyone to recognize this closure as an invitation to leave pigs off their plates. 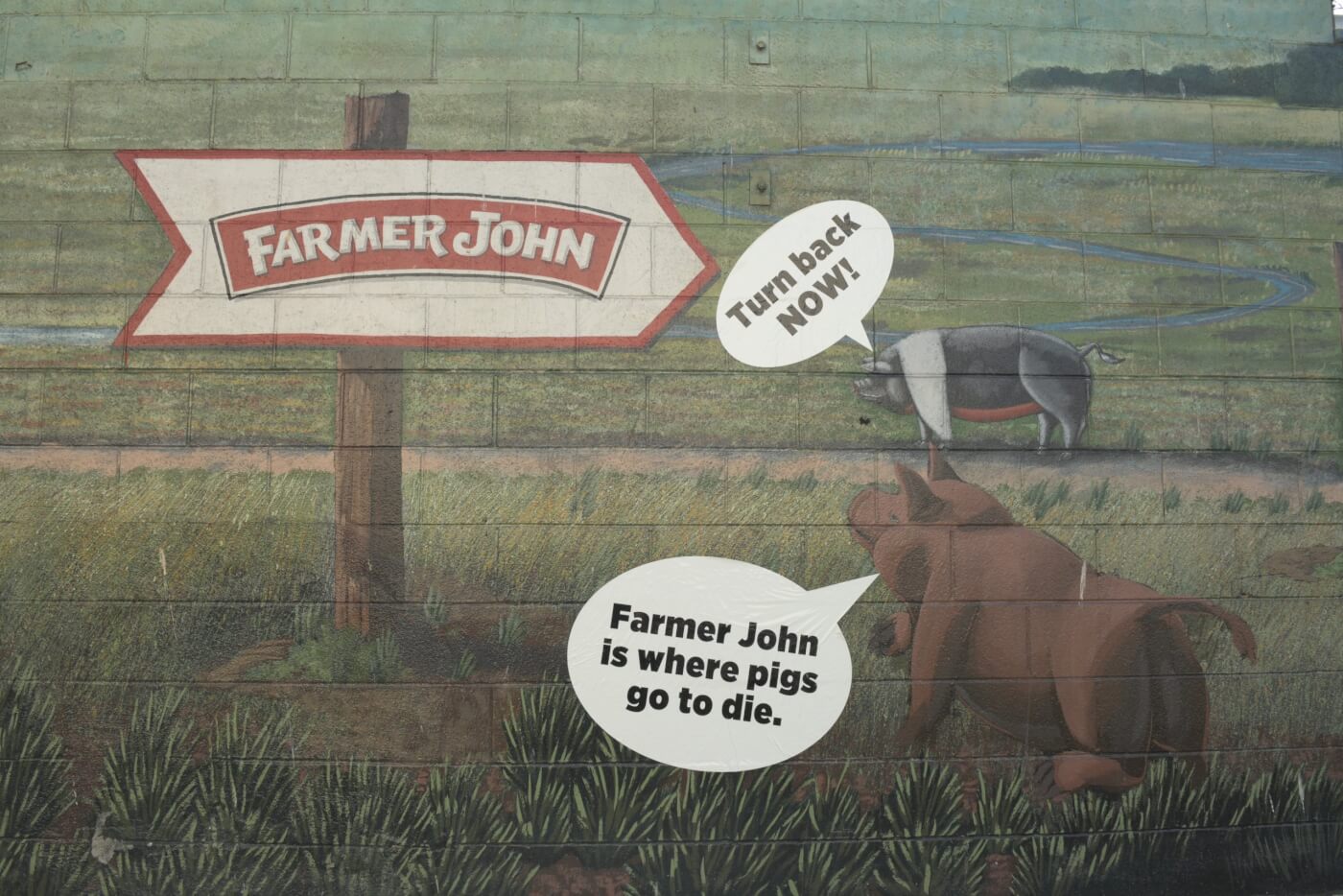 As part of our campaign against Farmer John, we had plastered the Vernon slaughterhouse’s mural with stickers alerting passersby to the horrors behind its walls, drove a “pandemic pig” mascot in a convertible to protest the COVID-19 hotspot, and more. 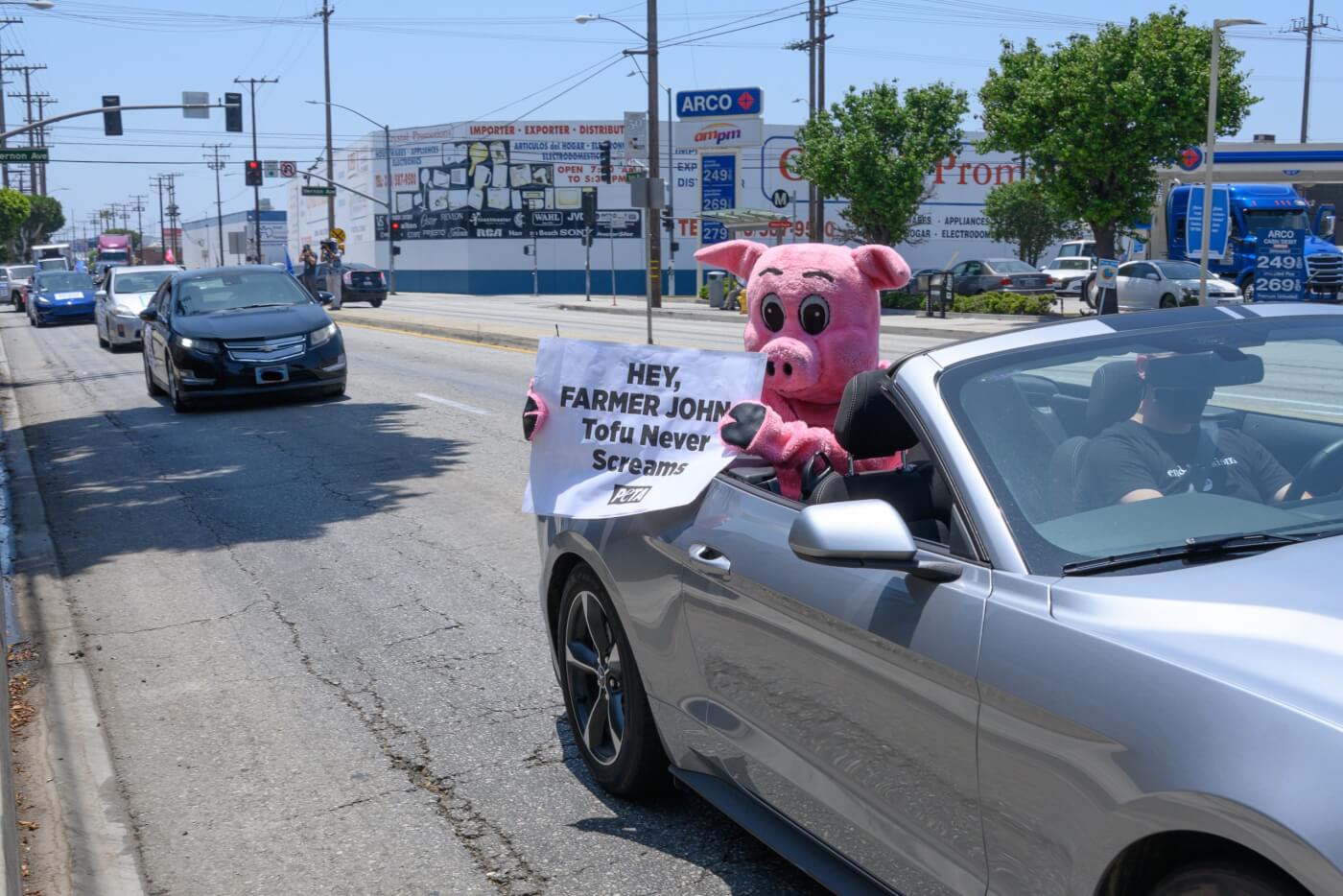 Pigs are social, playful, protective animals who bond with each other, make nests, relax in the sun, and cool off in the mud. They’re known to dream, recognize their own names, and even show empathy for other pigs who are distressed. Just like humans, some love to cuddle, while others prefer their own space.

But on today’s farms, these outgoing, sensitive animals spend their entire lives in cramped, filthy warehouses enduring the constant stress of intensive confinement. When the time comes for slaughter, pigs are forced onto transport trucks that often travel for many miles through all weather extremes on the way to places like the Farmer John slaughterhouse. Many die from heat exhaustion in the summer or become frozen to the inside of the truck in the winter. According to industry reports, more than 1 million pigs die in transport each year and at least 40,000 sustain injuries by the time they arrive at a slaughterhouse.