It’s a girl for Emma Roberts and Evan Peters! After the couple adopted a beautiful dog named Audrey Hepburn, PETA sent the trio a basket filled with toys, treats, and our “Always Root for the Underdog” tees. 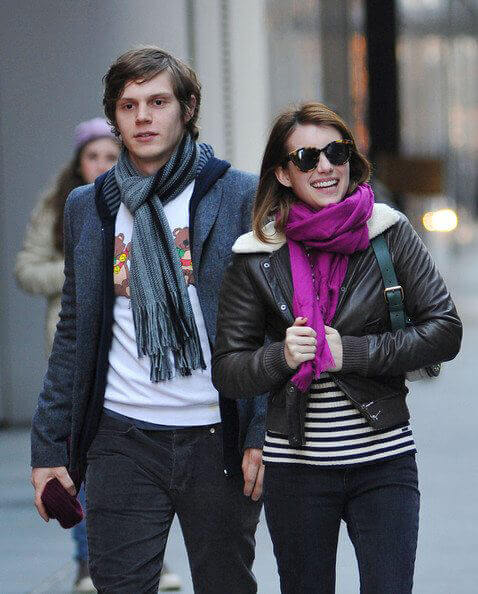 In other celeb news, Alicia Silverstone wants to see animal abusers pay. So when she learned that no charges have been filed against the operators of Global Captive Breeders, LLC, even though authorities seized more than 18,000 rats and 600 reptiles from deplorable conditions in the facility, she swung into action—joining PETA pal Jenna Dewan Tatum—and urging fans through her website and Twitter accounts to add their names to PETA’s petition calling on the Riverside County, California, district attorney to file felony cruelty charges against the people who left animals to suffer without food, water, or veterinary care; allowed their cages to flood; and slammed them against hard surfaces in attempts to kill them. And considering Alicia’s staunch animal advocacy, this likely won’t be the last that the D.A. hears from her.

Many other celebs joined Alicia this week and spread animal-friendly messages throughout the Twitterverse: 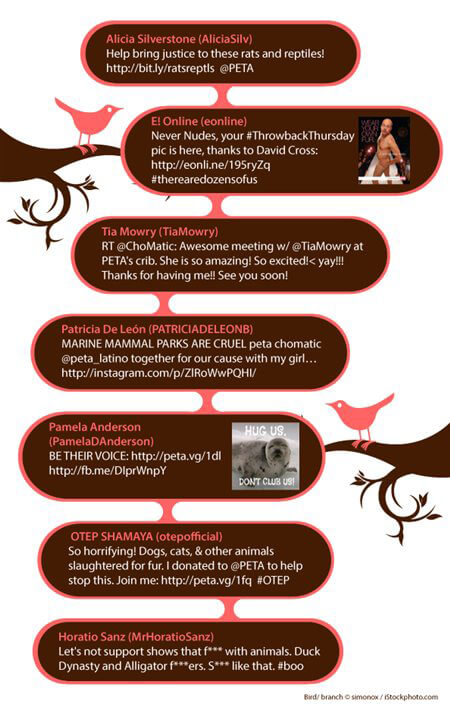