The Soto family wanted to have their little dog, Fabio, groomed—so they took him to the local PetSmart in Tampa, Florida. Just over an hour later, he was dead.

Marcos and Michelle Soto had never used PetSmart’s grooming services before they took their family’s beloved 6-year-old pup there last week for what they expected to be a routine bath and cut. Marcos said that “Fabio was healthy, [was] up to date on his shots and showed no signs of being ill.” But as the family reported to Patch.com, shortly after they dropped him off, they got a call from PetSmart telling them that their dog was unresponsive and they needed to come back to the store immediately.

Michelle got there first, and when Marcos walked in, he saw his wife cradling the dog. “She was calling his name but he wasn’t responding,” he said. “His eyes were closed, his mouth was open and his tongue was hanging out.”

PetSmart brought over the veterinarian from the on-site Banfield Pet Hospital, but Fabio went into cardiac arrest and the vet wasn’t able to save him.

Learn more about PetSmart on The PETA Podcast:

Then, the story got even stranger. The Sotos say that PetSmart offered to buy them a new dog—but with a caveat: They would have to sign a nondisclosure agreement prohibiting them from discussing their experience with media outlets.

The family did not accept the offer. “My interest has never been to get any money out of PetSmart,” Marcos said. “No dollar amount can make up for the pain of losing a family member. We just want to know what happened and make sure it doesn’t happen to another family. The hardest part is not having any clear answers.” 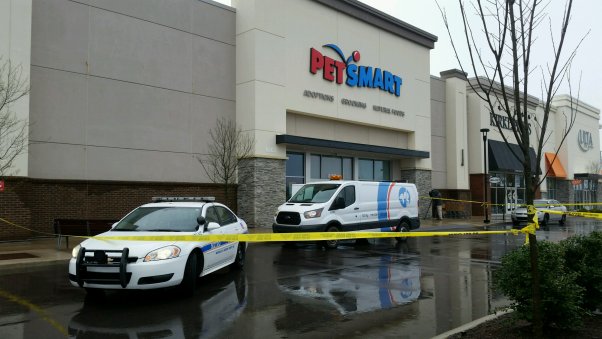 Police tape surrounds the PetSmart on Sawyer Brown Road in Nashville as authorities raid the store after PETA turned over the findings of our eyewitness investigation.

A necropsy report revealed that Fabio had heartworms, and it cited stress as a contributing factor for the cardiac arrest.

As numerous PETA investigations have shown, at PetSmart, corporate greed takes precedence over animal welfare every time. Please, don’t take your animals to be groomed there—and buy your animal companion’s supplies elsewhere, too. Tell the company that you won’t be a customer until it stops buying small animals from abusive dealers and holding them in deplorable conditions to make a quick buck.