Ahead of Father’s Day (June 20), PETA is placing a head-turning ad featuring a photo of a dog and several puppies with the message “Don’t Let Your Dog Be a Deadbeat Dad. Get Him Neutered Today.” The ad will be placed on 10 bus benches and two buses in Corpus Christi, Texas—listed as one of the “most pet-friendly cities” on WalletHub. 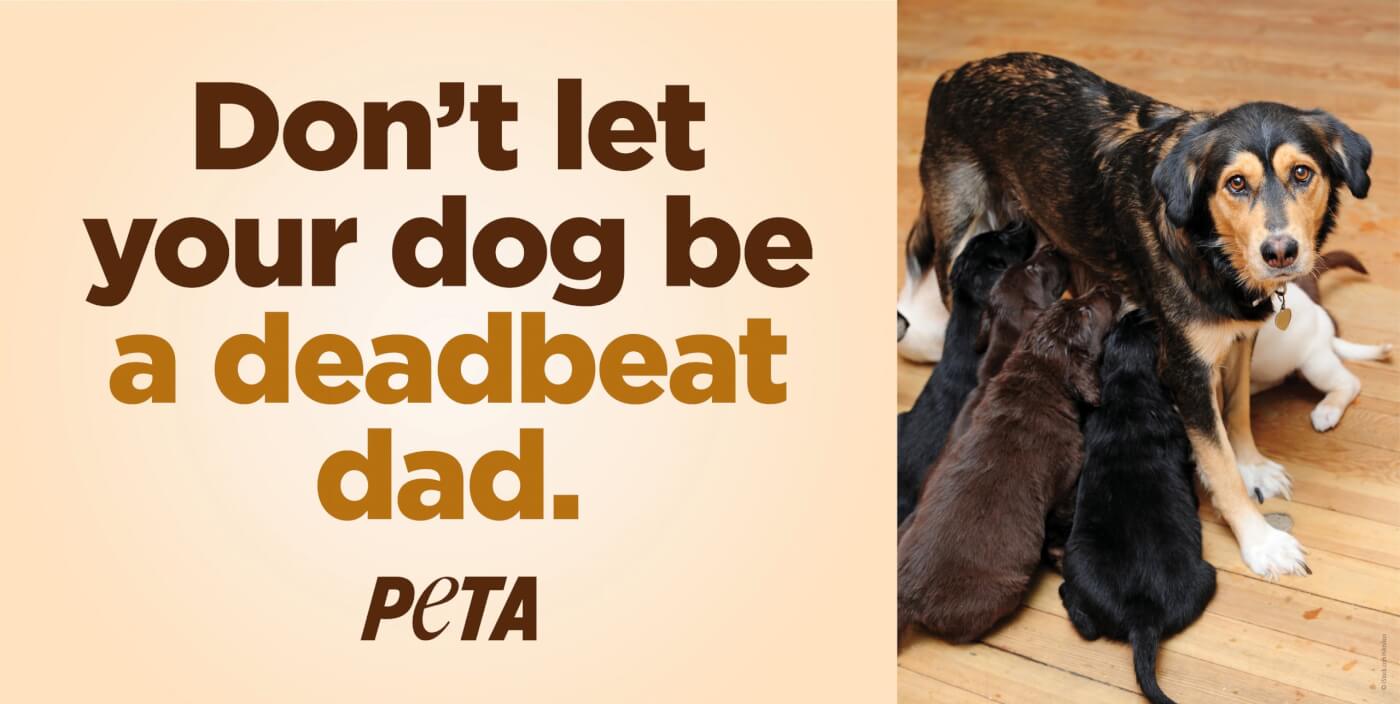 Remember: The single most important thing that we can do to spare dogs all the suffering and death that the companion animal overpopulation crisis results in is to have them spayed or neutered. Spaying and neutering are routine, affordable surgeries that can prevent thousands of animals from being born only to suffer and struggle for survival on the streets, be abused by cruel or neglectful people, or be euthanized for lack of a loving home. 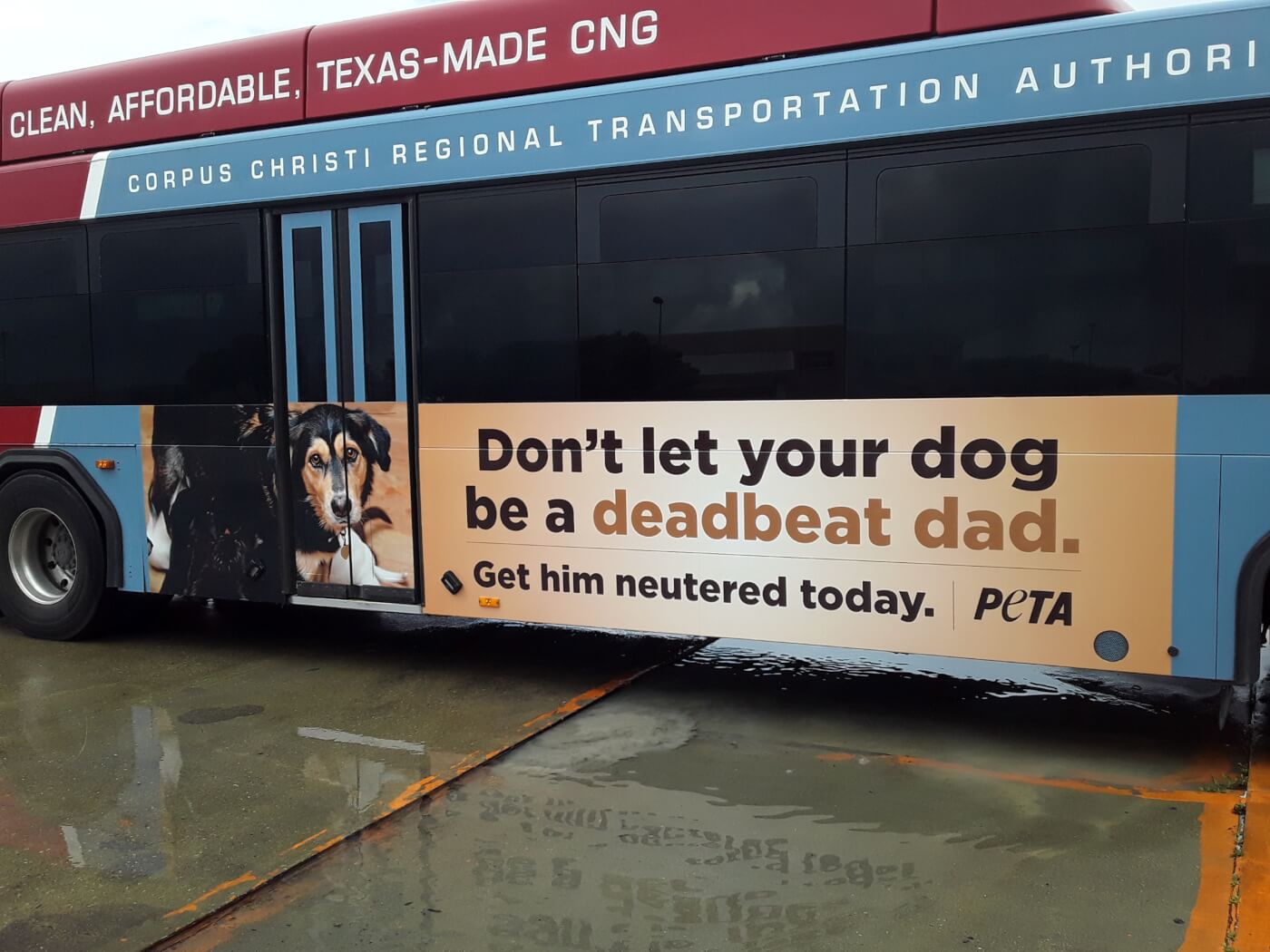 Even if you don’t have a dog, you can still help reduce the number of homeless animals by encouraging friends, family, colleagues, and neighbors to have their animal companions sterilized and reminding them to adopt from a shelter, rather than buying animals from pet stores or breeders. 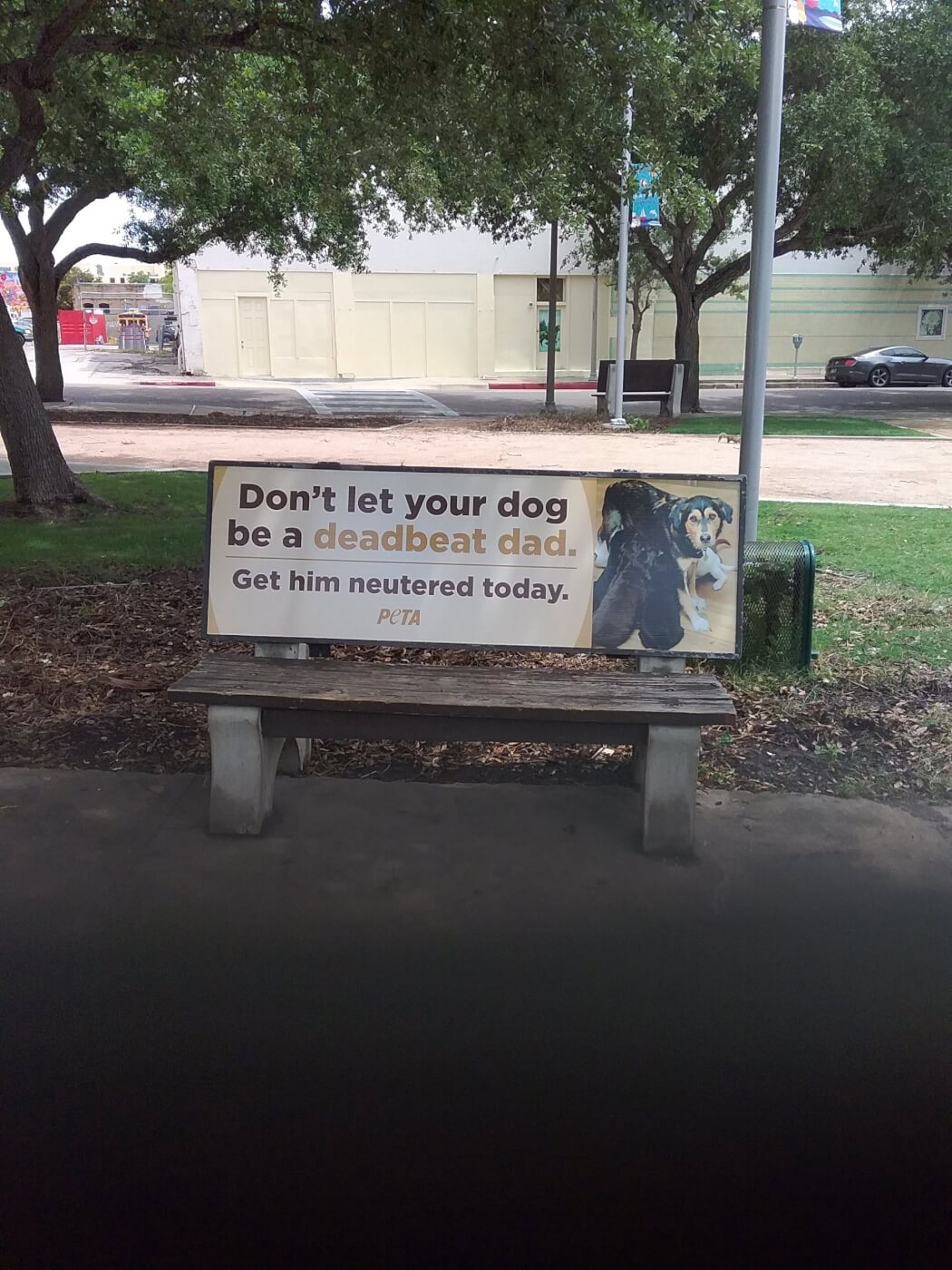 Buyer Beware: How You Can Help End the Companion Animal Overpopulation Crisis

On any given day in the U.S., there are an estimated 70 million homeless dogs and cats struggling to survive. Pet stores and breeders exacerbate this crisis by bringing hundreds of thousands more dogs and cats every year into an already severely crowded world.

Instead of buying from a breeder, a pet store, or anywhere else and making the situation worse, PETA urges everyone prepared for the lifetime commitment to adopt animals from their local open-admission shelters. There, they can find healthy, loving animals already waiting for a good home and a responsible human guardian. Always adopt—don’t shop!

Help Dogs in 60 Seconds With These Quick Actions