In the wake of PETA’s recent investigation of three PetSmart stores across the country—in which an eyewitness found systemic neglect and widespread animal suffering—we sent a letter to the Georgia Department of Agriculture asking it to inspect Sun Pet, Ltd., a supplier of small animals in Atlanta that was put on probation by the Georgia Department of Agriculture following a PETA investigation in 2010. 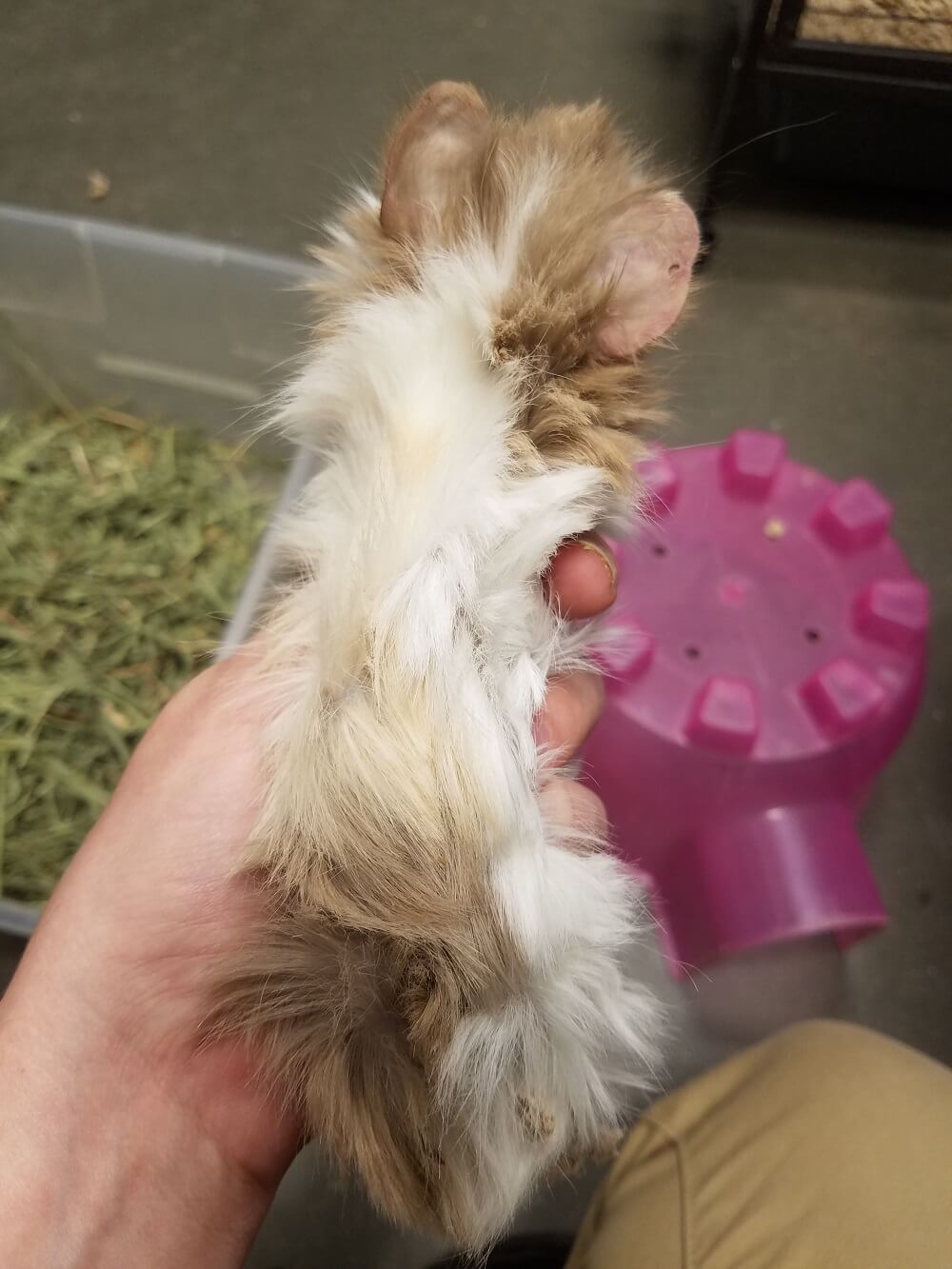 An eyewitness found this underweight guinea pig, Waylon, dead five days after he had arrived at a PetSmart store from Sun Pet, a massive Atlanta warehouse that PETA investigated in 2010 and that was subsequently put on probation by the Georgia Department of Agriculture.

In PETA’s recent exposé of PetSmart stores, a supervisor instructed employees never to tell customers that PetSmart obtains animals from Sun Pet. The supervisor said that conditions at Sun Pet were “horrendous” but that the chain still buys animals from it because “PetSmart’s cheap.”

Multiple mice from one Sun Pet shipment became bloated, had discharge from their eyes and ears, and struggled to breathe. When one of these mice, named Brain, developed a swollen face and walked with a head tilt, a PetSmart supervisor said that they could “squish” or freeze him to death. The store manager said, “He’s just a mouse. Who cares?”

Seven eyewitness investigations of animal dealers tied to Petco and/or PetSmart have revealed that animals suffer in filthy, abusive conditions. Let these stores know that you’ll shop elsewhere until they end all animal sales: