Lucky didn’t start life with much luck. Born on a factory farm, she was destined to be one of the 9 billion chickens killed for their flesh in the U.S. in the past year. In fact, she had already been crammed onto a slaughterhouse truck and was being hauled down a Washington highway on what would have been the last day of her life—when things suddenly took a turn for the better. 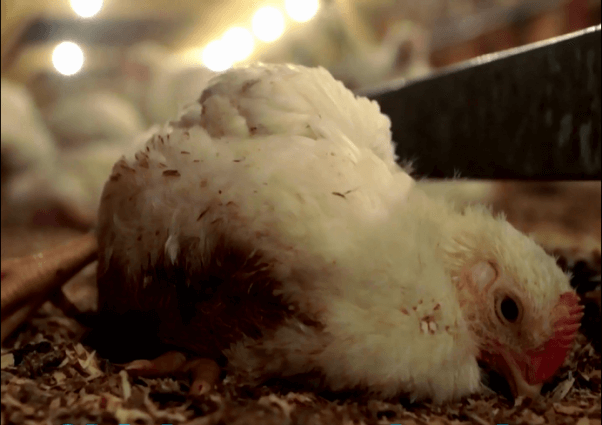 As the truck rambled on, something jarred Lucky and caused her to tumble out of the moving vehicle. As she had been fattened far beyond what her wings or legs could support, she plummeted to the ground.

Warren Padgette was driving not far behind and saw the white chicken with clumps of missing feathers lying on her side in the middle of the road. He assumed that she was dead but stopped to check on her just to be sure. And then Lucky blinked at him. As cars raced by, Padgette gently picked up the bird, checked her for injuries, and carried her back to his truck. 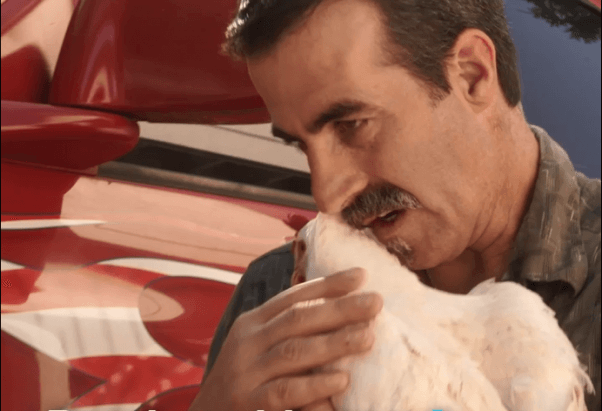 He drove to his house, passing the slaughterhouse truck that was still barreling down the highway. He gave her a bath, blow-dried her feathers, and bestowed on her an apropos name: Lucky. 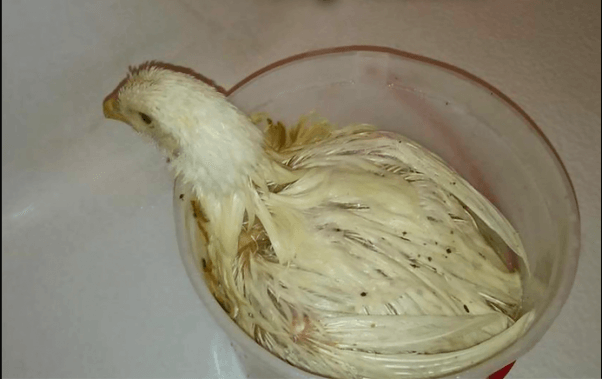 Now, as PETA’s new video—released today—shows, Lucky hardly ever leaves Warren’s side. Her favorite place is either nestled against his legs or perched on his shoulder.

She is now at a healthy weight and enjoys doting on the chicks whom Padgette added to his growing family—in their custom-built henhouse. She’s also getting chummy with the newest addition, Billy, a goat whom Padgette rescued from a hoarder. And as the family expands, so does its circle of compassion: The human family members are taking animals off their plates. 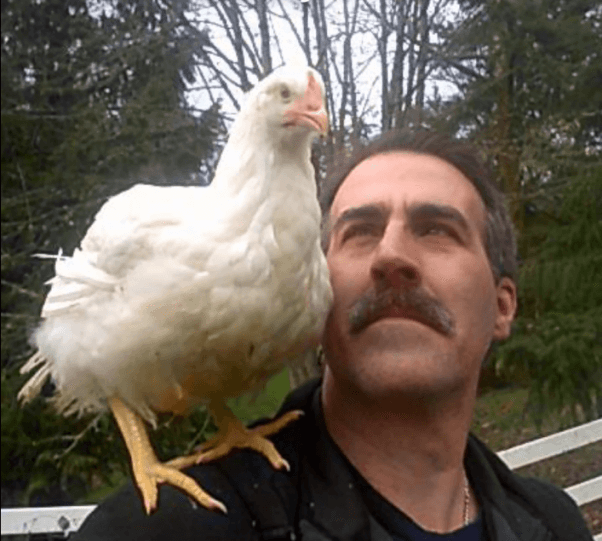 Padgette says that every time he drives past another slaughterhouse-bound truck, he longs to save every single chicken on board. But he saved Lucky’s life, and he hopes that her story will encourage others to save animals from the slaughterhouse as well.

Yes, I Want to Save Animals