What happens in Vegas stays in Vegas—except for cub-petting and elephant rides, which are on their way out of the entire state of Nevada! Gov. Steve Sisolak just signed the “Tiger King” bill, which bans public contact with big cats, elephants, primates, wolves, bears, and hyenas. It will go into effect on July 1.

Elephant Rides Are a Thing of the Past in Nevada

Elephants used for rides were abducted from their families when they were just babies and endured cruel training to break their spirits and force them into a lifetime of subservience. The babies were tied down and beaten with bullhooks and other instruments to make them fearful and obedient. Elephants are sensitive and intelligent animals, and these beatings can cause lifelong psychological distress. When they’re not being forced to perform grueling circus tricks or made to carry riders on their backs under the threat of a bullhook, elephants exploited for entertainment spend long hours chained in place. 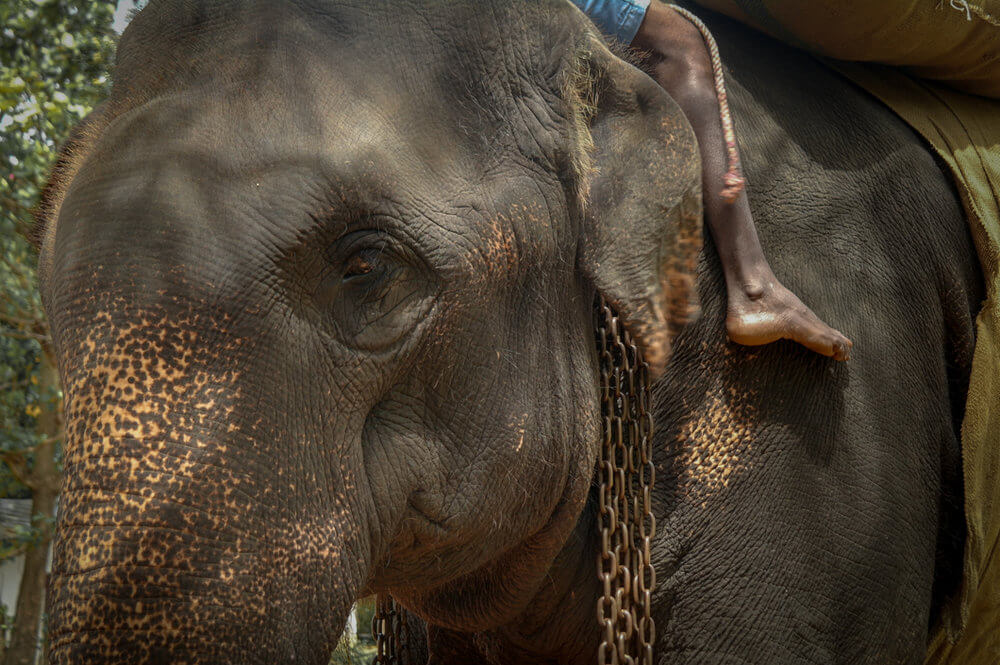 Tigers suffer when they’re exploited for public encounters. Mothers are forcibly bred and made to have baby after baby, each of whom is torn away shortly after birth. In nature, tiger cubs stay with their mothers for the first two years of life—which is vital to their health, development, and well-being. The infant cubs are then shipped off to roadside zoos and exploited for photo ops, in which they’re roughly handled and denied rest. When they’re not being mistreated by strangers and exhibitors, they’re relegated to cages and often denied basic vital care. After only a few weeks, they’re considered too large and therefore dangerous for public contact, at which time they’re sentenced to life in a cage at a roadside zoo, circus, or backyard. Some are used for breeding in order to continue the cycle, and others are killed. 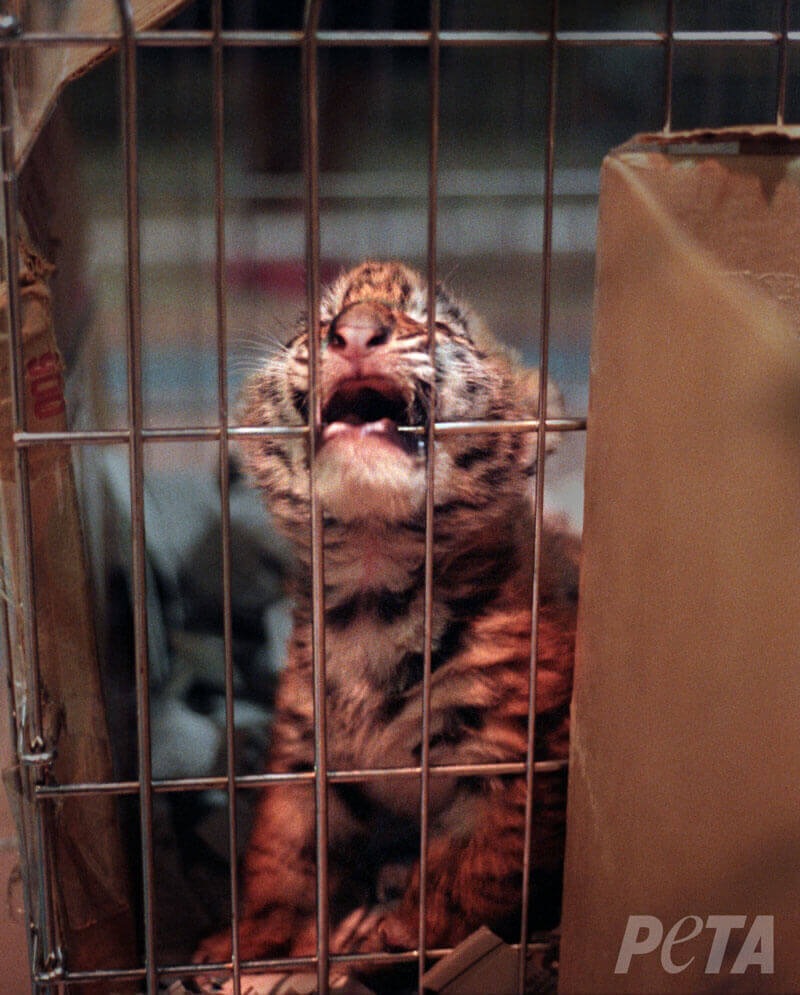 Thanks to this bill, the cruel cub-petting and circus industries in Nevada—including abusive exhibitors such as Karl Mitchell, Jeff Lowe, and Jordan World Circus—will have a much harder time exploiting animals for a living. Here is how Nevada’s most notorious animal exploiters will be affected by this new bill:

The U.S. Department of Agriculture (USDA) rarely yanks exhibitors’ licenses, but tiger exhibitor Karl Mitchell had so many egregious animal welfare violations, including denying water to 5-week-old cubs, that his exhibitor’s license was revoked 20 years ago and he was fined $27,500. But that didn’t stop him from exhibiting big cats and totally disregarding the law. The USDA has issued him three cease-and-desist orders and assessed penalties in excess of $100,000. And PETA has reported Mitchell’s apparently illegal exhibition several times over the last decade. The passage of Nevada’s bill may be just what is needed to shut this abuser down.

In 2017, Las Vegas authorities raided Jeff Lowe’s home, seized two big cat cubs and a lemur, and cited him for failing to have the required licenses to operate a business and possess exotic animals in the jurisdiction. He was ordered to pay $10,000 in restitution to the city and was issued a suspended jail sentence and a “stay out of trouble” order. When Lowe failed to show up for a status hearing, a judge issued a warrant for his arrest. The warrant was quashed last year, but the case is still ongoing with regard to Lowe’s apparent violation of the court’s “stay out of trouble” order. Now, exhibitors like Lowe who want to take tigers and primates to hotel parties will be banned from not only Las Vegas but also the whole state of Nevada.

Jordan World Circus and Other Circuses With Elephants

Jordan World Circus no longer holds a license of its own, but it contracts with other abusive exhibitors. It is based in Nevada and produces circuses that use elephants, including many Shrine circuses. With the passing of this bill, Jordan World Circus and any other circus traveling through Nevada will be banned from offering elephant rides.

PETA’s Work Has Paved the Way for This Victory

PETA has been setting the tone for victories like this since our inception—from releasing Ringling Bros. circus whistleblower footage and conducting a decades-long campaign that led to the 146-year-old circus’ demise to winning a court case that banned Dade City’s Wild Things (which subsequently closed) from owning or possessing tigers following our investigation into its grisly cub-petting enterprise. And in Nevada, we shut down Vegas entertainer and orangutan-beater Bobby Berosini. Watch the video about our involvement. We did it then, we’re doing it now, and we won’t stop until all the elephants, big cats, and other animals are no longer being exploited and tormented for human amusement. 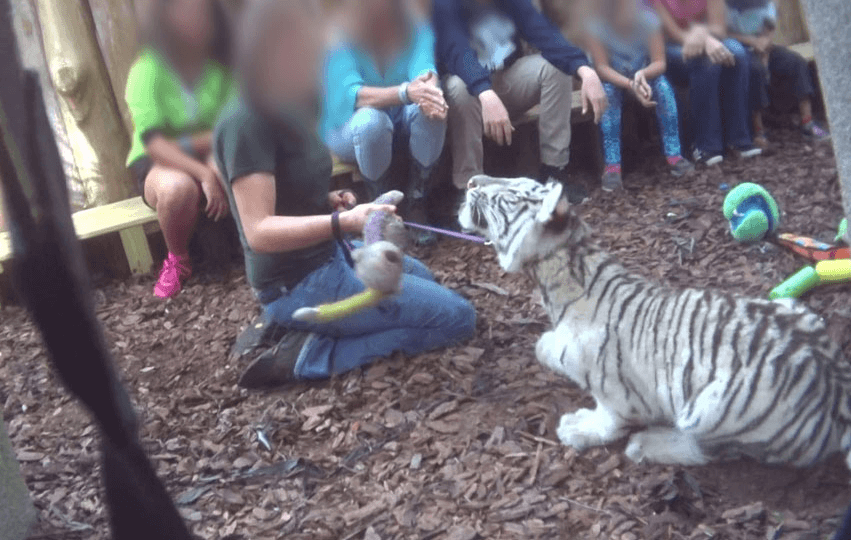 You Can Help Animals in Other States

This is a great first step toward keeping elephants, big cats, and other wild animals safe from exploitative industries that subject them to a cycle of unwanted handling and neglect, but more work is needed to protect animals around the country. Urge Congress to pass the Big Cat Public Safety Act and make this a nationwide ban for big cats: