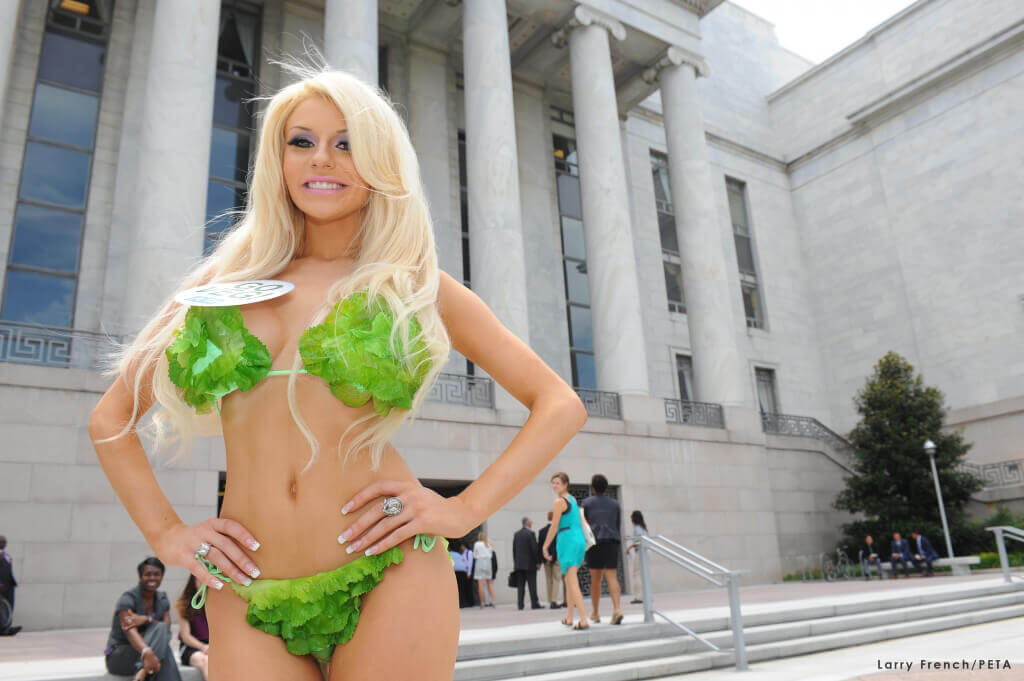 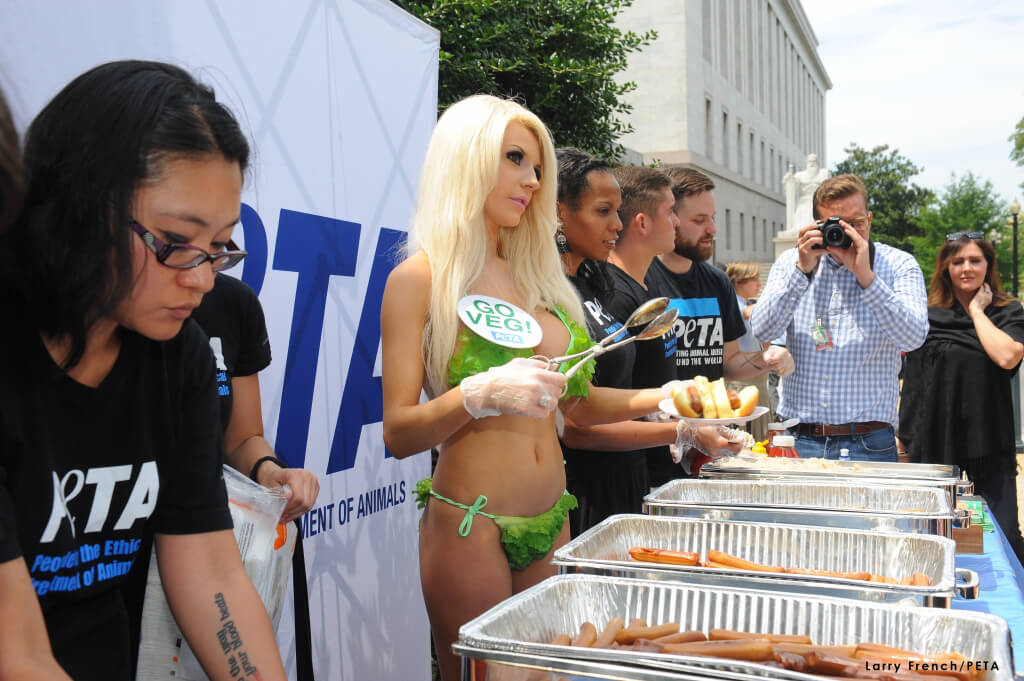 PETA’s Congressional Veggie Dog Giveaway is an annual celebration that attracts plenty of hungry politicians and curious reporters. PETA tells them all about the health benefits of eating vegan and urges them to try a great-tasting veggie dog. Unlike meat-based hot dogs, veggie dogs are cruelty- and cholesterol-free and generally low in saturated fat.

Most grocery stores sell veggie dogs, as do many of the popular hot dog stands around the nation. In fact, PETA recently ranked the top five vegan hot dogs in the U.S.,giving the top spot to the Holiday Dog at The Vegan Hot Dog Cart in Orlando, Florida. Last year, Courtney sported a lettuce bikini to promote Pink’s hot dog stand in Los Angeles, which also won a spot on PETA’s list.

If you haven’t had a veggie dog yet—and you’re not going to be in Orlando or Los Angeles anytime soon—you might want to try Tofurky Franks, Yves’ Good Dog, or Lightlife Smart Dogs, which are available in many supermarkets. Enjoy!