The following was excerpted from an article that originally appeared on McClatchy.

As my mom and I were walking through a department store recently, she spied a colorful plaid quilted vest. “Ooh, that’s pretty,” she said and reached for the price tag.

Meanwhile, I was looking at the contents label. “Uh-oh, it contains down,” I told her.

Like me, Mom loves animals. She’s a vegan, and she refuses to wear anything made of leather, silk, or wool—or down. 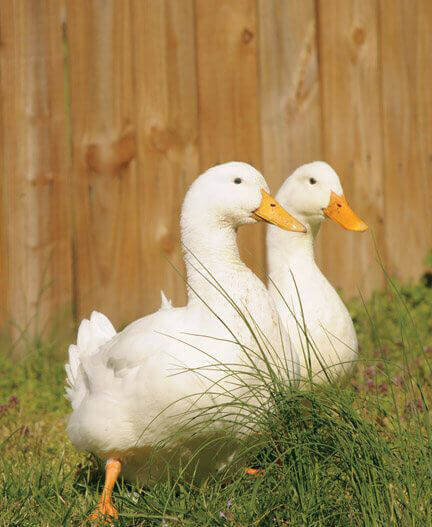 Much of the down used in coats, comforters, vests, and blankets is “live-plucked”—ripped from the bodies of birds who are still alive. Plucking may begin when the birds are just 10 weeks old and be repeated every six to seven weeks until the birds are slaughtered at around age 4, far short of their natural lifespan of 10 to 20 years.

Workers are paid by the goose, rather than by the hour, so speed is of the essence, leading to rough handling and injuries. Undercover video footage shot on a Hungarian goose farm shows workers picking up and carrying geese by their necks or wings. The frightened birds are flipped upside down and pinned between workers’ knees while they rip out fistfuls of feathers. One worker was photographed sitting on a goose’s neck in order to prevent her from escaping.

The good news is that there are several alternatives to down, including Thinsulate, PrimaLoft, and Polarguard, that are less expensive, less bulky, easier to launder, and excellent insulators. They also perform well when wet, unlike down, which absorbs moisture, loses loft and insulating ability, and takes a long time to dry.

In fact, many brands sell quilted vests insulated with PrimaLoft. Don’t tell my mom, but she just might be finding one under her Christmas tree this year.