We’ve learned, haven’t we, when you are told “You’re a winner!” that there’s some fine print and a catch. The same is true with the magic words that imply that dogs and cats are winners, too: “no kill”! Here, too, there is fine print, and it can be much more damaging than finding that you are being billed for a subscription you didn’t want. The fact is that many limited-admission shelters, now often given the great-sounding, dressed-up title “no-kill shelter,” actually hurt animals every single day. Not necessarily the ones they take in, who may or may not be well cared for, but rather, the ones they don’t. The animals someone else has to decide what to do with or who just end up abandoned or worse when the “no-kill” shelter is full, as it inevitably is.

These glorious-sounding shelters generally turn away many more animals than they accept, picking, choosing, and admitting only the youngest, healthiest, prettiest, and most adoptable, if any, because on most days, they will tell all comers, “We’re full.” The rest are sent away to suffer on the streets or to be left in the hands of people who don’t want them. Some “no-kills” do accept animals when they shouldn’t, by which I mean when their facilities are already crammed beyond capacity, subjecting all of the shelter’s tenants to crowded, unsanitary conditions, illness, and often a painful death from parvovirus or from fighting. And if the animals they do take in are not adopted, many so-called “no-kill” shelters warehouse them in cages for years, unwanted and unloved, even after they are driven “cage crazy” from the stress of confinement. I’ve seen them sit with their back to visitors, withdrawn into a world of depression and lost hope. 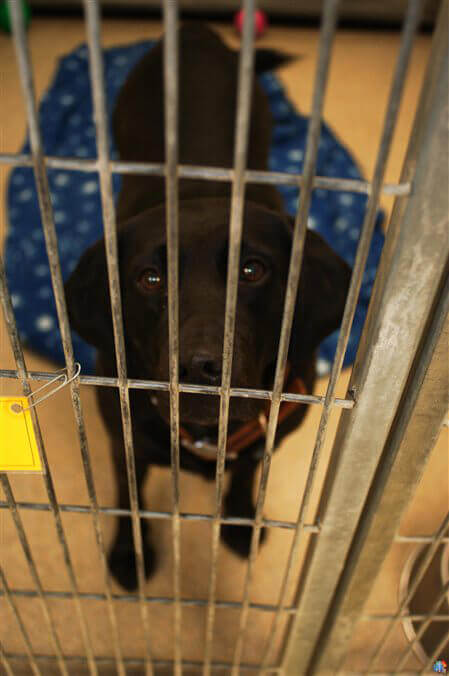 “No-kill” advocates are quick to throw stones at open-admission shelters, which offer refuge to every animal who comes through their doors and euthanize animals when they are not adoptable, when they run out of appropriate living space for them, or when the animals brought in are injured, aggressive or gravely ill. So in return, PETA is quick to expose the cracks in the rosy picture that “no-kills” try to paint. Here are just a few of the recent additions to our long, ever-expanding list of “no-kill” failures that cause animals to suffer:

September 13, 2012/Corpus Christi, Texas: Area animal shelters report that they are filled to capacity and that homeless, roaming animals in the area are at “epidemic” levels. The shelter director at no-kill “Pee Wee’s Pet Adoption World and Sanctuary” stated, “I get 75 calls a day, and people get angry because I can’t take 75 animals a day .… If you multiply 75 times 365 days a year, I would have to take in 27,000 plus animals a year.” The Gulf Coast Humane Society director reports that his shelter “turn[s] people away right and left.”

July 20, 2012/Northeast Mississippi: Area open-admission animal shelters are suffering from the effects of some private shelters’ picking and choosing in order to limit admissions in a ploy to call themselves “no-kill” for fundraising appeals. A local news outlet reported that, while the [no-kill] policy keeps current shelter residents alive, it limits the number of pets those facilities can house and means new arrivals routinely are turned away. Some then are “dumped alongside roads, abandoned at a neighbor’s house or shot and killed,” according to representatives of no-kill shelters citing what jilted pet owners have told them. The writer spoke with a woman taking three unwanted dogs to an open-admission shelter and whose husband had made his family’s options and intentions clear: “It was either that or shoot them.”

July 17, 2012/Willis, Texas: “Considered one of the country’s [premier] sanctuaries for pit bulls,” was the no-kill Spindletop Dog Refuge was raided by authorities who seized approximately 300 pit bulls found in tiny plastic carriers with no water and unable to fully stand up. Some dogs were seen drinking their own urine and a police news report revealed that “[o]ne dog’s feet were so scalded it was laying on its back in its own urine in feces, presumably to take the pain off of its feet.”

As long as outspoken “no-kill” proponents continue to criticize open-admission shelters even in the face of the animal homelessness crisis, PETA will continue to save animals by exposing “no-kills” for what they really are: “slow-kills.”