The recent spate of “creepy clown” sightings has prompted McDonald’s to limit Ronald McDonald’s appearances—and in celebration, a pack of costumed PETA “chickens” descended on a Nashville McDonald’s on Thursday, hung Ronald McDonald upside-down under a banner proclaiming, “Never Trust a Clown: Eating Meat Kills,” and threw veggie burgers at him. 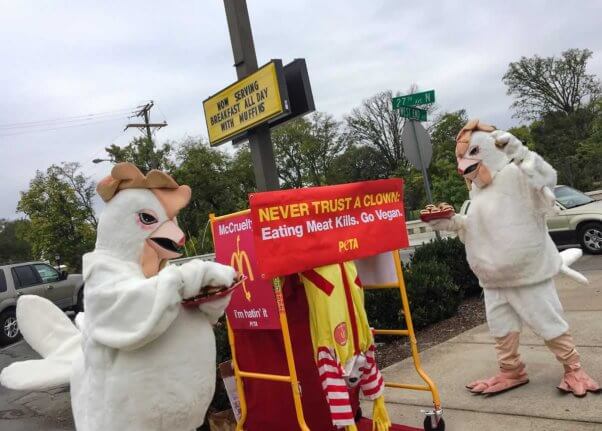 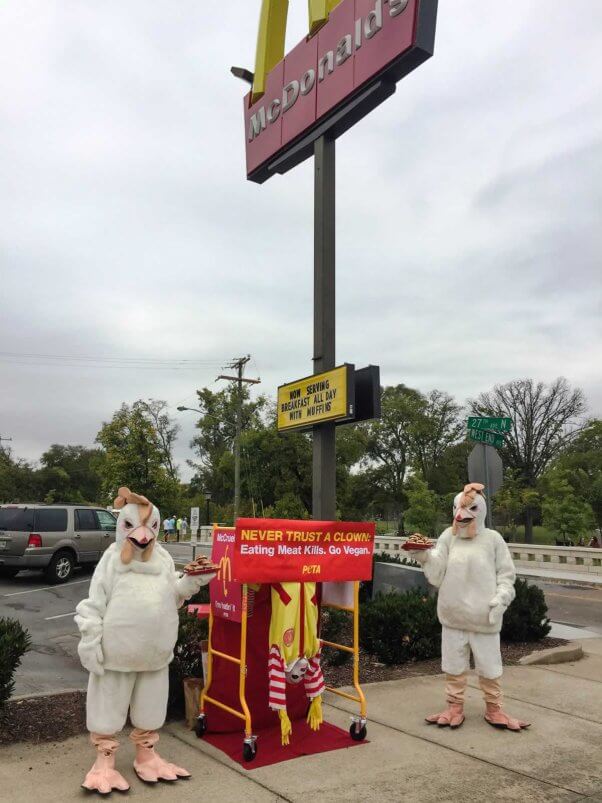 “The creepiest clown of all is the one who encourages children to chow down on sensitive animals’ corpses,” says PETA Executive Vice President Tracy Reiman. “PETA encourages diners to stay away from Ronald McDonald and choose a delicious veggie burger, now offered almost everywhere, except at McDonald’s.”

Cows killed for Big Macs and birds killed for McChickens are hung upside down, and their throats are slit. Many chickens are plunged into the scalding-hot water of defeathering tanks while they’re still conscious and able to feel pain. Cows are often skinned alive.

Red Robin, Johnny Rockets, White Castle, and many other fast-casual restaurants all offer veggie burgers—but McDonald’s only vegan option is a small side salad. PETA—whose motto reads, in part, that “animals are not ours to eat”—gave McDonald’s an “F-” in its recent burger chain rankings.