UPDATE: Despite a promise made to PETA, development firm Carter has gone back on its commitment never to host UniverSoul Circus at Turner Field again. The company has informed PETA that the circus is set to return to the Atlanta stadium in 2018.

Please take action by urging Carter to insist that the performances go forward without the use of live animals.

PETA has sent some delicious elephant-shaped vegan chocolates to Carter, the developer that took over Turner Field this year, as a thank-you for pledging to make this year’s UniverSoul Circus performances the last to occur on the property. 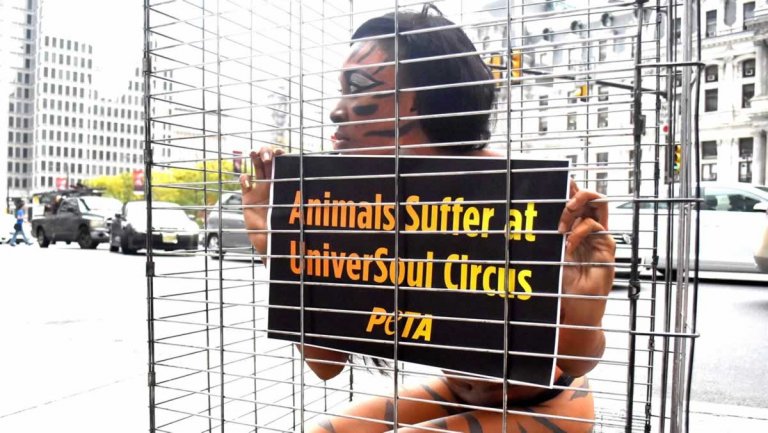 Carter confirmed that the circus will not return, after PETA pointed out that the elephants used by UniverSoul—who are provided by Larry Carden—are routinely lame, likely as a result of chaining and confinement. In 2015, Carden was charged with abusive behavior toward an elephant during a UniverSoul performance at Turner Field. For years, the circus used a tiger act leased from Mitchel Kalmanson, an exhibitor who has been cited by the federal government for failing to provide animals with basic veterinary care, depriving them of the opportunity to exercise, and confining them to foul-smelling, maggot-infested trucks.

Although multiple towns have refused to host animal acts, our hope is that venues still planning to host cruel circuses will consider the facts carefully and at least require that scheduled performances go forward without animals.

UniverSoul already has a number of thrilling acts performed by talented (and willing) humans. Urge the company to join the ever-growing list of animal-free circuses and leave abuse behind. Change will come as profits dwindle, so be sure to send a clear message to UniverSoul that you won’t be attending its shows until it stops profiting from animal suffering. Sign our action alert by clicking the button below, and encourage others to do the same.