The U.S. Fish & Wildlife Service has issued a final rule that officially extends the full protection of the Endangered Species Act to captive chimpanzees.

“PETA celebrates today’s U.S. Fish & Wildlife Service decision, which finally closes a loophole that has allowed captive chimpanzees to be harmed, harassed, and wounded in captivity and bought, sold, and traded—all now violations of the Endangered Species Act,” says PETA Foundation Deputy General Counsel Delcianna Winders. “All chimpanzees are now rightly deemed ‘endangered,’ and if the new rule is properly enforced, those in Hollywood who have been using chimpanzees—who are torn away from their mothers as babies and beaten into “performing”—in television, ads, and movies will no longer be able to exploit them.” 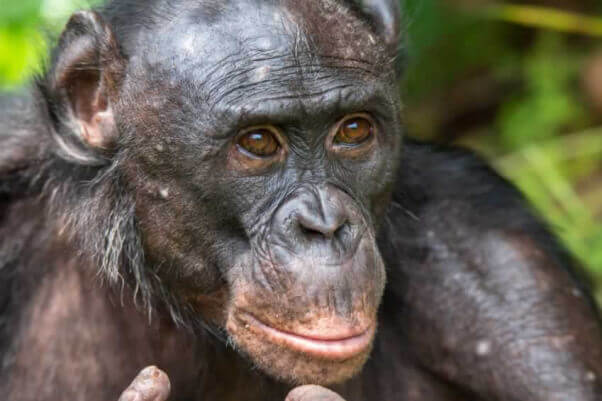 In addition, experimenters must stop subjecting chimpanzees to stressful, invasive, and painful tests—a recommendation that the Institute of Medicine has already made. The tide is turning for captive animals: Recently, PETA successfully petitioned for Lolita, the sole orca at the Miami Seaquarium, to be included in the ESA’s listing of Southern Resident orcas—and PETA will work to ensure that the marine park is held accountable for harming and harassing an endangered animal.