in your pocket and then giving Fido only two of them.”

OK, dogs can count, so is it any surprise that bears, with their larger brains, are even better at it? That’s the assessment, published in the journal Animal Behavior, from a recent study showing that black bears possess mathematical skills comparable to those of primates—which makes it even sadder to think of all the bears who are counting every day spent in misery, squalor, and utter frustration. 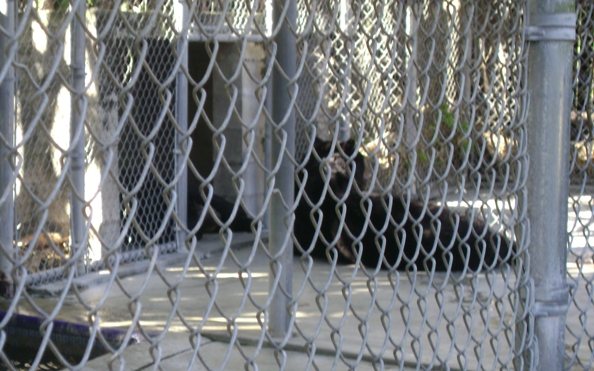 Take the bears held prisoner at Florida’s Everglades Wonder Gardens. A few years back, after repeated reports about the horribly inadequate conditions in which they were living, PETA contacted the owner of the sad “attraction,” asking him to make at least a few basic improvements, but none were forthcoming. After a visit to the dreadful roadside zoo, PETA President Ingrid E. Newkirk described the animals’ plight:

There are two bears, described as brothers, in a small cement dog run‒like pen. They have nothing to climb. Both exhibit [stereotypic stress behaviors], one severely—he paces back and forth along an approximately 6-foot section of the back of the chain-link fence, his tongue lolling out of his mouth (I watched him for 12 minutes without letup). The other also paces but sits in the adjoining cement cell some of the time. 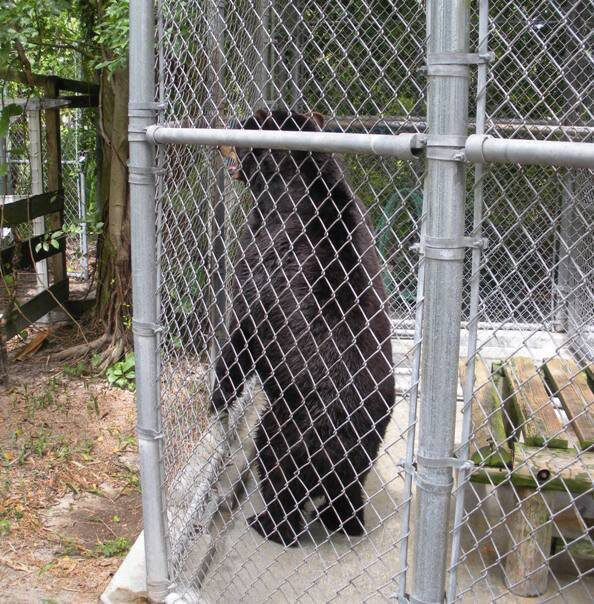 That’s how these perceptive social animals—who in their natural habitats would spend their days foraging, climbing, cleaning, and exploring—are forced to spend their lives.

Many of you joined PETA in celebrating the recent liberation of Ben the bear, who went from a similarly deficient situation in captivity to a lush new life at a sanctuary. Now, it’s time to help the bears at Everglade Wonder Gardens; the Cherokee, North Carolina, bear zoos; and other roadside hellholes gain their freedom, too!

Captive bears are counting on each of us to do our part to help them. Please politely urge federal and Cherokee authorities to take immediate action to help the animals in bear parks. And any time you pass a roadside zoo, just keep on driving.