On behalf of PETA, the Animal Legal Defense Fund, and several accredited wildlife sanctuaries, Harvard Law School’s Animal Law & Policy Clinic has submitted a petition for rulemaking to the U.S. Fish and Wildlife Service (FWS), urging the agency to provide captive Canada lynxes with full protection under the Endangered Species Act (ESA). The petition argues that a “special rule” issued in 2000, which exempts captive Canada lynxes from protection under the ESA, not only is unlawful but also results in animal suffering.

The petition requests that the FWS amend the listing rule for the Canada lynx to eliminate the exception for captive animals as soon as possible so that they can no longer be legally commercially exploited, harmed, harassed, or killed.

All Canada Lynxes Need Full Protection Under the ESA

Hundreds of Canada lynxes (sometimes called “Yukon lynxes” or “Highland lynxes”) are currently being held captive in the U.S. However, because of the FWS’ special rule, they are afforded no protection from mistreatment under the ESA. 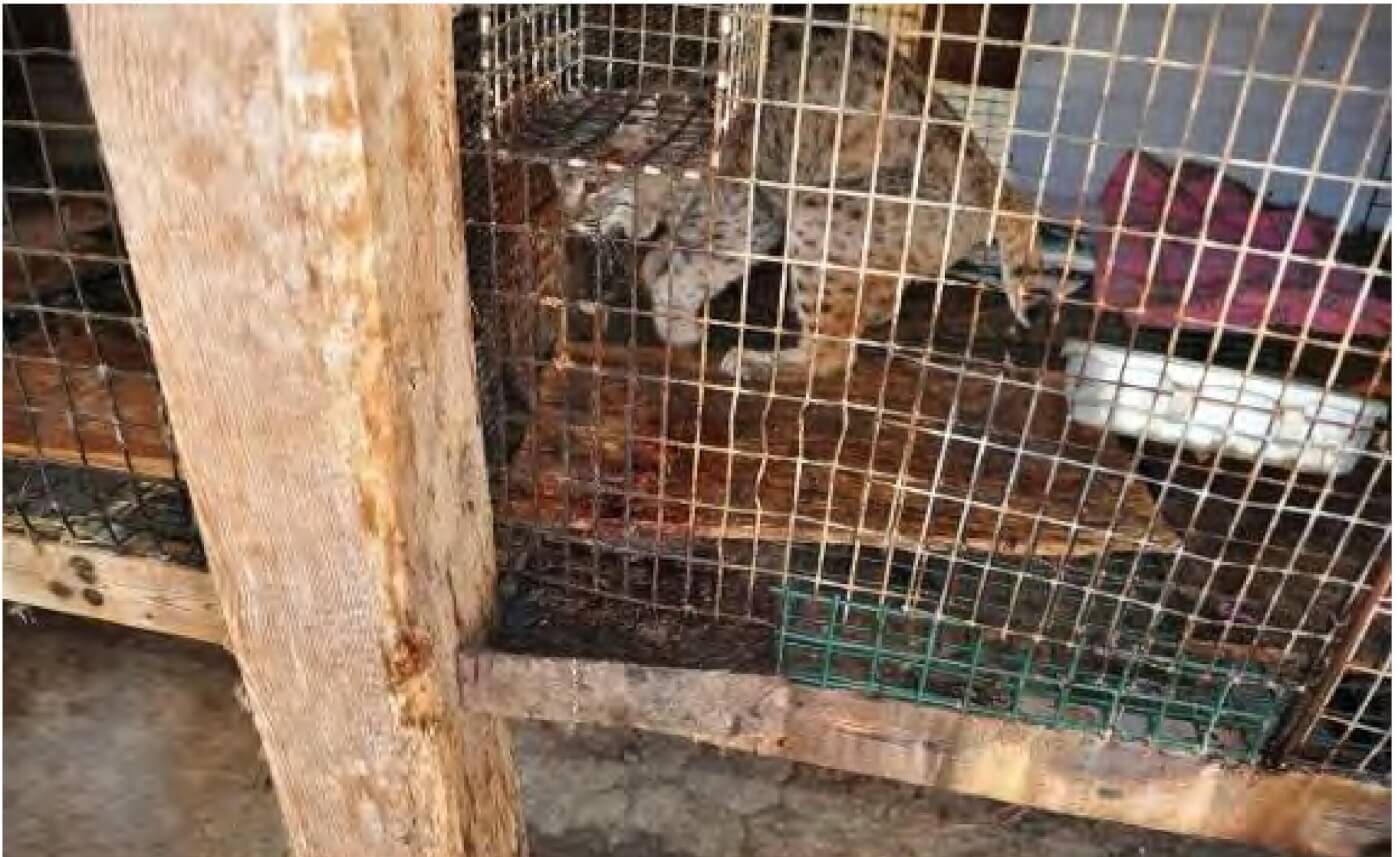 Canada lynxes suffer on factory fur farms, as “pets,” and in roadside zoos, where they’re sometimes used in dangerous hands-on photo ops with humans. Many of these animals are killed for their fur, declawed, abandoned when they become adults, or otherwise mistreated. Accredited sanctuaries cite many examples in which lynxes have arrived at their doors underfed, diseased, disfigured, and exhibiting behavioral stress from years of mistreatment or neglect.

“[T]he wholesale exclusion of a captive member of a listed species is an unprecedented and unlawful deviation from decades of agency policy and practice for the Fish and Wildlife Service and should not be tolerated. These beautiful animals deserve the full protection that the Endangered Species Act entitles them to.”

The ‘Special Rule’ That Enables This Abuse

In 2000, the FWS listed the Canada lynx as a “threatened” species under the ESA. However, at that time, the agency issued a “special rule” making it clear that although wild members of the species would be fully protected under the statute, captive members could be “taken”—i.e., harassed, harmed, and even killed—without any legal consequences.

The petition explains that such “special rules” may only be issued if necessary to further the “conservation” of the species as a whole—meaning that they help the species recover to the point that the ESA’s protections are no longer needed. The petition further explains that allowing captive Canada lynxes to be exploited and mistreated does nothing to “conserve” the species in natural habitats and is inconsistent with other rulings that the government has made in recent years to protect captive members of other ESA-protected species. Noting that the ESA doesn’t allow economic considerations to play any role in listing decisions, the petition also argues that allowing a carve-out for the pelt industry is illegal as well.

“The Canada lynxes trapped in ramshackle cages have a right to the same protections as their free cousins. Striking down this illegal split-listing would be a step forward in preventing tourist traps from turning these wonderful animals into sideshow props and to preventing fur factory farms from killing them for their skins.”

To help end public contact with and the private breeding and possession of big cats, please let your U.S. representative know that you support the Big Cat Public Safety Act (HR 263), which would end private ownership of dangerous big cats, safeguarding both wild animals and communities across the U.S. It takes only a minute using your phone or computer—so what are you waiting for?