After PETA just filed formal complaints about horse abuse and neglect on the set of the HBO show Luck, we’ve placed this graphic ad in the Los Angeles Times: 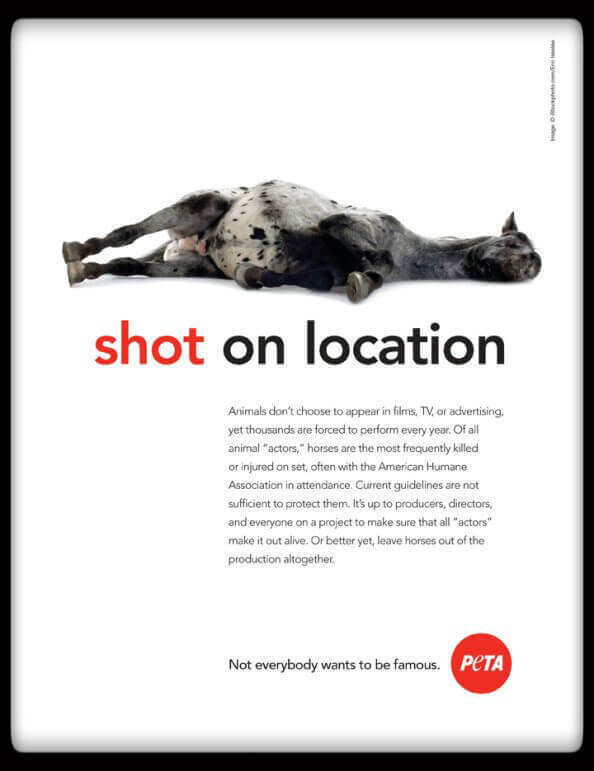 Like all other animals, horses don’t want to be “actors,” and they are often subjected to stressful and dangerous situations during the production of films, ads, and TV shows. The American Humane Association (AHA), the organization responsible for overseeing how animals are cared for on the set, is funded by the Screen Actors Guild—part of the same industry that it monitors. The AHA rarely, if ever, files formal complaints when animals are abused.

We hope our ad encourages producers and directors to protect horses by calling, “Cut!” on using them in films and television.