If anyone has the credentials to condemn the National Institutes of Health’s (NIH) three decades of surgically and chemically inflicting brain damage on macaque monkeys, it’s famed primatologist and conservationist Dr. Biruté Galdikas.

In a letter to NIH Director Francis Collins, the award-winning primate expert and one of anthropologist Louis Leakey’s “Trimates” (a group also including chimpanzee expert Jane Goodall and Dian Fossey, who studied gorillas), takes on Elisabeth Murray’s experiments—stating that “her years of research had led to nothing that is applicable to human psychology, physiology, or psychiatry”—and calls on NIH to end them.

For the past 50 years, Galdikas has studied orangutans in Tanjung Puting National Park, Indonesia. She fondly recalls observing macaques in the surrounding forests.

“They clearly had intricate, complex social relationships and the youngsters played with each other energetically. It was clear where the expression ‘as much fun as a barrel of monkeys’ came from,” she writes. “I also watched a sad macaque mother carrying her dead infant for at least two days. The grief on her face was palpable.” 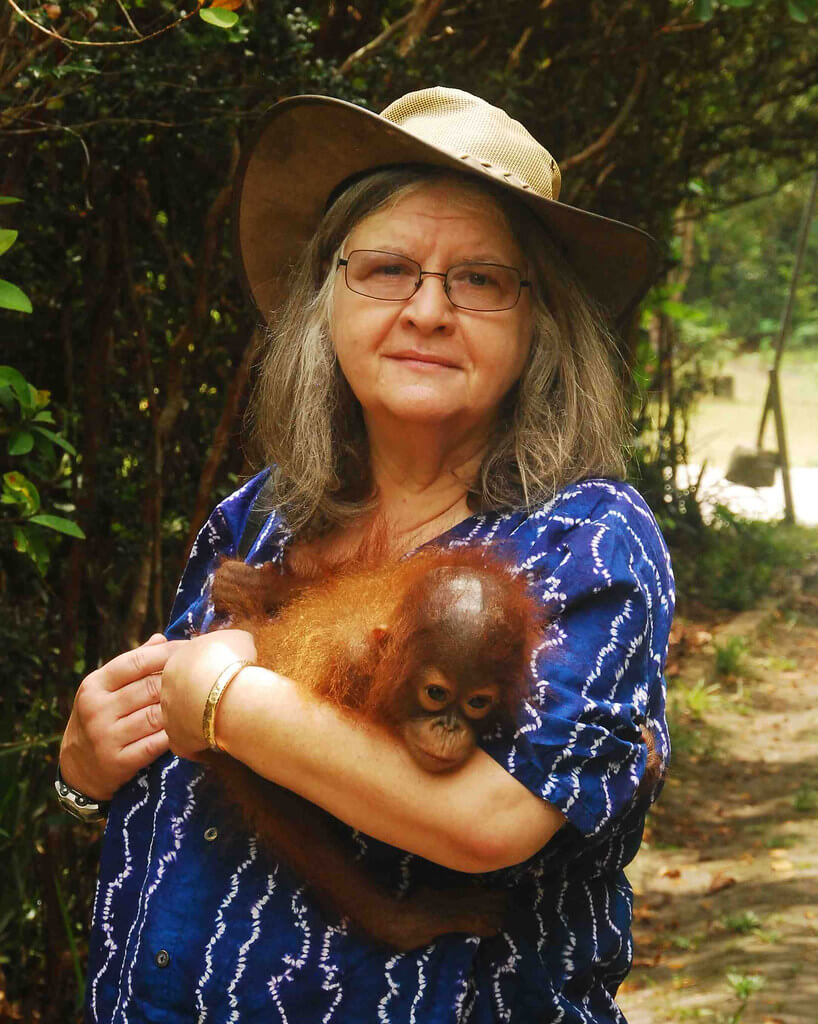 Dr. Galdikas—who’s appeared twice on the cover of National Geographic because of her groundbreaking work and in 1990 received  PETA’s Humanitarian Award—expressed her outrage that tax money is being used to support “seemingly useless experiments of no discernible value on suffering monkeys.” Over the past 30 years, Murray has received nearly $50 million in taxpayer money to continue this pain factory. 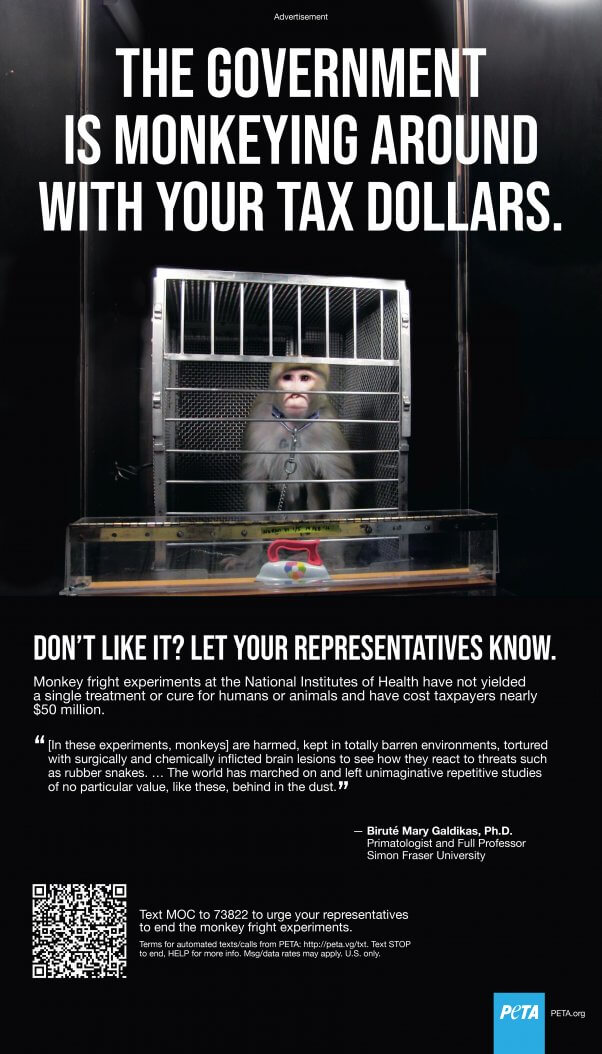 PETA obtained video footage recorded by the experimenters themselves and revealed that Murray cuts open the skulls of monkeys, destroys portions of their brains, and then senselessly frightens them with rubber snakes and spiders. Despite being highly social animals who crave interaction, these monkeys are isolated in barren cages.

“The world has marched on and left unimaginative repetitive studies of no particular value, like Dr. Murray’s, behind in the dust.”
—Dr. Biruté Mary Galdikas

PETA is demanding that NIH stop dumping money into Murray’s laboratory—will you help us?

PETA thanks Dr. Galdikas for using her expertise to be a powerful voice for animals. Please join her in taking action! Call on your members of Congress to urge NIH Director Francis Collins to shut down this little shop of horrors, retire the surviving monkeys to sanctuaries, and redirect taxpayers’ money toward superior, non-animal research methods that benefit humans:

‘Stop Using My Tax Dollars to Pay for Monkey Torture!’