Smashing Pumpkins founder and frontman Billy Corgan is the latest star to speak out against the cruel practice of dehorning cattle. Billy is calling on California Pizza Kitchen to make the responsible and ethical decision to demand that its cheese suppliers stop this barbaric mutilation. 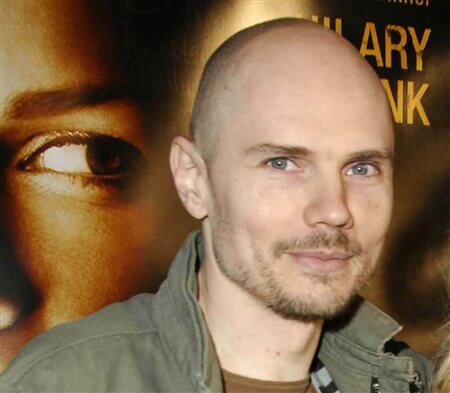 I have viewed the photos and watched PETA’s investigative video of these procedures, and I was appalled to see young calves who struggled and writhed in pain as searing hot irons burned their heads. The industry has noted that the burns are so severe that they may damage the underlying bone. Other practices, which include using caustic chemicals to eat away at the horn-bud flesh via a chemical burn, are no better. … I strongly urge you to take immediate action to stop this unspeakable barbarism by requiring your suppliers to phase out dehorning.

Instead of using these excruciating dehorning methods, farmers can instead breed for naturally hornless, or “polled,” cattle. Just as farmers select for traits such as coat color, they can select for the hornless gene. And since a single gene determines whether a cow will have horns and the polled gene is dominant over the horned gene, with selective breeding new generations of cows can be born without the gene for horns.

Several other companies have taken steps to eliminate dehorning, and Billy urges California Pizza Kitchen to follow suit. He is one of several celebrities, including Ryan Gosling and Casey Affleck, who want to see an end to this painful, and unnecessary mutilation immediately.

Billy is no stranger to raising his voice to protect animals. He’s been a staunch supporter of PETA’s Kentucky Fried Cruelty campaign and PETA Asia’s campaign to free Mali.

Please join Billy Corgan in writing to California Pizza Kitchen and urging the company to require its cheese suppliers to stop dehorning.