Tennessee Gov. Bill Haslam today vetoed the state’s “ag-gag” bill, an attempt by the agriculture industry to prevent American consumers from learning about the cruelty inherent in factory farming. The governor agreed with animal advocates and legal scholars who loudly criticized the bill, acknowledging concerns that it was “constitutionally suspect” and that it “actually makes it more difficult to prosecute animal cruelty cases.” 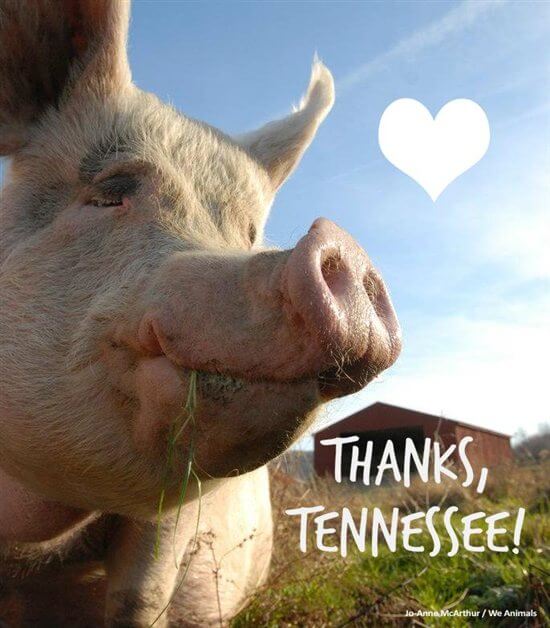 Even when it appeared certain that Haslam would sign the bill into law, animal advocates in Tennessee and across the country refused to back down. Tens of thousands of kind people like you reposted PETA’s action alert, spoke out against the bill, and flooded Haslam’s e-mail, Facebook, and Twitter accounts with messages urging him to veto it. A long list of celebrities also voiced their opposition, including Emmylou Harris, Carrie Underwood, Wynonna Judd, Miley Cyrus, Tish Cyrus, Ellen DeGeneres, Tony Kanal, CMT President Brian Philips, and Republican strategist Mary Matalin—who also sent lawmakers a video in which she highlights the importance of PETA’s undercover work in prosecuting animal abusers.

Please take a moment to tweet @BillHaslam and thank him for showing some mercy to animals on factory farms.