During an interview with Time Out London, the actor was asked if he had to eat anything “gross” like “egg whites” to stay in shape for the movie. He promptly answered, “No, no—well, I eat a plant-based diet”:

During another recent interview, 14-year-old YouTube star Sophia Grace asked Cumberbatch, “Do you like Nando’s?” (a global fast-food chain). He responded, “Well, only if they’ve got vegan options”—which they totally do. And that was after he discussed countering bullying with love and the importance of treating women with respect … swoon:

But the actor didn’t stop there. During yet another interview, while discussing Avengers and a recent trip to Singapore, he talked about getting to try some local food—“as much as a vegan can,” he specified:

Although we’re thrilled to hear the actor discuss his vegan lifestyle so extensively, we must admit that we’re not all that surprised. Aside from being a considerate, inspired person who doesn’t mind telling the truth, Cumberbatch tends to be a compassionate dresser, too. In 2016, he graced the cover of British GQ sporting vegan boots and a suit made of “future wool” from Brave GentleMan, the world’s first all-vegan luxury menswear store. 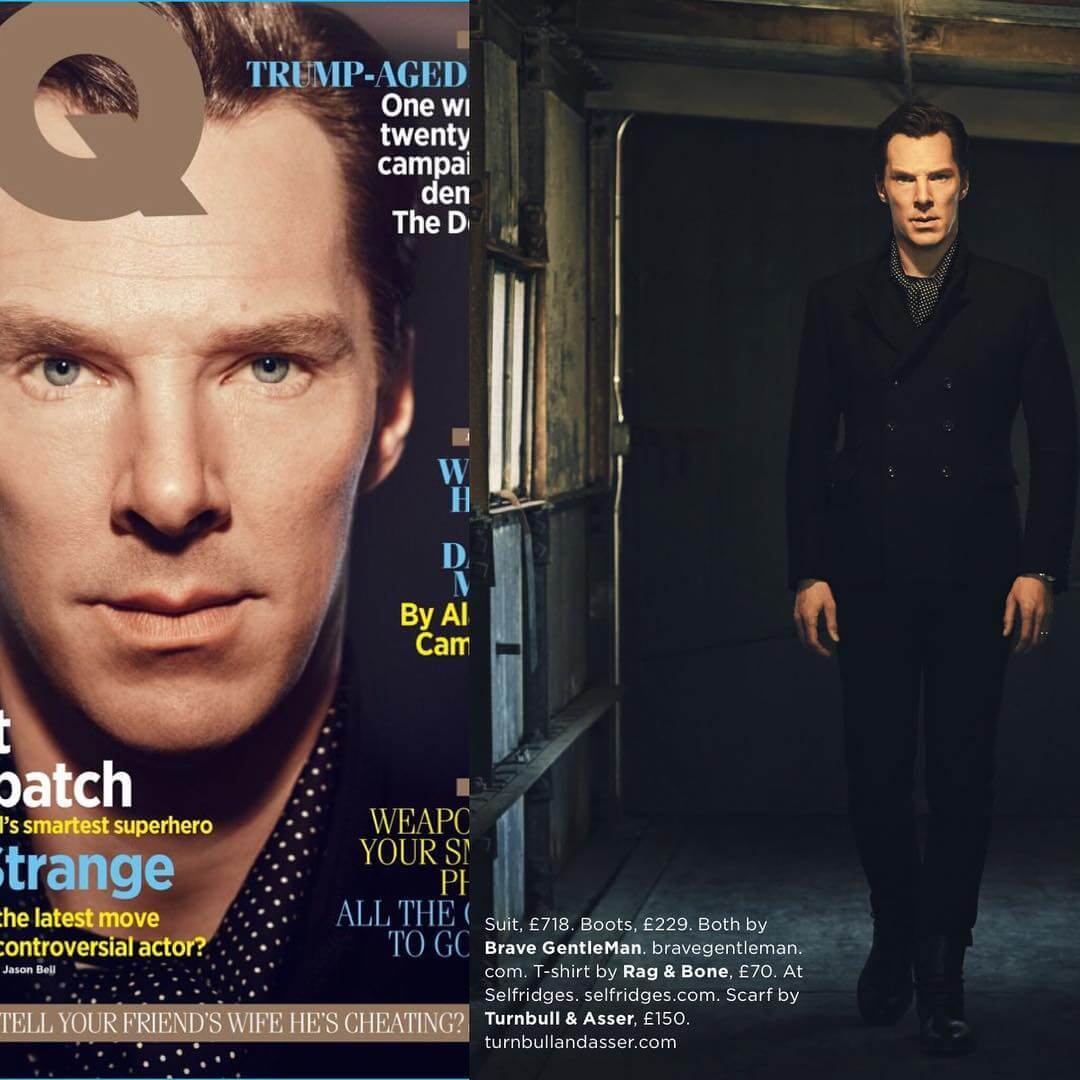 Be as Compassionate as Cumberbatch

The actor makes eating and wearing vegan look good. Click the buttons below to find out how you can be as fit as Dr. Strange and GQ cover–ready all the time: