Located on the top floors of a department store in Bangkok is Pata Zoo—a tourist trap that’s recognized by many as one of the worst zoos in the world.

Every animal in this concrete hell is serving a life sentence – even violent criminals have shorter sentences and better conditions. It’s time to end the immense suffering at Pata Zoo and shut this place down! pic.twitter.com/jsehe3tT21

This nightmarish facility confines wild animals to barren cages that resemble prison cells for shoppers and tourists to gawk at. It denies animals sunshine, fresh air, opportunities for exercise, and meaningful enrichment, leaving them to resort to playing with trash.

A gorilla named Bua Noi has been suffering behind bars in a concrete enclosure at Pata Zoo since 1983. Gorillas like her are social animals who thrive in the company of other members of their species, but Pata Zoo thwarts this fundamental need. For decades, the facility kept Bua Noi all alone in these miserable conditions. 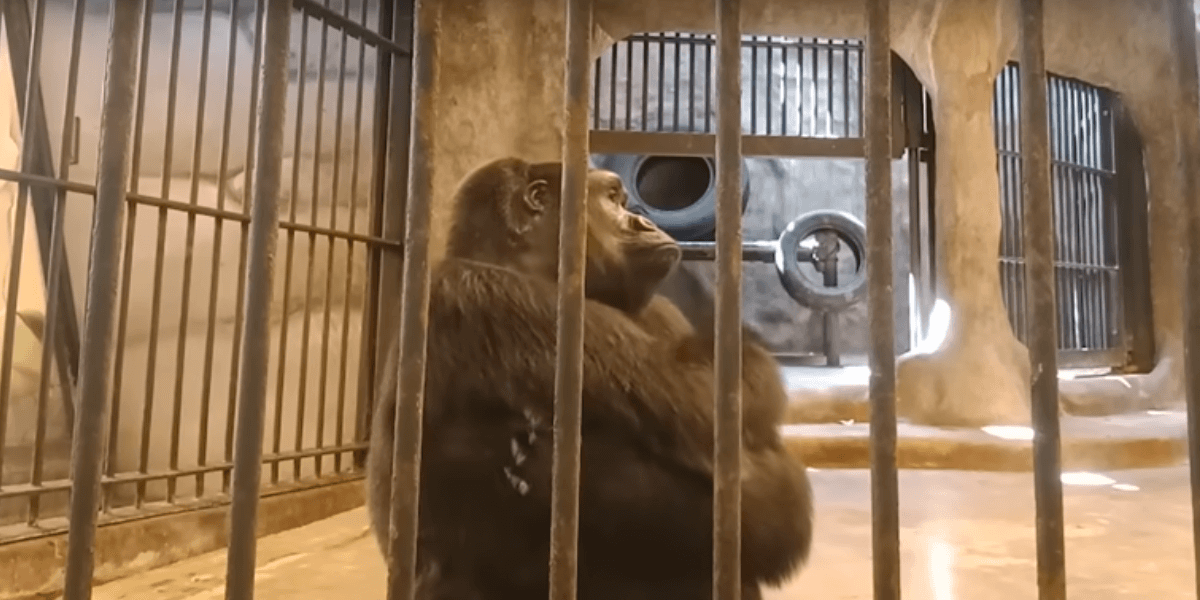 Then there’s Kat, an orangutan who should be swinging in a jungle canopy but instead languishes in a dark, dingy cage with little opportunity for psychological stimulation or physical exercise.

Pata Zoo has received a barrage of negative online reviews from visitors who were apparently horrified by the appalling conditions. One TripAdvisor reviewer said, “Appalling cruelty. Ancient cages. The place stinks. The stuff of nightmares.” Another said, “This place is a prison, animals can’t live here, this is terrible.”

You Can Help Animals Like Bua Noi and Kat

If you want to help animals suffering at hellholes like Pata Zoo, you can start by never visiting roadside zoos, marine parks, or any other facilities that exploit wild animals for profit. Take action against some of the worst roadside zoos: