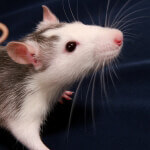 The Environmental Protection Agency (EPA) will reportedly scrap two testing plans that would have meant poisoning thousands of animals. One plan would have required companies to test 23 high production volume (HPV) chemicals on approximately 8,000 animals. PETA had submitted written comments and provided oral testimony against the proposal, including presenting existing data and suggesting non-animal approaches for filling the information gaps that the EPA had identified for the substances.

The EPA is also planning to withdraw another requirement to test an additional 22 chemicals that are no longer produced in high volumes. PETA had also opposed this proposal because it would not have given the public the opportunity to review the testing requirements and comment on them.

Environmental groups expressed disappointment over the plans’ withdrawal, despite the fact that since the inception of the HPV program 16 years ago and the killing of more than 127,000 animals, no additional protections for human health or the environment have resulted.