Update (June 15, 2022): This just in! UC-Berkeley laboratory staff can’t remember to give something as basic as water to monkeys. Federal inspectors revealed that in March, a monkey had been found listless and dehydrated with sunken eyes because staff had been confused about when to give the animal water. Supposedly, staff members were retrained—but another monkey was found dehydrated just two months later.

In another incident, a metal collar placed on monkeys so that staff members could lift them by their necks with a hooked pole was found to be too tight on one monkey, causing sores around the animal’s neck.

This mess of a university needs to stop tormenting animals and implement PETA scientists’ Research Modernization Deal, a strategy for replacing archaic, failed experiments on animals with high-tech, cutting-edge technology.

Read more about UC-Berkeley’s horrific treatment of monkeys below.

The University of California–Berkeley is thought to be a progressive haven where students can get the most out of public education. But its treatment of animals imprisoned in its laboratories is straight out of the dark ages. PETA recently obtained federal documents via a Freedom of Information Act request, uncovering shocking violations of federal Animal Welfare Act (AWA) guidelines in the school’s laboratories. We are demanding an investigation into the following: 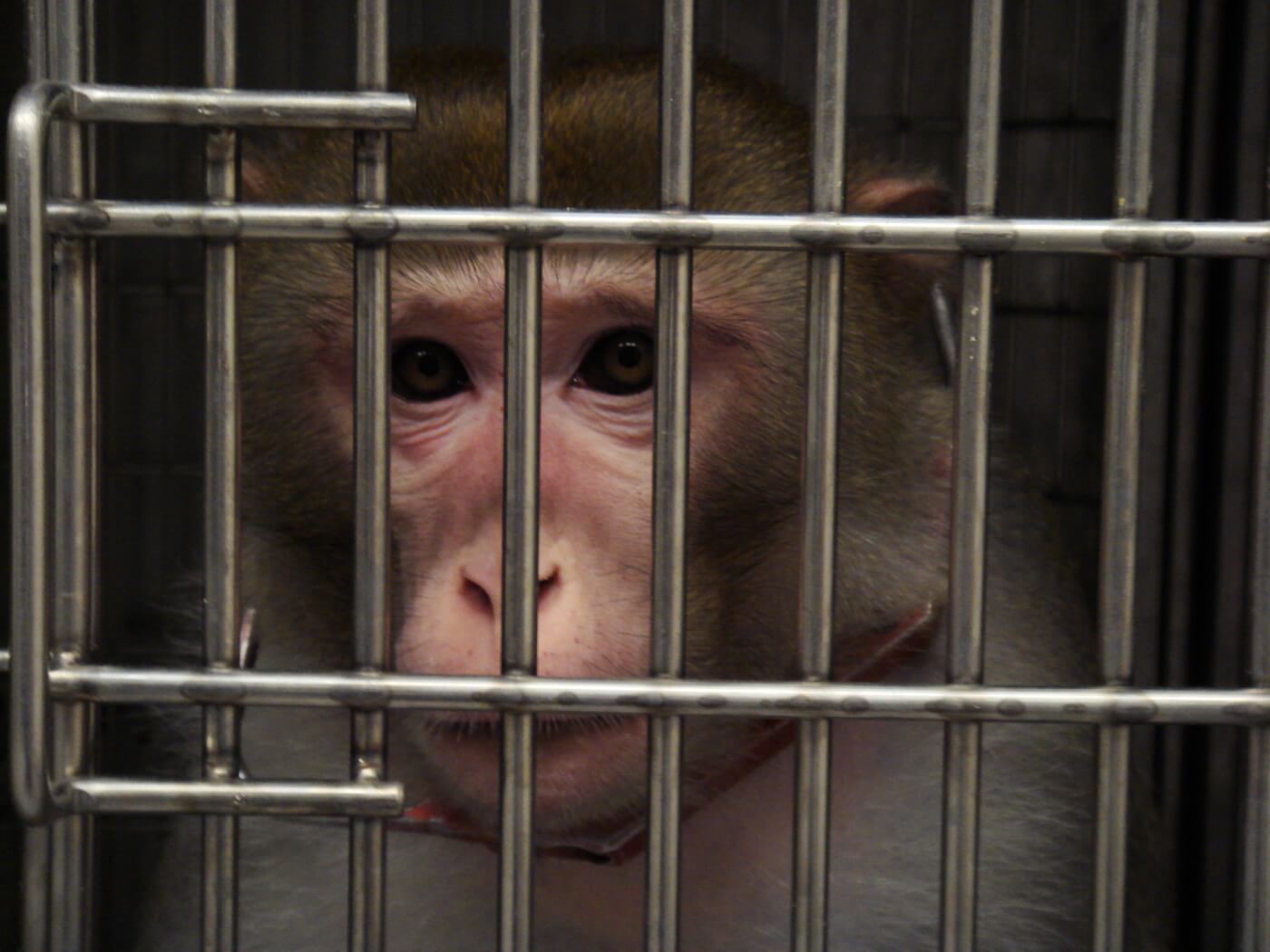 This imprisoned monkey has been deprived of everything meaningful to them, like the monkeys tormented in UC Berkeley’s labs.

UC-Berkeley hasn’t been cited for these blatant violations of the AWA. So we’ve filed a complaint with the U.S. Department of Agriculture (USDA), urging the agency to investigate the school before its culture of callousness causes more suffering and death for animals.

The records show that experimenters allowed at least 30 mice to grow tumors so large that they exceeded the university’s size limits to ensure some modicum of humane treatment, seven young mice were found alive in a freezer intended for dead animals, and four mice were found in cages stacked and ready to go through the high-temperature cage washer. 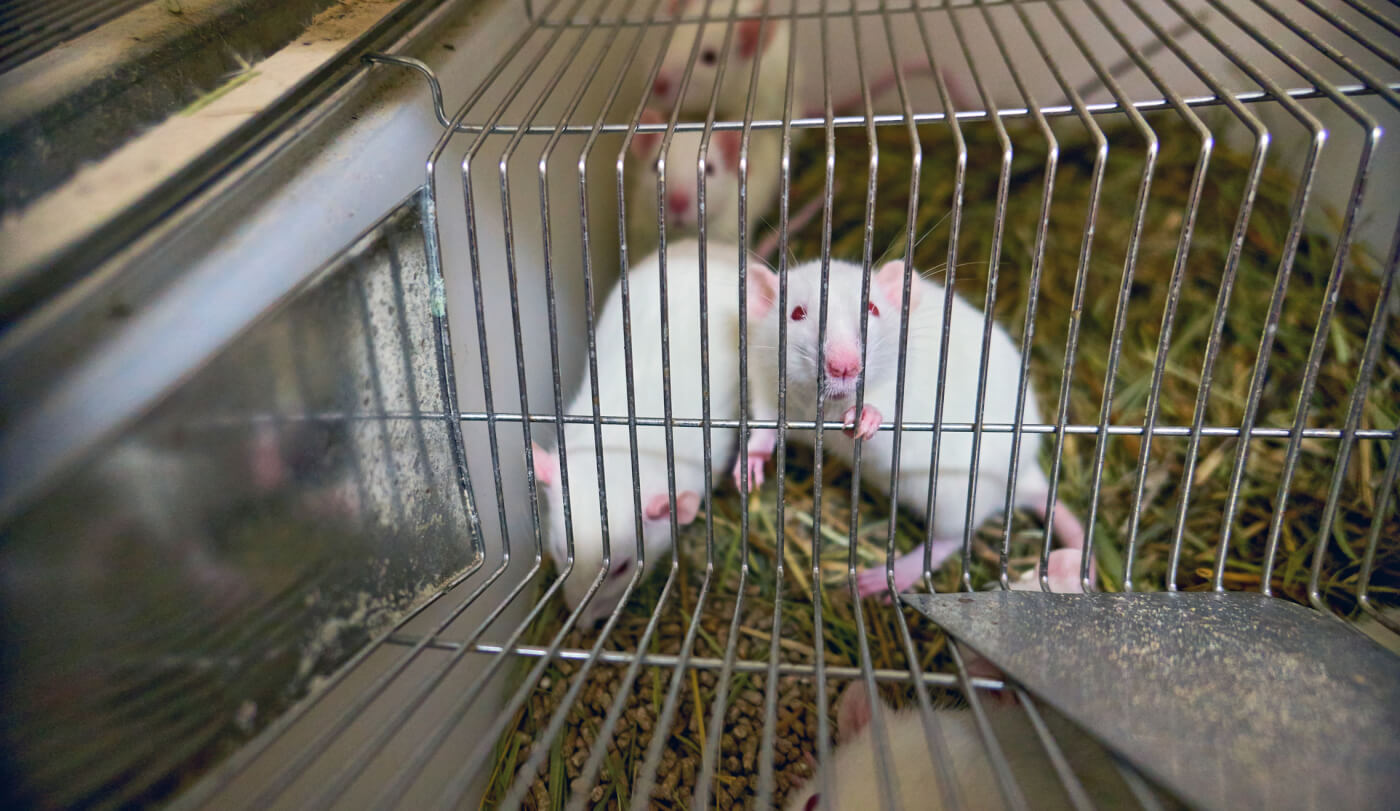 History of Cruelty at UC-Berkeley Needs to Be Investigated

In our letter to the USDA, PETA notes that UC-Berkeley has a long history of chronic and systemic violations of the AWA:

How You Can Help Monkeys Suffering in Laboratories

In laboratories, monkeys, like the one who strangled at UC-Berkeley, endure lives of extreme deprivation punctuated by torment. Their use as “models” for human disease has been a total failure in advancing human health. Yet the National Institutes of Health continues to squander tens of millions of taxpayer dollars every year on seven national primate research centers (NPRC).

In 2015, after intense pressure from PETA, Harvard University’s New England Primate Research Center was closed. Now help us get all the remaining NPRCs shut down: 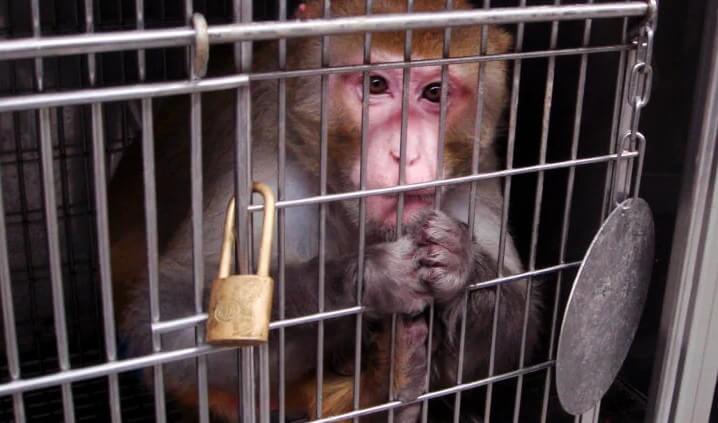 This imprisoned monkey has been deprived of everything meaningful to them, like the monkeys tormented in UC Berkeley’s labs.

Help Get All the Primate Research Centers Shut Down