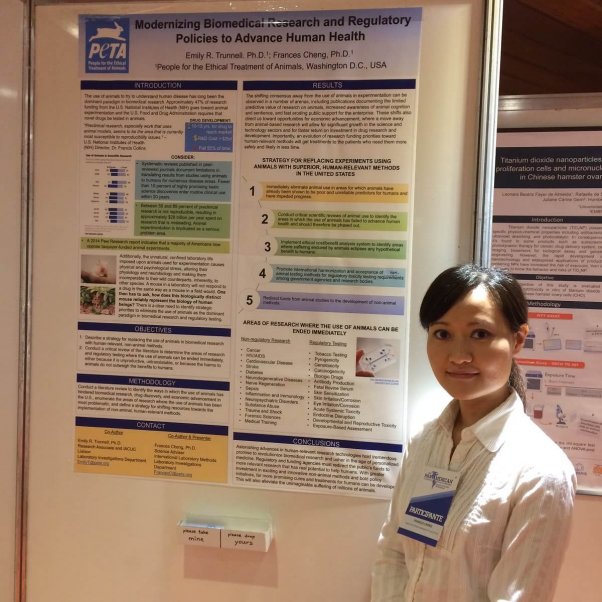 “Billions of dollars are wasted on animal research, which is an archaic methodology that can’t provide useful answers to the questions that scientists are asking in the 21st century,” says study author and former animal experimenter Trunnell. “PETA’s robust blueprint for phasing out animal experimentation shows how to move science forward, save hundreds of millions of animals’ lives every year, and pave the way for the safer and quicker development of new therapies and pharmaceuticals.”

On their poster, Trunnell and Cheng note that approximately 47 percent of all research funding from the U.S. National Institutes of Health (NIH) goes toward animal experimentation. Multiple review articles and meta-analyses have shown that the vast majority of animal studies aren’t reproducible and that the data derived from tests on animals doesn’t apply to humans. Novel drugs that appear safe and effective in animal trials fail 95 percent of the time in human trials. 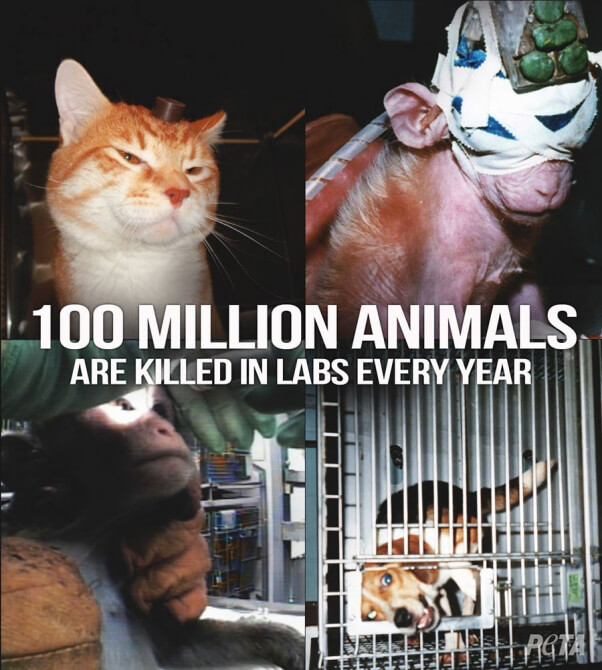 PETA’s strategy for ending the use of animals in research includes the following:

We need lawmakers to understand how much money NIH currently wastes. Please send a polite e-mail to your members of Congress urging them to mandate that NIH stop throwing away taxpayer money on cruel, useless animal experiments and instead focus on modern, non-animal methods of research.