We knew it would happen. No one who cares about climate change as much as Al Gore does can continue to support one of the leading causes of the phenomenon: factory farming. His Live Earth benefit concerts promote going vegan, and now Al Gore himself has made the switch to a plant-based diet. 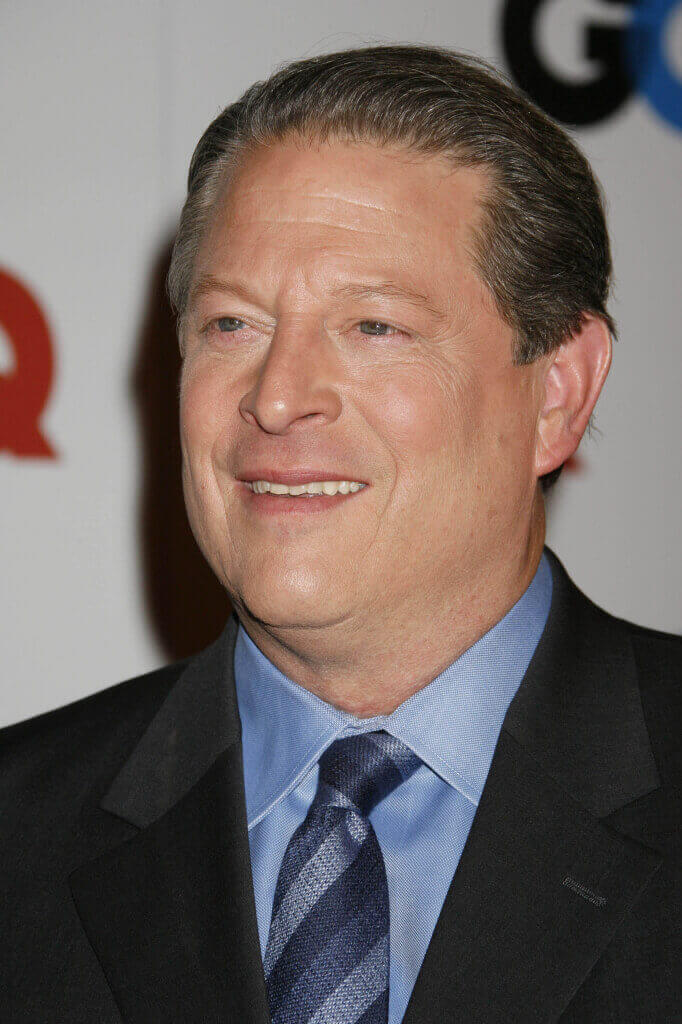 ©StarMaxInc.com
We’re sure that like his former boss, President Bill Clinton, Al will enjoy his slimmer waistline and better overall health as well as the knowledge that he just made huge progress toward protecting the environment.

Horatio Sanz will be celebrating his first vegetarian Thanksgiving this year. True to form, the comedian announced the news in a funny Twitter post:

Join me for a vegetarian Thanksgiving. I'm only eating pie and ice cream. #PETA

But when one of his followers asked if he was really forgoing turkey, Horatio left no doubt about it:

About not eating Turkey? Yeah! @EmilyBerna r u serious

It’s a Tofurky for Don Imus and his family, too. When PETA pal Mary Matalin phoned in to Imus in the Morning to chat with the host, Don bragged about his Thanksgiving fare, saying, “[N]ow they’ve made so many improvements in the organic vegan stuff that, man, it’s great.”

One of the directors of Finding Nemo, Lee Unkrich, has realized that fish are friends, not food:

Been vegan for almost three months. Much easier than I thought it would be.

Al Roker’s morning weather show, Wake Up With Al,  might seem like an unlikely place to see promotions for animal-friendly fashion, but when Al and co-host Stephanie Abrams did a segment on winter coats, they made sure to point out that all the fur was faux and completely animal-friendly.

And speaking of unlikely, Kanye West reportedly enjoyed vegan food backstage at the Washington, D.C., stop of his tour. Kanye’s manager is vegan and hired Woodlands Vegan Bistro to cater. The bistro Instagrammed a picture of the rapper chowing down on its food:

TLC’s Chilli hopped on Instagram, too, to post the animalistic new anti-circus ad that she shot for PETA:

Not cool what they do to the animals jus to entertain us. #peta BTW it took me an hr to get all that body paint off

And after PETA tweeted congrats to Ariana Grande for her American Music Awards win, the newly minted vegan returned the love:

Thank U U vile horrible cowardly creature @melissabachman for making the world aware of the evil of hunting beautiful animals for "sport".

I'm on a stamp!! Go to http://t.co/JkpoPECkI9 and get yours! Lick me! pic.twitter.com/xKcbrRPnW1

New Jersey Sen. Cory Booker said what every vegan has thought at least once:

Yo Alfano, much less weird than a turducken RT @EddieAlfano yo Booker, as a vegetarian do you eat all sorts of weird things on thanksgiving?

And Jason Biggs had one of the best responses that we’ve seen to the fact that SeaWorld’s float is being allowed in Macy’s Thanksgiving Day Parade:
https://twitter.com/JasonBiggs/status/403985355856023552