After the trade publication California Dairy Magazine stopped responding to ad inquiries to run a full-page spread from PETA seeking dairy-industry whistleblowers, we instead secured placement for our vital, lifesaving message in tomorrow’s editions of The Fresno Bee and its Spanish counterpart, Vida en el Valle, asking tipsters to submit evidence of cruelty to cows on California dairy farms. 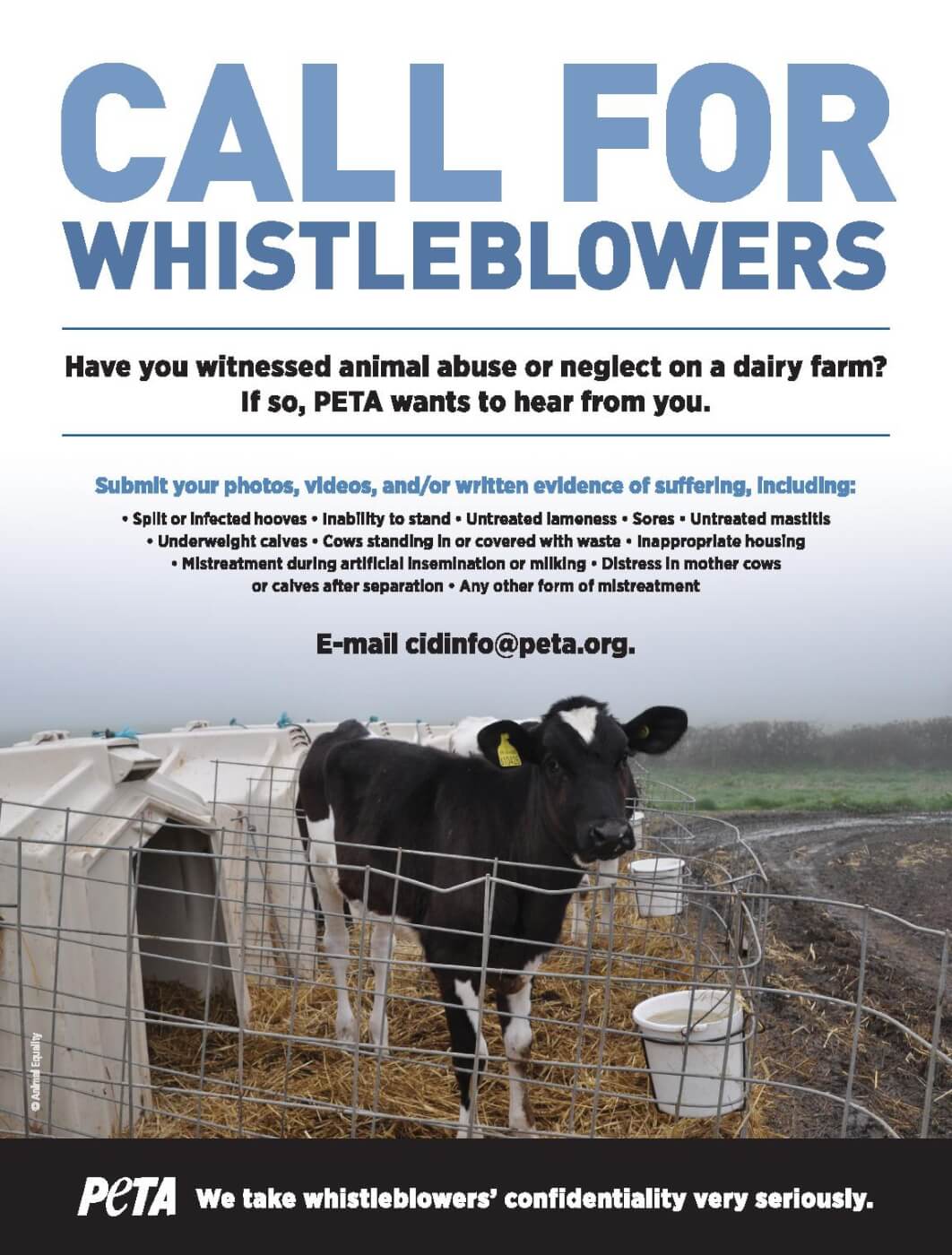 “We want to hear from anyone who has seen cows struggling to walk, mired in their own waste, or bellowing for the calves who have been stolen from them. By reporting abuse to PETA, industry insiders can help stop the abuse that Big Ag is desperate to keep behind closed doors.” 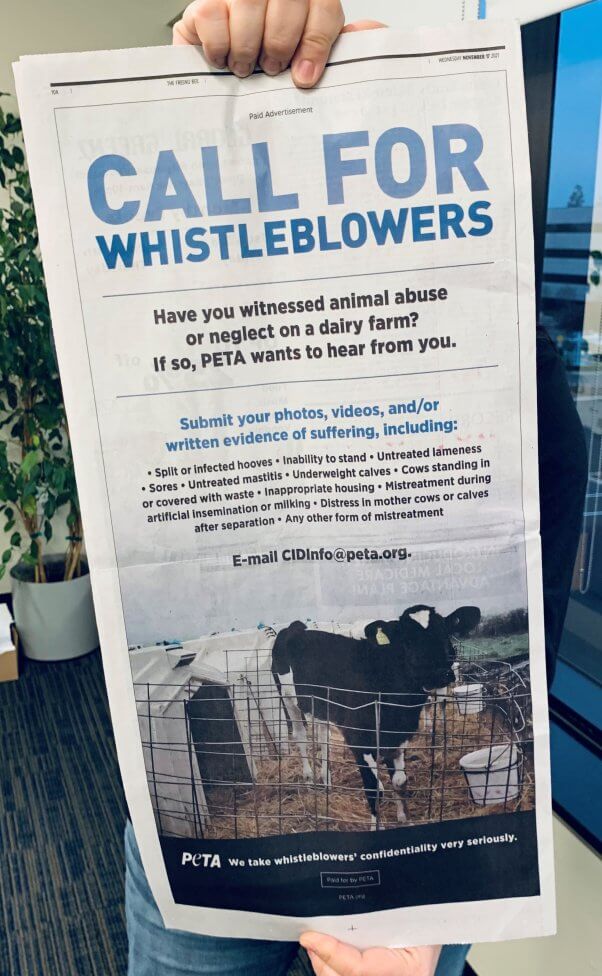 A PETA investigation into Reitz Dairy Farm in Pennsylvania revealed that cows being milked were denied care for painful grapefruit-size masses that oozed blood and pus, struck repeatedly on their sensitive udders, and found lying dead in manure.

A whistleblower documented that cows at a Daisy Brand supplier were forced to stand and lie in their own waste. Some of the animals shown in PETA’s video exposé of the farm are so filthy that you can barely tell what color they are.

Cows in the dairy industry are artificially inseminated—workers insert an arm into the animals’ rectum and a metal rod to deliver semen into their vagina—and their calves are taken away from them shortly after birth so that their milk can be sold and consumed by humans instead. Male calves, who are considered a “byproduct” by the dairy industry, may be killed and carved up for veal, while female calves are typically used as milk machines until their bodies give out and they’re slaughtered for cheap meat.

If you’ve seen abuse on a dairy farm, we want to hear from you:

Submit Your Concerns to PETA

Per capita fluid cow’s milk consumption has dropped 40% since 1975, according to U.S. Department of Agriculture data, while roughly one in three U.S. adults now drinks vegan milk at least weekly.

The best way to help cows in the dairy industry is to go vegan. PETA will even help you do it.