June is National Dairy Month, and PETA is out in full force to remind people that—in addition to traces of blood and pus from cows’ infected udders—every carton of dairy milk contains a hidden ingredient: cruelty. 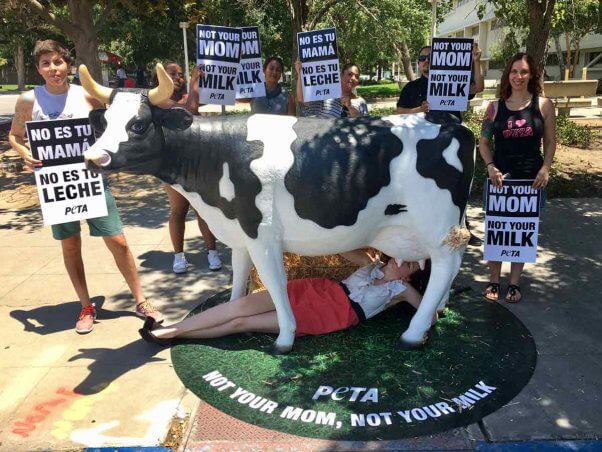 On dairy farms, mother cows are forcibly impregnated time and time again, and their babies are torn away from their sides shortly after they’re born so that humans can collect and drink the milk intended for the calves. Some mother cows have been heard calling for their calves for days after these traumatic separations occur. The physical and mental toll that this takes on these gentle animals is exactly why PETA supporters were out with a head-turning message (and visual aide) for milk drinkers: “Not your mom, not your milk.” 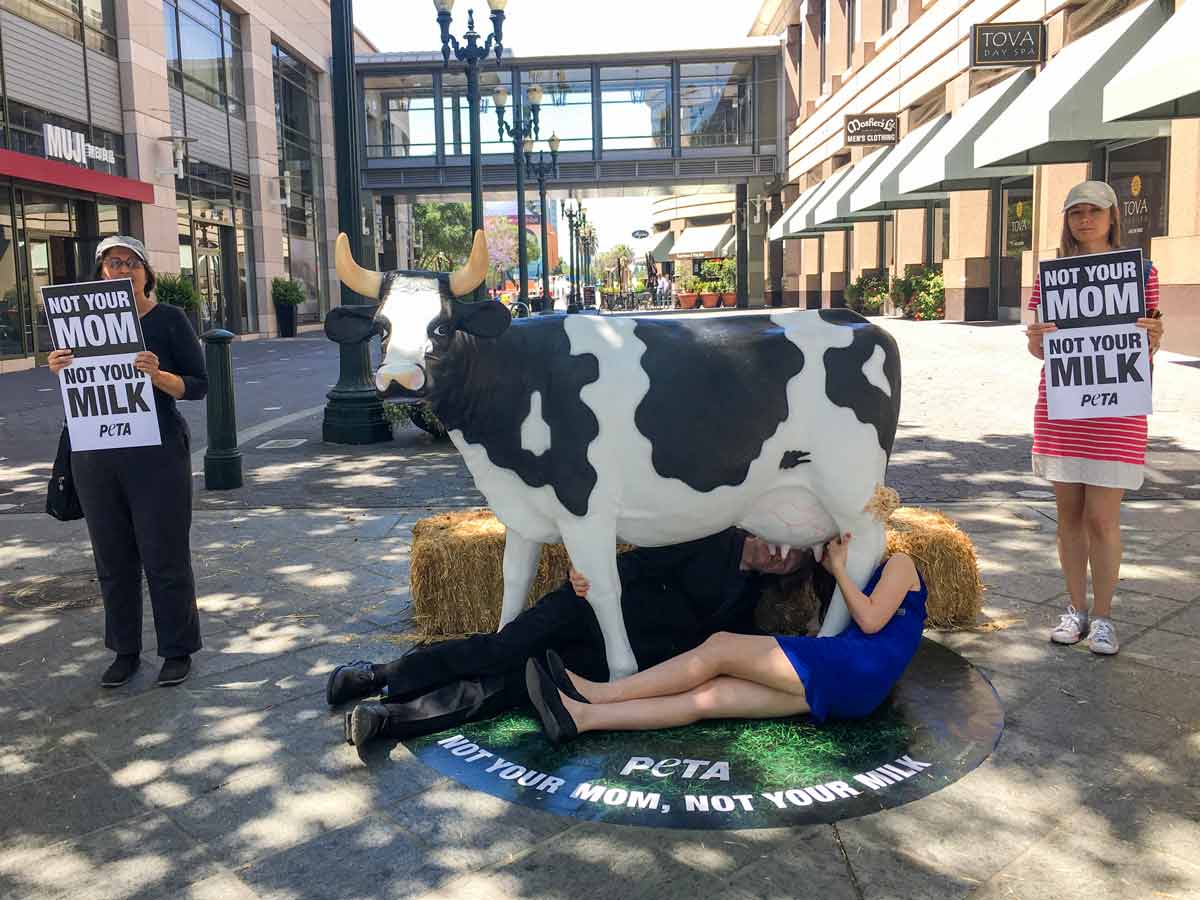 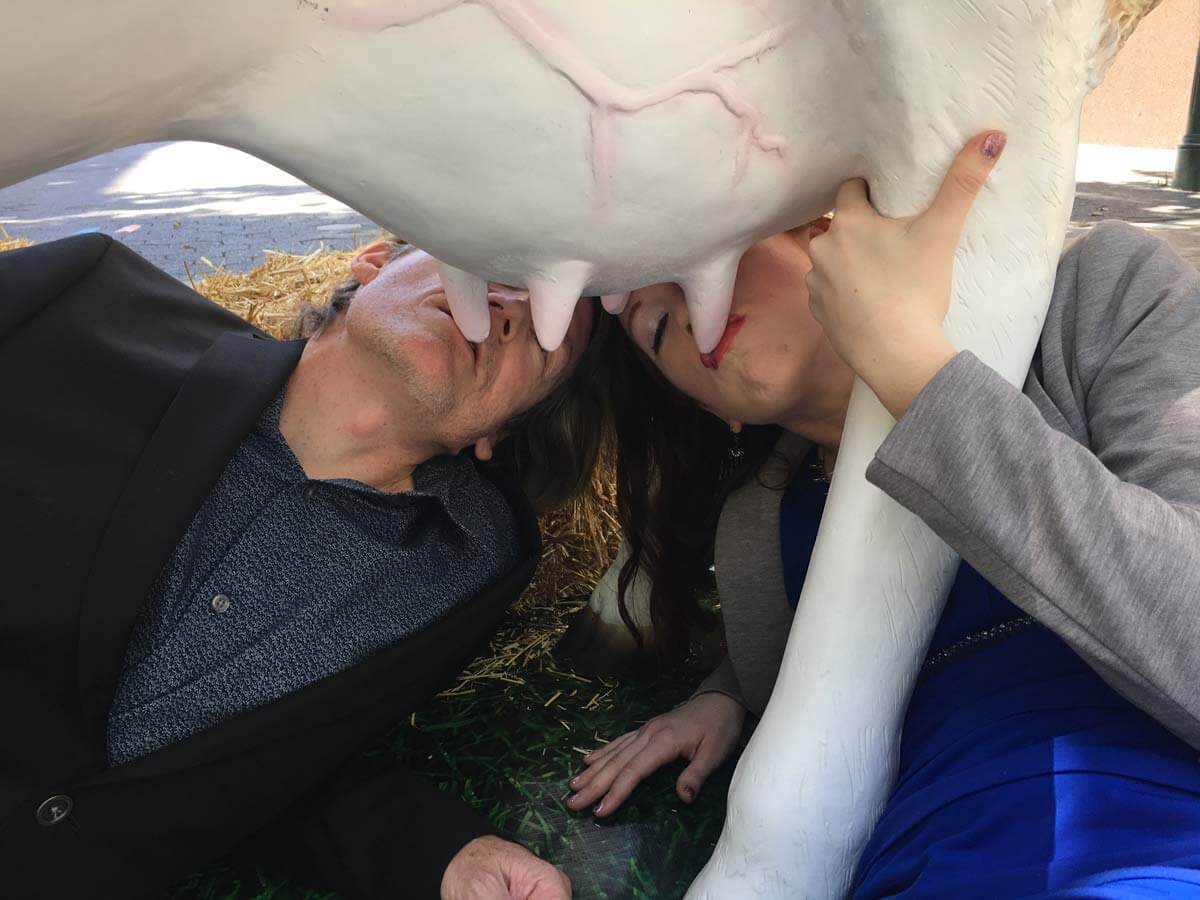 The lives of cattle born into the dairy industry don’t get any easier, either. Male calves are shoved into tiny veal crates, while most female calves endure the same fate as their mothers: They’re forced to produce milk until their bodies give out at around 4 years old—far short of their natural 25-year life expectancy—at which point they’re slaughtered for cheap meat.

You can spare cows a lifetime of suffering by choosing healthy, delicious plant-based milks.

Not only are vegan milks (like soy, coconut, and almond milk) delicious, they’re also easier than ever to find. So, unless you’re a baby cow, there’s never been a better time to ditch dairy. Check out our guide to plant-based milks to get started, and order a vegan starter kit if you’re ready to start making a difference for all animals used for food.