PETA will be inside and outside the Burlington, Ontario, Court of Justice this Monday in a show of support for Toronto Pig Save cofounder Anita Krajnc, who is on trial for giving water to hot, thirsty pigs who were being hauled to slaughter.

On a scorching-hot day in June 2015, Anita and supporters of Toronto Pig Save gave water to overheated, severely dehydrated, and thirsty pigs who were crammed into a metal transport truck on their way to slaughter as the truck was stopped at a traffic light. It was likely the last, and only, act of kindness these animals had ever known. 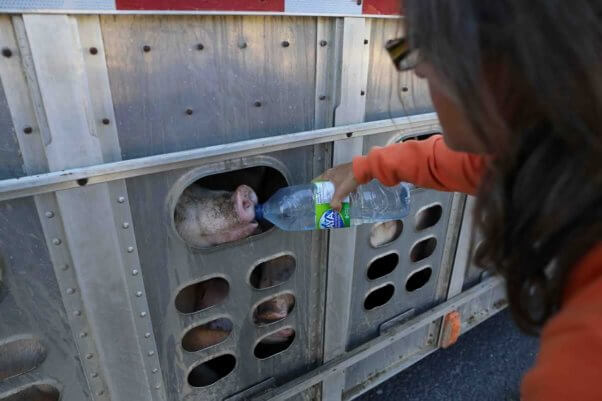 The driver of the truck confronted Anita and hurled sexist slurs at her. For her compassion, she was charged with criminal mischief for interference with the “use, enjoyment or operation of property”—the “property” being the pigs. She initially faced up to 10 years in prison and now still faces up to six months in prison and a $5,000 fine. The story was picked up by media around the world and quickly went viral. 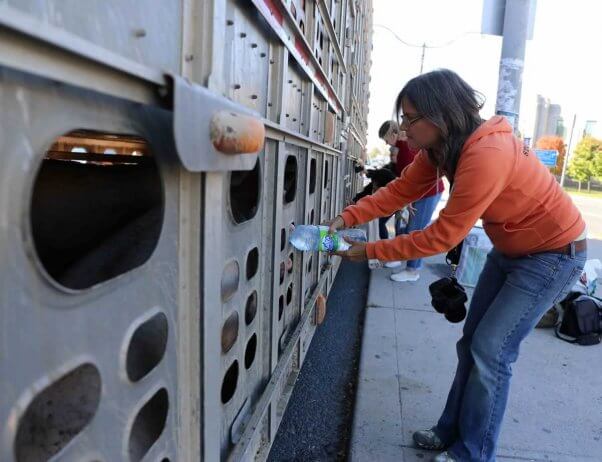 Aside from PETA, Anita has a throng of doctors, veterinarians, and experts in animal welfare in her corner and ready to testify on her behalf. One of her attorneys, Gary Grill, noted, “It’s always … nice to represent a client who has the moral high ground.”

Since Anita’s arrest, multitudes of people have voiced their support for The Save Movement, and there are now more than 50 active groups worldwide. 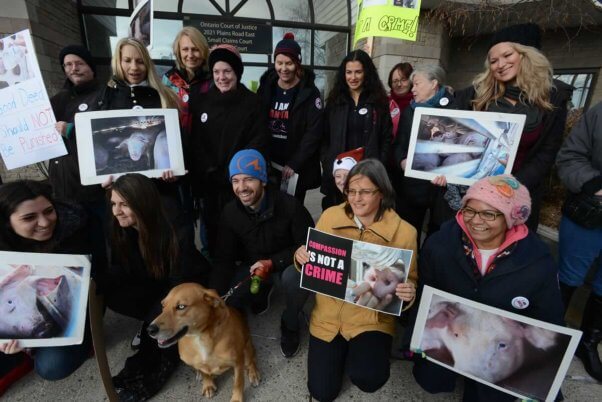 PETA and Toronto Pig Save will be outside the courtroom to proclaim, “We stand with Anita. Compassion is not a crime.” If you can’t join us, you can support Anita and animals by sharing her story on social media using #PigTrial and #CompassionIsNotACrime. PETA will keep our supporters updated on the trial as it progresses. 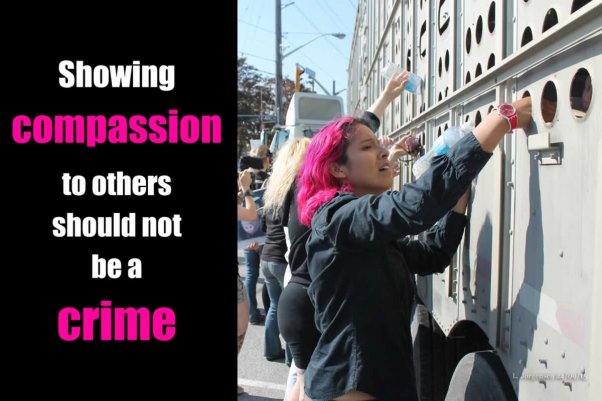