That’s our number of the day, boys and girls. Which of the following adds up to 29 million?

If you chose “5,” you may be watching too much of the Count (or maybe you just cheated and Googled “29 million”), but you would also be correct.

Of course, the notable fact for our purposes is that 29 million pounds of antibiotics are fed to animals on farms. Quick refresher for those of you who are new to the Files: Animals are routinely fed antibiotics in order to promote growth and keep them alive long enough in filthy, miserable factory-farm conditions to be poked and prodded to slaughter. 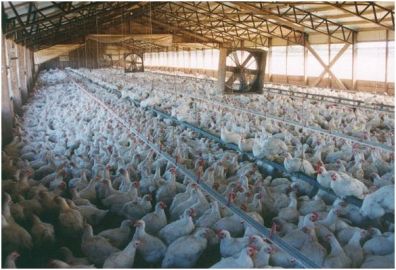 This is problematic for those of us who aren’t making heaps of money off abused animals’ backs, because the overuse of antibiotics leads to the development of antibiotic-resistant “superbugs,” which then proceed to eat our flesh, ravage our lungs, poison our blood, and engage in other nasty, life-threatening behavior.

This is the first time that the government has even attempted to tabulate the staggering amounts of antibiotics fed to animals. One has to wonder what took it so long—although, as nutrition professor and author Marion Nestle points out, “[I]t is a sign that the FDA is taking steps to address this serious public health problem.”

What do you say we check back at this time next year to see how much that number has gone up or down?