Every year, the fur industry heartlessly kills 50 million animals. Animals on fur farms spend their entire lives confined to cramped, filthy wire cages, where they have only enough room to take a few steps in any direction. Fur farmers use the cheapest and cruelest killing methods available—animals are bludgeoned, suffocated, electrocuted, gassed, poisoned, hanged, and often skinned alive for their fur.

Animal rights activists around the world have taken a stand for animals who are slated to be killed for the cruel fashion industry. These demonstrations pale in comparison to the real bloodshed in the fur industry, but here are 10 of the “bloodiest” demonstration photos to give you an idea of the suffering that animals endure on fur farms: 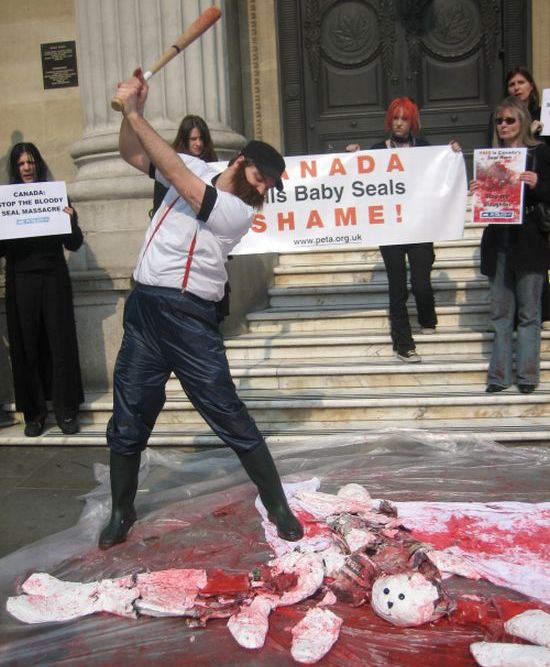 Animal advocates in London’s Trafalgar Square protested against the Canadian government for allowing sealers to beat and skin hundreds of thousands of seals every year. 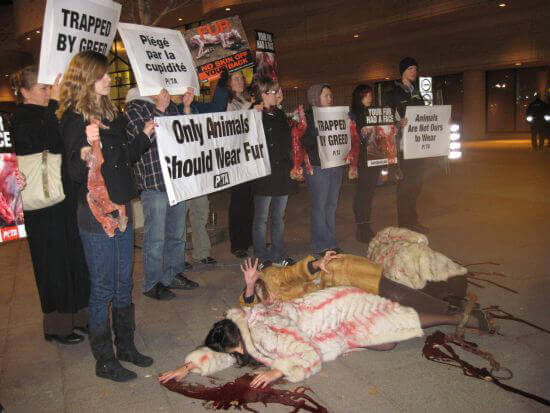 Protesters at a “bloody” demonstration in Ottawa spread the word that only animals should wear fur. 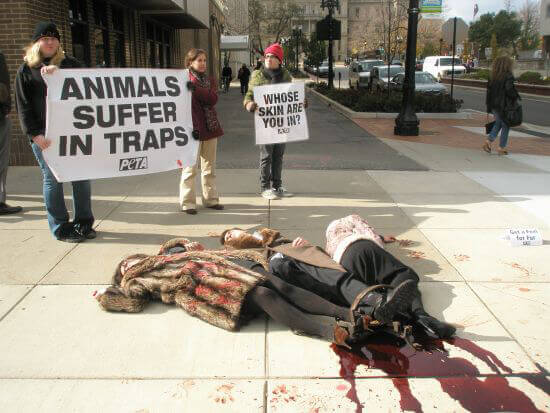 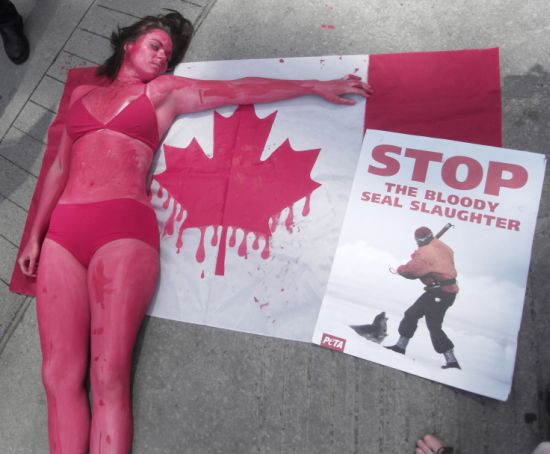 A dedicated animal right activist spread the word about the bloody seal slaughter. 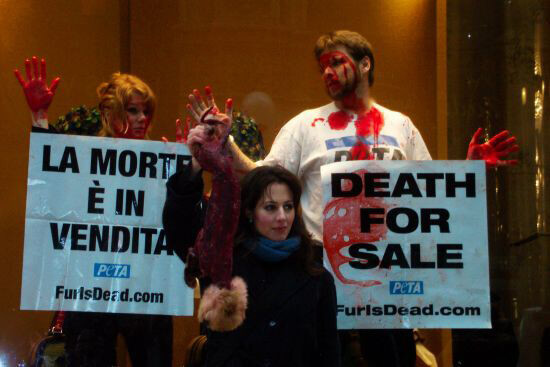 Passionate animal lovers in Milan educated shoppers about the animals who are skinned alive for the fashion industry. 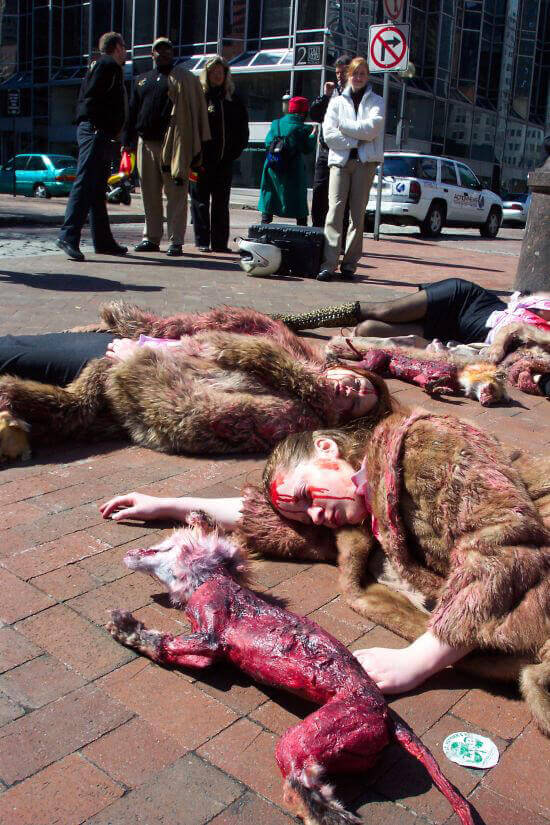 Passersby in Pittsburgh got a look inside the shocking fur trade, in which animals killed for their fur writhe in pain and agony as the skin is cut from their bodies. 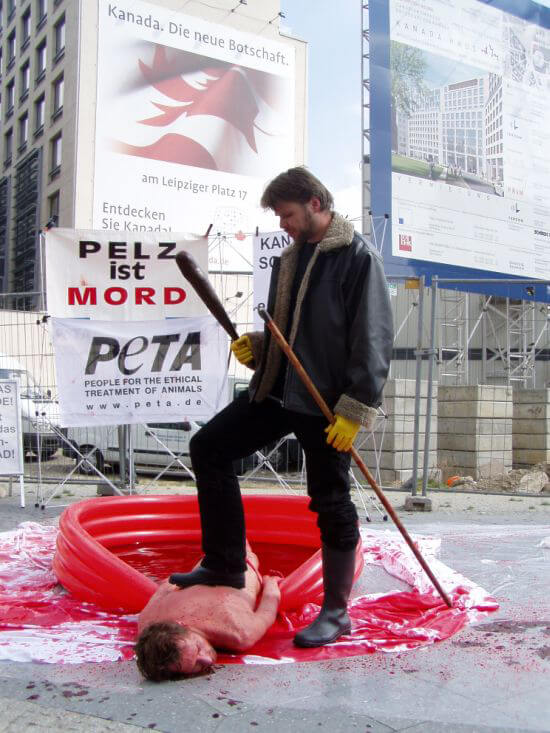 A “seal” was clubbed in a “blood-soaked” demo in Berlin to raise awareness about Canada’s annual war on seals. 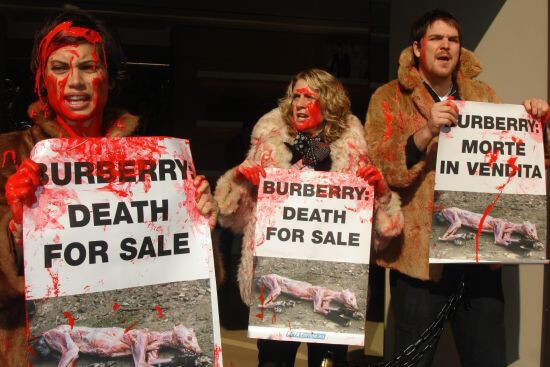 Compassionate activists spoke out for animals who suffer and die because of bloody Burberry’s cruel designs. 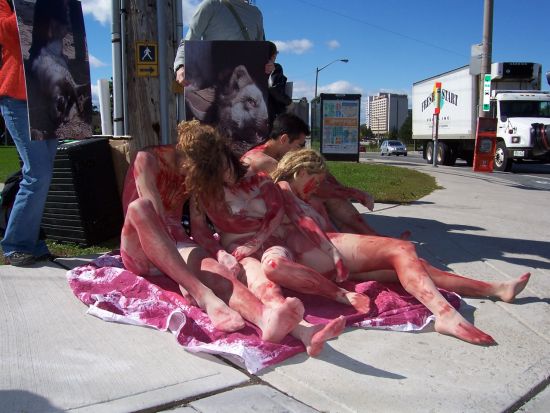 “Blood-covered” animal advocates in Toronto revealed the truth behind the cruel fur industry. 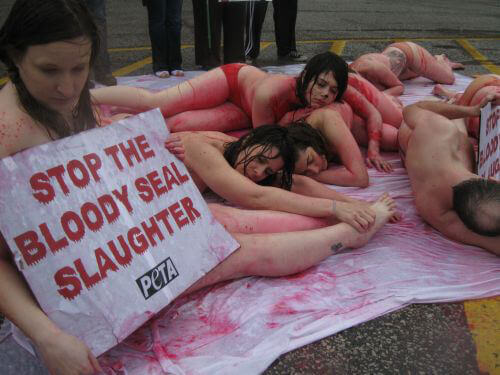 “Bloody” animal rights activists huddled together in Toronto to speak up for baby seals who are slaughtered for their fur.

P.S. Join PETA’s Action Team to find out when and where we will hold the next “bloody” demonstration. Or organize your own demonstration with your friends and contact us if you need any help.