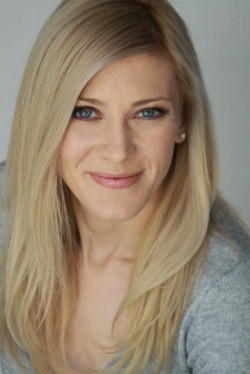 Name: Ashley Byrne
Position: Campaign specialist
E-Mail: [email protected]
Facebook: Facebook.com/AshleyAllisonByrne
Twitter: Twitter.com/AshLovesMongo
Instagram: Ashlovesmongo
Where do you work? New York, New York
Do you have companion animals? I have one dog named Mongo and two kitties named Calypso and Meesh.
What’s the best part about your job? Taking action every day to make the world a kinder place and helping others do the same! I love telling people about how much of an impact they can have just by making kind choices about what they eat and wear so that instead of just feeling sad when they hear about issues facing animals, they can feel empowered to make a difference at every meal or with every trip to the store.
What’s the hardest part about your job? Knowing every day when I close my laptop and put my work away that I may get the night or the weekend off, but the animals suffering at the hands of the meat, dairy, egg, and fur industries don’t.
Best memory at PETA: Taking part in a fur protest in Istanbul’s busy Taksim Square as a “leopard lady” wearing bodypaint and not much else. We had no idea what to expect since it was Turkey’s first-ever “naked” anti-fur demonstration, so we were thrilled when we ended up surrounded by a huge crowd of journalists and onlookers, all wanting to know more about how they could help animals by going fur-free. CNN Türk even broadcast live on site! Afterwards, we joined a local group of activists for a delicious vegan lunch at a nearby restaurant and heard about all the wonderful things that they are doing to improve the lives of animals in Turkey.
What do you like to do when you’re not at the office? I like taking trips to the dog park with Mongo, checking out what’s new and exciting in the world of vegan food and fashion, and reading books that are good enough to make me miss my stop on the subway, all fueled by lots and lots of coffee!

How You Can Help Animals