Many kind people choose coconut milk instead of cow’s milk because they don’t want to support cruelty to animals. But a disturbing PETA Asia investigation revealed that terrified young monkeys in Thailand are chained, abusively trained, and forced to climb trees to pick coconuts that are used to make coconut milk, meat, flour, oil, and other products.

PETA Asia investigators visited eight farms on which workers force monkeys to pick coconuts—including suppliers for one of Thailand’s major coconut milk producers, Chaokoh (pronounced CHOW-kaw)—as well as several monkey-training facilities and a coconut-picking competition. At each one, eyewitnesses documented that these sensitive animals were abused and exploited. Young monkeys were forced to perform frustrating and difficult tasks, such as twisting heavy coconuts until they fall off the trees from a great height. An investigator learned that if monkeys try to defend themselves, their canine teeth may be removed.

Following PETA Asia’s investigation, more than 33,000 stores—including Albertsons, Target, Safeway, Kroger, and Wegmans—stopped purchasing this brand’s products, and the majority will no longer buy any coconut products derived from Thai monkey labor. But despite having been alerted to the ugly origins of Chaokoh coconut milk, major grocery chains Woodman’s Markets, Tony’s Fresh Market, and 99 Ranch Market continue to sell these products.

You can help protect monkeys by taking the following six actions.

1. Organize a Protest to Urge Retailers to Reconsider Their Ties With Chaokoh—We Can Help! 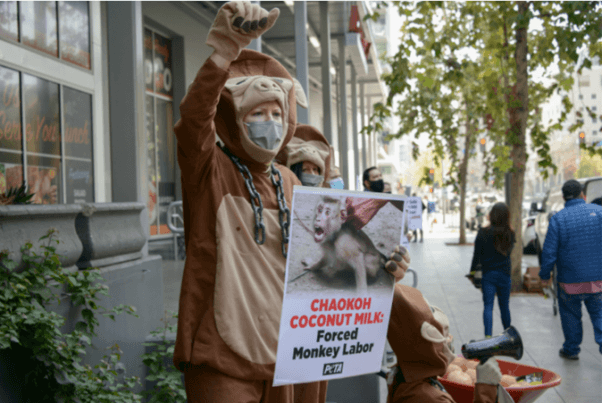 Make sure everyone knows that the grocery stores listed above are paying for forced monkey labor. Hold a protest outside a store location near you—we’ll help you! We’ll supply you with eye-catching campaign signs, informative leaflets, and even monkey costumes. We’ll also help you get the word out about your event. Contact us:

2. Leaflet in Front of a Local Grocery Store That Sells Chaokoh Coconut Milk 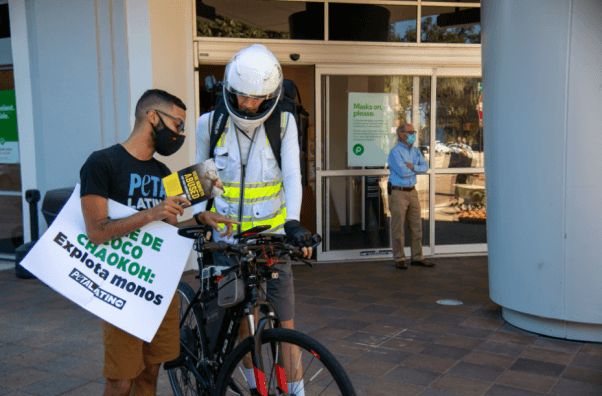 Not able to organize a protest? It only takes one person to make a huge statement. Order a “Chaokoh Coconut Milk: Forced Monkey Labor” sign and “Were Monkeys Abused for Your Coconut Milk?” leaflets to distribute at your nearest grocery store that sells Chaokoh coconut milk. We’ll send you free supplies—just let us know how many signs and leaflets you need along with your complete name, mailing address, and the name of the store where you’ll be leafleting. Be sure to give a leaflet to the manager and ask them to reconsider their relationship with Chaokoh. 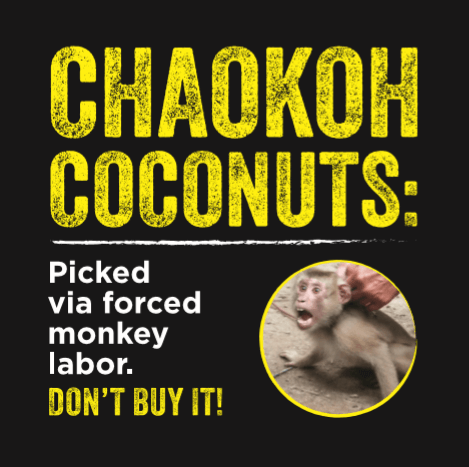 Get creative with these peel-off Chaokoh stickers. Send us photos of your work at [email protected]. 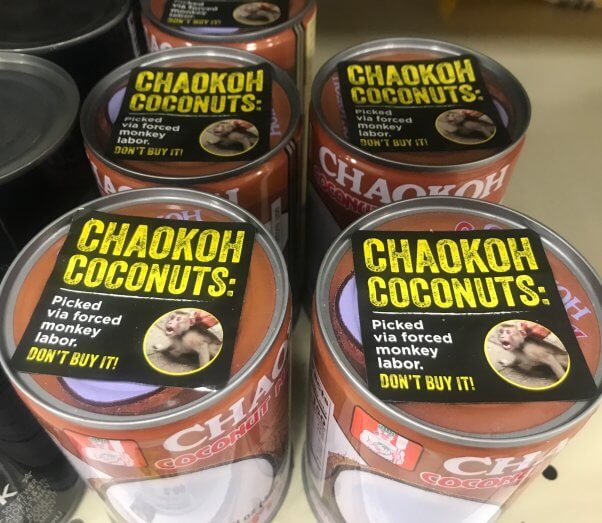 4. Call and Ask Retailers to Reconsider Their Relationships With Chaokoh

Pick up the phone and take action right now for monkeys:

Not sure what to say? Our talking points can help guide your conversation:

Insist that retailers reconsider their ties with Chaokoh by sending e-mails to store executives. Use your own words or the talking points listed in action 4.

Use social media to call out stores that sell Chaokoh coconut milk. You can use your own words or use the talking points listed in action 4. 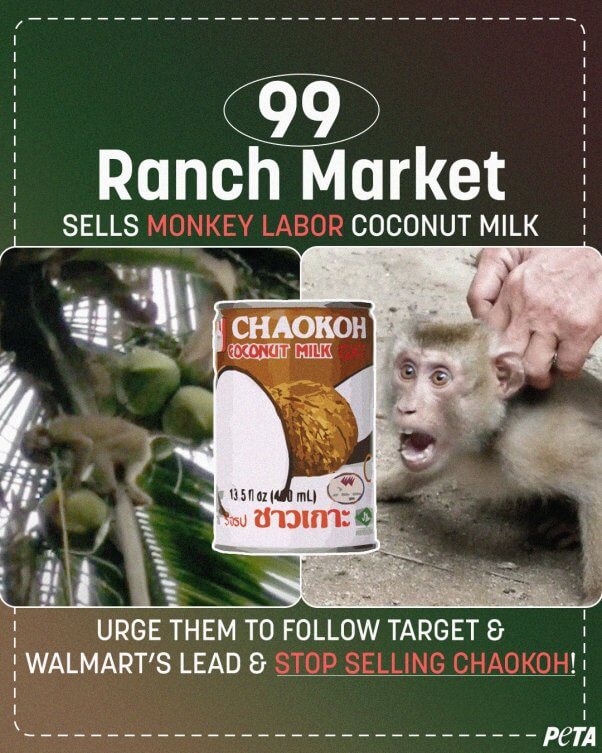