Even though PETA has provided Project Lead The Way (PLTW) with evidence that students frequently avoid taking science classes that will require them to dissect animals, the company is still creating national curricula involving these antiquated, grisly procedures. Around 73% of Gen Zers consider themselves to be animal rights activists. Yet PLTW continues to promote dissection, which requires students to cut open sheep’s brains and hearts, cows’ eyes, pigs’ kidneys, and even fetal pigs taken from their mothers’ wombs in slaughterhouses. 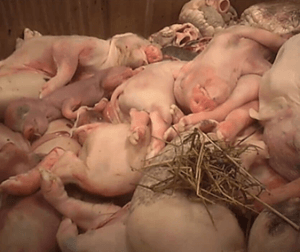 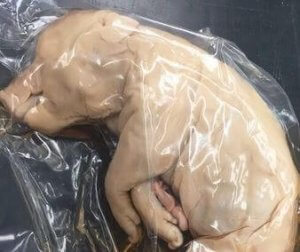 In addition to discouraging students from furthering their studies in science, PLTW is exposing them to toxic chemicals and leaving them ill-prepared for college. Peer-reviewed literature confirms that students taught via modern methods—including digital dissection and realistic models such as SynFrog—perform better on assessment tests.

Not one U.S. medical school uses animal dissection as a teaching tool for students, and middle and high school courses don’t need to, either.

Below are ways you can push PLTW to be true to its name and genuinely lead the way for students by giving them access to superior, humane, non-animal teaching methods.

Let its followers know that by forcing students to dissect animals, it discourages them from enrolling in science classes.

Share this image on your social media pages and ask your friends to join you in speaking out against these gruesome procedures. 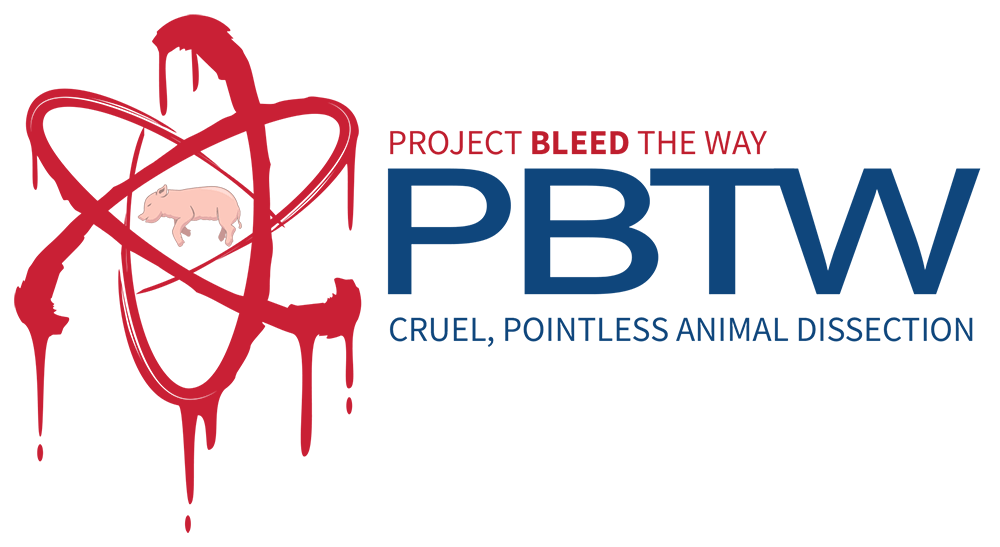 Use your own words or this sample text in your posts:

Call the company at 1-877-335-7589 (select option 3) and tell the representative that you want PLTW to switch exclusively to modern, animal-free curricula. Politely ask them to pass the message along to management.

Please let us know how your call went. By submitting the form below to PETA, you’re not taking action or contacting the company again. This is a feedback form to help us improve the call-in experience.

Let Us Know How Your Call Went

Is your alma mater using a PLTW curriculum (specifically, the Gateway or Biomedical Science program) that includes animal dissection? Find out here, and if so, send school officials a letter asking them to replace animal dissection with modern teaching methods, such as digital dissection. Feel free to use our sample text below, but using your own words may have more of an impact. If you hear back from your school and would like to share its response with us, e-mail [email protected].

Subject:
A request from a former student regarding animal dissection

I’m a [graduate, former student, etc.] of [School]. Although it’s been a few years since I walked the halls, I have many fond memories of [elementary, middle, or high] school and the teachers who made learning fun. [Add an anecdote about your favorite teacher if you’d like.]

I wish I could say that all my experiences were positive, but I recall that classmates dissected animals, cutting into them as though they were objects, and it concerned me when I was a student. I’d like to share some relevant information with you so that our school may move forward with humane science practices and leave animal dissection behind.

U.S. medical schools don’t use animals to teach would-be doctors, and incoming medical students are not required to have experience dissecting animals. There are many journal articles detailing the overwhelming evidence of the superiority of humane methods—like digital dissection, clay modeling, and the SynFrog. Furthermore, Gen Z is hyperaware of social justice issues—including animal rights—and requiring or even exposing students to animal dissection can discourage them from pursuing careers in science. This white paper is fully referenced and helped me understand that dissecting animals isn’t the best way to learn. I hope you find it similarly valuable.

As a student, I knew that dissecting sentient beings was wrong—and I wondered, “What if this were done outside the classroom?” People would be horrified to see young people cutting apart animals’ bodies. There is an epidemic of animal abuse among youth, and we certainly don’t want to encourage it in any way by having students dissect real animals when they could use superior, humane simulations instead.

Schools have willingly met the challenge of remote learning during this pandemic, and I applaud our community for embracing change. We have an opportunity to reflect on and analyze what is useful and what needs to improve. I want to be proud of the school that influenced my formative years, so respectfully, I’d like to ask that [School] formally end animal dissection. My friends at PETA would be happy to help facilitate the transition toward modern, animal-free science.

I hope to hear from you soon and can be reached at [e-mail]. Go, [School Mascots]!