Chickens are arguably the most abused animals on the planet. Together with turkeys, they make up 99% of all land animals slaughtered for food in the U.S. There isn’t a single federal law in the country that protects them from abuse—even though most Americans say that they’d support such a law.

How is this even possible? A new animated video is shining a light on some shocking facts about chickens used for eggs and meat. Watch The Science of Chickens, made in collaboration with Beautiful Science, to discover all the reasons why more and more people are making the kind, conscientious choice to ditch meat and eggs.

The time for eggscuses is over! Here are 10 reasons why you should stop eating chickens and their eggs, according to The Science of Chickens.

1. Many people don’t realize it, but chickens are very intelligent.

They can perceive time intervals, anticipate future events, recall the location of a hidden object, and recognize over 100 individual faces—not only of fellow chickens but also of humans.

They even pass down knowledge from generation to generation.

2. Mother hens begin communicating with their chicks before they even hatch.

While the babies are still inside their shells, the mother hens cluck softly to them and they chirp back.

Chickens communicate with more than 24 vocalizations, and each one has a distinct meaning. They even purr when they’re petted, like cats.

3. A staggering 80% of antibiotics sold in the U.S. aren’t taken by humans—they’re consumed by animals, including chickens, who are used as food.

By using feed laced with antibiotics, farmers can cause chickens to grow twice as fast. Over the last decades, genetic engineering and technology have produced even bigger chickens with even more flesh for meat.

4. Chickens raised for food fall into two industry categories: broiler chickens, who are raised for meat, and egg-laying hens. Both endure immense suffering on farms.

Modern broiler chickens have skeletons that are significantly bigger than their wild ancestors, with a wider body shape. Decades of selective breeding causes their leg and breast muscles to grow rapidly, and this leads to a relative decrease in the size of important organs—such as the heart and lungs. These birds have been rendered ill and unfit by genetic manipulation, poor diets, antibiotics, and other drugs as well as the toxic air and bedding in the severely crowded sheds where they’re forced to live.

Throughout the world, approximately 5 billion egg-laying hens are confined to cramped battery cages, many of them in production complexes holding a million or more birds at once. On average, each caged hen in the egg industry is afforded only 67 square inches of space—that’s smaller than a single sheet of letter-size paper.

On farms, chickens are artificially hatched, fattened up, and slaughtered at just 45 days old. The meat and egg industries kill more than 50 billion of these young animals every year.

Male chicks born into the egg industry are considered an unwanted byproduct and are killed shortly after birth, since they can’t lay eggs and aren’t used for meat. In the U.S., the most common way of killing them is tossing them into a macerator, which grinds them to death, ripping them to pieces while they’re still conscious.

Most “free-range” hens live in extremely large flocks that can consist of many thousands of hens. Despite the misleading industry term, most of them never go outside until they’re loaded onto a truck and sent to slaughter. They also typically endure more injuries than caged chickens as a result of being so crowded together and having no way to establish a natural pecking order.

Animals raised on organic or free-range farms are typically transported to the same terrifying slaughterhouses used by factory farms. Many are scalded to death or dismembered while they’re still conscious.

Today’s hen—selectively bred and artificially induced to yield high egg production—lays more than 250 eggs annually, compared to the 100 eggs a year each hen produced a century ago.

Eggshells are mostly made of calcium carbonate, and for each shell produced, the hen loses approximately 10% of the calcium stored in her bones.

A comparison of the amino-acid sequence from T. rex collagen showed that it’s remarkably similar to that of modern-day chickens. The T. rex is actually more closely related to chickens than alligators.

It’s speciesist to believe that farmed animals don’t suffer or feel emotions to the same extent that the animals we lovingly share our homes with do.

The best way to prevent chickens from suffering is simply to avoid eating them or their eggs.

We’ll even help you! Right here on our site, you can browse hundreds of meat- and egg-free recipes and learn more about the ways eggs can be damaging to your health. 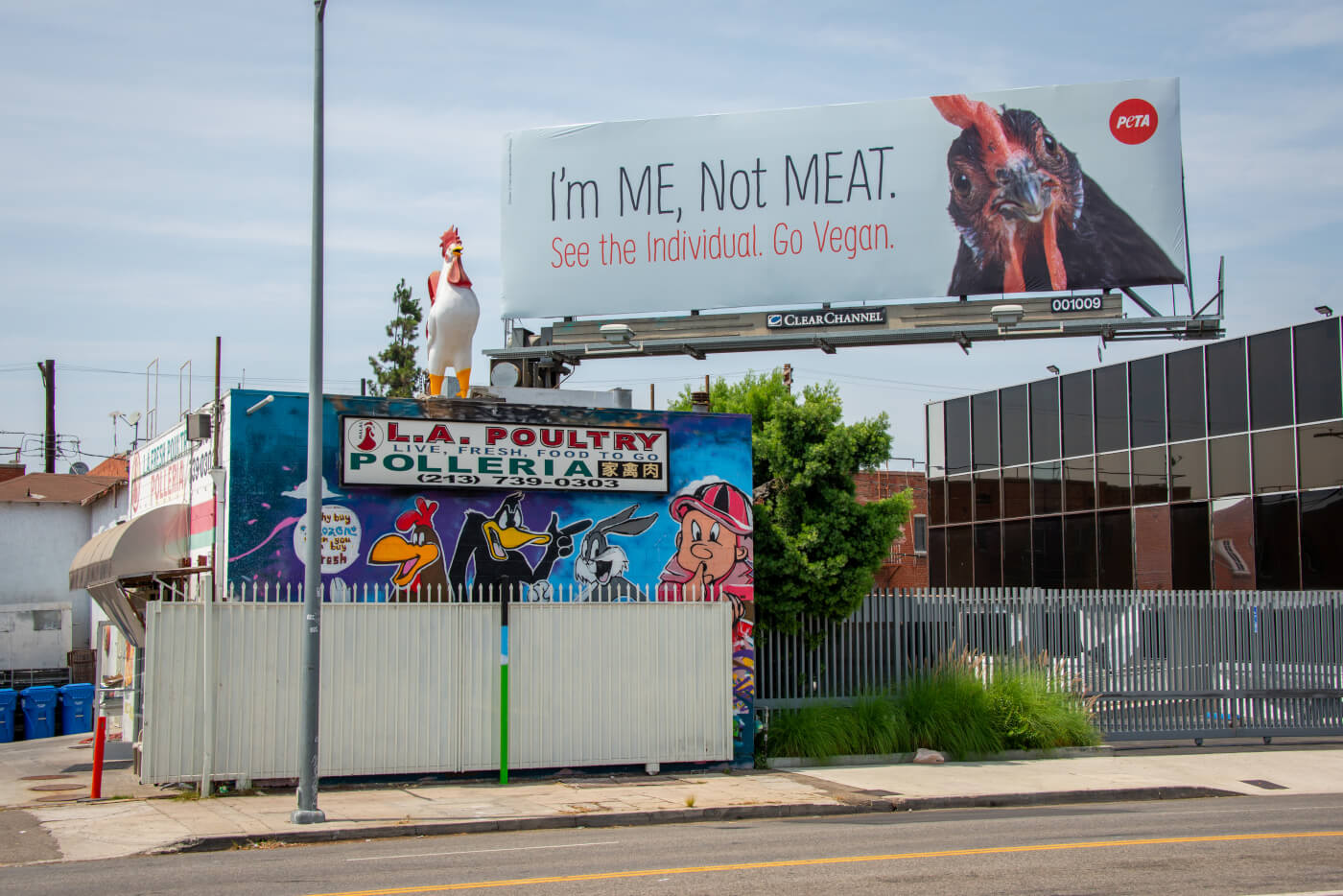