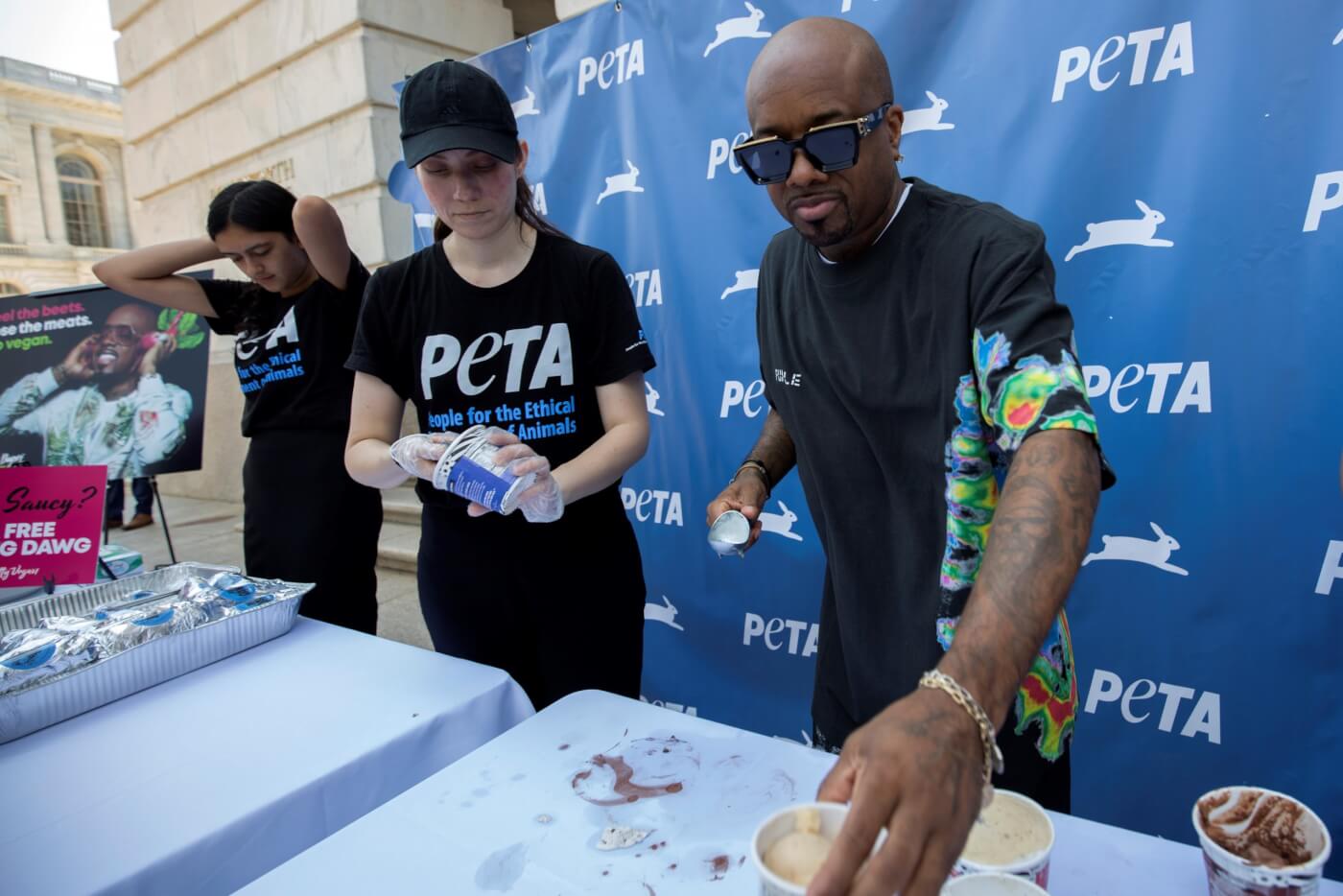 Dupri, a longtime vegan, has teamed up with PETA for a “Feel the Beets. Lose the Meats” campaign—the theme of this year’s congressional luncheon. “Vegan food will have you feeling your best and helping animals, and that’s the positive message we wanted to get out today,” he says. “I’ve been working with PETA for years to promote healthy eating, and it’s only gotten easier since I made the vegan switch over a decade ago.”