Calabasas, Calif. – After Travis Barker and Kourtney Kardashian hit a chapel in Las Vegas to “practice” their nuptials in matching leather jackets, PETA sent the couple an eco- and animal-friendly version of their go-to his-and-hers look to wear when they formally tie the knot.

The vegan jackets by NOIZE are kind to cows and the planet—as the leather industry is one of the leading contributors to deforestation, pollution, and the climate catastrophe—so they should appeal to the happy couple. Barker is a longtime vegan who previously starred alongside his daughter, Alabama, in a PETA campaign about speaking up for animals. As he explains, “We’ve always loved animals, and we choose not to eat animals.” And Kardashian is following in his footsteps by embracing vegan meals, too—as her website reveals, going vegan is something she’s “passionate about given the environmental impacts that eating less meat has on the planet.” 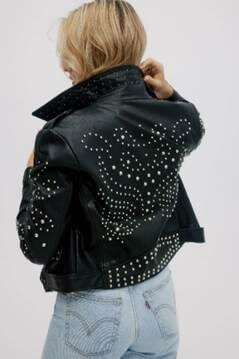 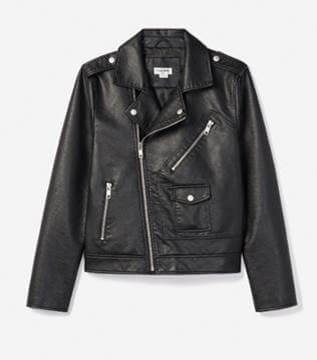 “A vegan leather jacket is a great choice for anyone who cares about animals or the environment, so this matching ‘Mr. and Mrs.’ set is perfect for Travis and Kourtney,” says PETA Senior Vice President Lisa Lange. “All of us at PETA wish them a very happy plant-powered future together!”

In the U.S., many of the millions of cows and other animals who are killed for their skin endure the horrors of factory farming, including extreme crowding and deprivation as well as castration, branding, and tail-docking—all without any painkillers. At slaughterhouses, animals are sometimes skinned while still conscious.

PETA—whose motto reads, in part, that “animals are not ours to eat, wear, or abuse in any other way”—opposes speciesism, a human-supremacist worldview. For more information, please visit PETA.org or follow the group on Twitter, Facebook, or Instagram.