Philadelphia – Freedom isn’t just a human right—it should be an unalienable right for every living, feeling being. That’s why PETA has placed a new ad near the iconic Liberty Bell showing a sheep, a pig, and a cow next to the words “#EndSpeciesism. We All Have a Right to Life, Liberty, and the Pursuit of Happiness.” The ad is part of a nationwide campaign against the misguided human-held belief that, despite their extraordinary talents, abilities, and intelligence, all other animals are inferior to our species.

“Only human supremacism stops us from accepting that all living beings are created equal and that all have a right to life, liberty, and happiness,” says PETA President Ingrid Newkirk. “We must reject speciesism and secure ‘liberty and justice for all’ by valuing animals for who they are as individuals, not for ways they can be exploited.” 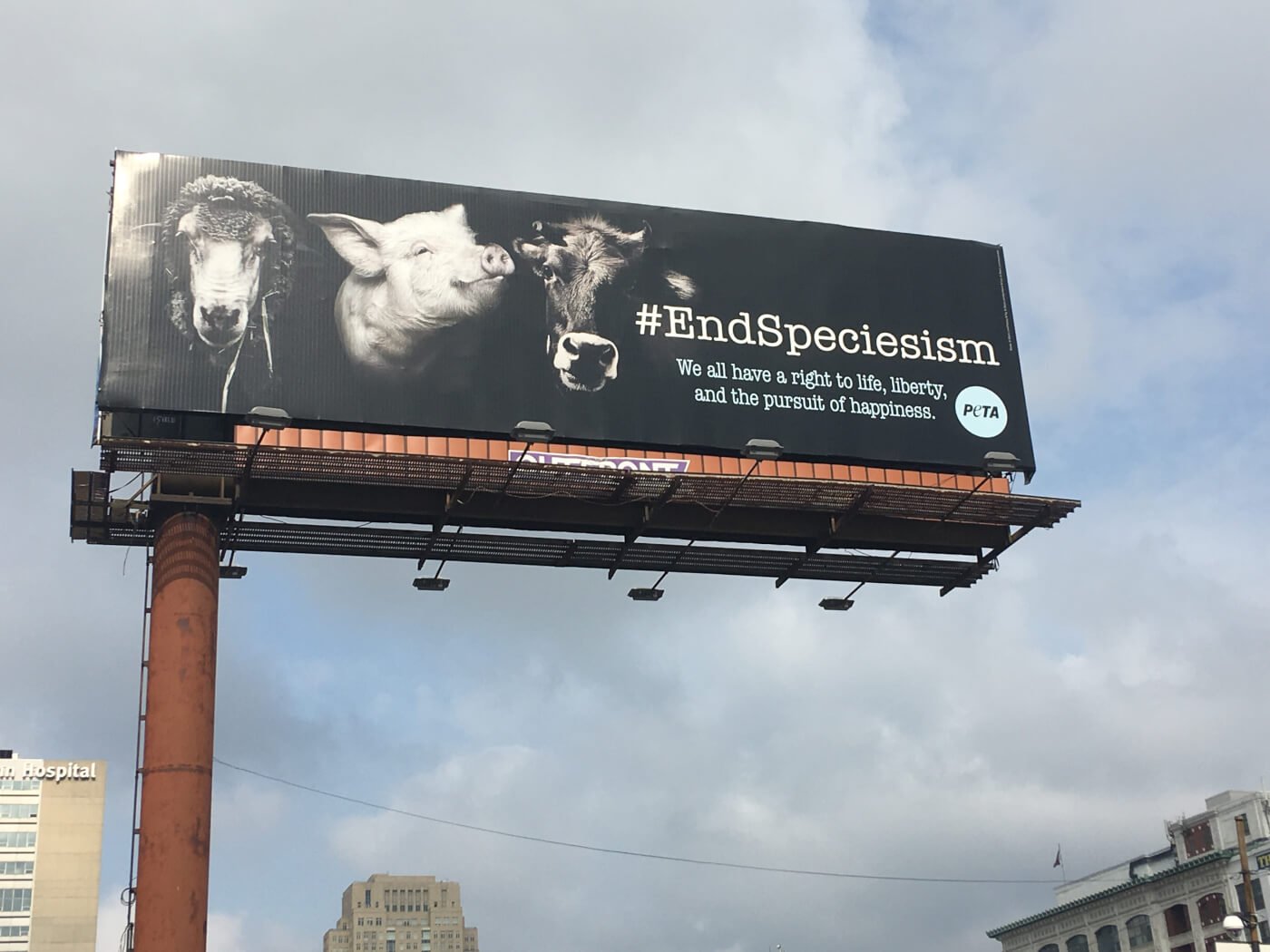 Speciesism is used to justify denying other living, feeling beings their freedom and using them as property, objects, or even ingredients in food and materials for clothing. Because of this prejudice, highly social primates are caged alone in laboratories; billions of cows, chickens, pigs, and others are hacked apart in slaughterhouses every year; coyotes are trapped and their fur is stolen for jacket trim; and tigers are whipped to force them to perform in traveling circuses.

PETA—whose motto reads, “Animals are not ours to experiment on, eat, wear, use for entertainment, or abuse in any other way”—encourages everyone to combat speciesism by buying cosmetics that weren’t tested on animals, choosing vegan foods and fashions, staying away from animal circuses, and rejecting all other exploitation of animals.

The billboard is located near the intersection of Summer and N. 13th streets. PETA’s #EndSpeciesism ads will be running on billboards, bike racks, and bus shelters around the country, including in New Jersey, Ohio, Vermont, and Wisconsin.