Grand Rapids, Mich. – As school resumes, PETA is offering local students, families, and educators a lesson in compassion through a sky-high message that just went up near Sibley Elementary School. Because the dairy industry separates baby cows from their mothers—and because sugary cow’s milk is unhealthy for humans as well as indigestible for many—the group’s appeal urges everyone to make kind choices for all families by opting for healthy vegan milks. 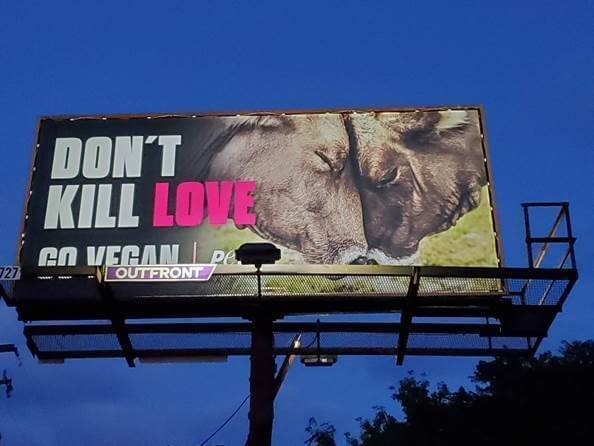 “Behind every milk mustache is an abused mother cow on a dairy farm crying for her stolen baby,” says PETA Senior Director of Youth Programs Marta Holmberg. “PETA is encouraging families to start the school year off right by reaching for healthy and delicious vegan milks that leave gentle cows in peace.”

Calves are separated from their mothers in the dairy industry so that the milk meant to nourish them can be consumed by humans instead. Females cows used for milk production are sent to slaughter once their bodies wear out after repeated pregnancies.

Cow’s milk is one of the leading causes of food allergies among children, and millions of people—roughly 65% of the global population—are lactose intolerant. Soy milk contains the same amount of protein as cow’s milk but is free of saturated animal fat and cholesterol and has 2 grams of fiber. (Cow’s milk has no fiber.) Even vegan chocolate milk has only about half the sugar of cow’s milk.