Cruelty to Animals on My Campus? Tell Your Alma Mater that Animal Suffering Matters to You! 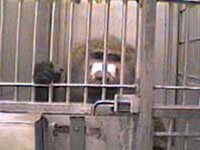 At just about every university and college, tucked away on secure floors behind locked doors, animals are being used in experiments. Now, you can do something about it. But first, brace yourself to read just two current examples:

Make Sure That Your Donation Isn’t Used to Hurt Dogs

Some medical and veterinary universities still include “dog labs” in their curricula in which students perform surgeries on or inject drugs into dogs to make their hearts beat faster, for example, or to observe their muscles contract. Dogs have woken up in pain during sloppy, improperly handled procedures.

Universities including Harvard, Stanford, Yale, and Johns Hopkins University School of Medicine ended dog labs. These schools use more effective, relevant, and humane methods to teach students about human anatomy and physiology, e.g., allowing students to observe human heart bypass surgeries. It’s a step in the right direction—and you can help push these and other schools to stop all animal tests.

Next time you receive a solicitation from your alma mater, use PETA’s “Donation Withheld” stickers to indicate that you are withholding your donation until the institution stops cruel animal testing. Try to get former classmates to do the same. Such actions get noted by the development department and will be acted upon as complaints grow.

For information on colleges and universities that do and that don’t have live animal laboratories, visit the Physicians Committee for Responsible Medicine’s Web site at PCRM.org.